This Is My Best Advice About Polls 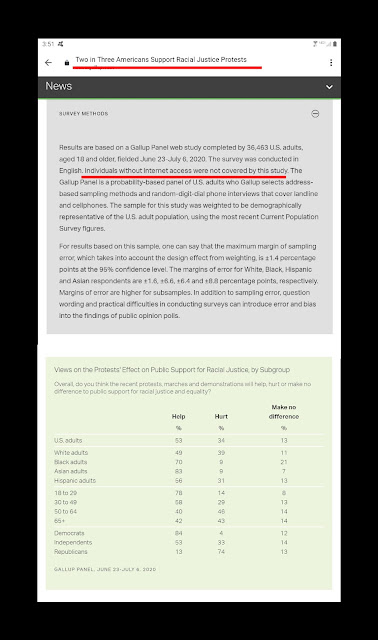 Any figure cited by any polling organization, either singularly, or, in concert with other (mainly media) organizations, is subject to a 93% margin of error.

ALL THE DATA OMITS A HUGE PERCENTAGE OF OLDER AMERICANS, RURAL DWELLING AMERICANS (FOR WHOM THERE IS ZERO INTERNET ACCESS), AND DISTRUSTFUL OTHERS WHOM NEVER VENTURE ONLINE...AND ALL VOTE EACH ELECTION. This has created a false reality...

As a Political Scientist, and a Historian, I can assure you that there is every indication that these two elections, 2016, and 2020, will hold a "lesson making" place in History, for the presumption by so many people....twice....that everybody is online, and therefore, we can trust the results of thinking critically in this cherry picking logical fallacy's dividends: that Trump will lose both elections.

The margin of error is impossible to calculate because the poll takers, themselves, have ignored the mathematics necessary to include the views of a huge percentage of eligible voters. And, in ignoring their voices, they also ignored the math.

And the math, of course, is impossible to calculate, due to there being a complete deficit of given information.

Thus, insufficient data is being passed off as "Biden is 15 points ahead!" But, that is a flawed conclusion.

These elections shall supplant the legendary Truman shock-win in 1948, which was the archetypal  "you can't ever trust numbers." election return.

Until 2059 or so, the epoll ratings dilemma will be repeated because of how unreliable the data is. It will take that long to erase the power of non online voters from having an effect on US elections.

Here is a link to a study published by Government Think Tank, Pew Research Center, in which the data indicates that a 72% likelihood of erroneous data impedes the accuracy of any exclusively internet-access poll. I think it lands on the extremely hopeful side.

But, the analysis criteria are spot on as far as explaining the extreme disappointment which the media is setting the blacks up for, on election night.


Two of Three Americans Support Marxism:
With the Boomers taking to the street to confront the militant black organizations that presume to afflict us all with yet more Marxism, it is clear that 2/3 Americans do not support this. This figure, when considering that the entire polling audience is receiving a daily brainwashing of Manufactured Consent from the media, means nothing on election day. 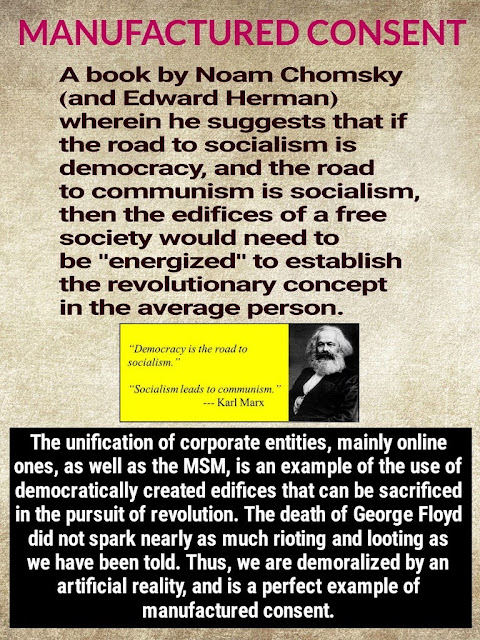 In a recent CNN interview, outspoken R Trump opponent du jour, Fmr Cong Tom Hogan, from Arizona, refused to instill any credibility in them, whatsoever, reminding the anchor of the 1948 Truman debacle.

And, overlooking the sheer rage of modern boomers, X-r's, (like myself), and right leaning zoomers, whom do not occupy a place even within the Gallup poll, what we see is the emergent failure of the digital world to transpose, in perfect condition, into the real one, with the information intact.

Thus: with 100 days to go, I am, without supporting either major party's candidacies, predicting it will be a less narrow margin for a Trump victory...
Remember: the polling data is all as real as Mario bros. Ever actually met them? Didn't think so.

There are three kinds of lies: lies, abominable lies, and statistics. ~Benjamin Disraeli