The Two Week Existence of the Bugaloo Boys


The 2 Week Existence of the Bugaloo Boys 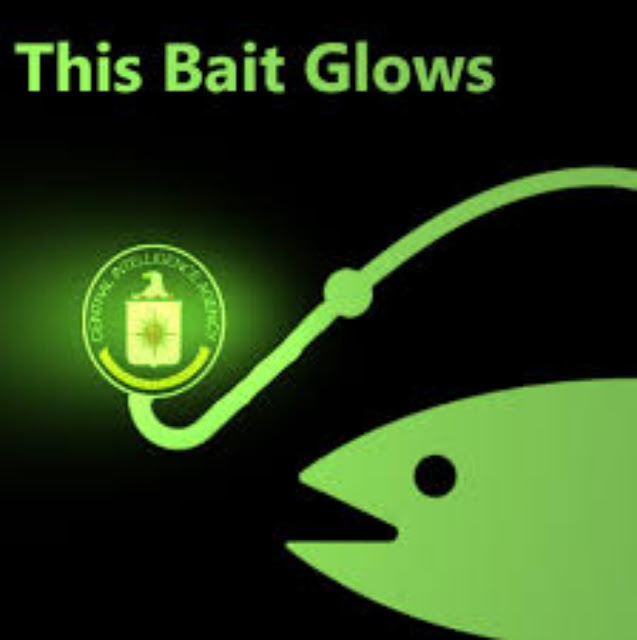 Psssstttt....hey, kid?! Ever heard of The Bugaloo Boys? This is what we mean by, "glownigger."

This is patently ridiculous!

The hastily contrived, GI-tier created, and the absolutely fictional Bugaloo Boys movement, which is a US Govt sheep dipped "far right wing" organization trolling 4chan, is promoting entrapment, and losing confrontational facedown against most who challenge them. We know you're FBI. We know agents did like 8 photoshoots, and BS cyber tricks are encouraging meetups with Agents to shoot idiot protesters who are also not what they appear to be.


Wikipedia is so obvious. Not one single shred of proof can be found that substantiates the existence of the Bugaloos as having been effective prior to the date May 30, 2020. If you look: there is a March 2019 citation on the Bibliography, above. I read the article(s) 3 times: in the ADL's publication, there is not one single mention of any Bugaloo Boy. True: they mention White Supremacists. But, the Bugaloo Fad is not real. 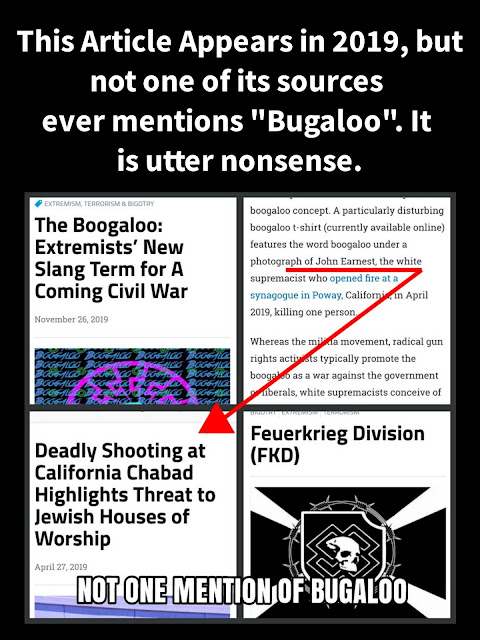 Barr's sheep dip makes it official...
And, it was dead before it ever truly lived...
By far, though, the worst example of Manufactured Consent would be the complete forgery published by the Anti Defamation League.

In this article, published Nov of 2019, the claim is made that, "The FeuerKrieg Division has mentioned the Bugaloo throughout their history. But, that same article links to sources that do not mention the Bugaloo, anywhere. And, the "video" making mention of them cannot stand up to scrutiny, nor can it live up to scholarly provenace.
It is Government/ADF sheepdipping.

This makes the Wikipedia bibliography, citing that article, to be a forgery: because it is citing an article which contradicts itself in many ways. It is hearsay, and hearsay is not proof.

One cannot debate that Barr saw that the riots were coming, which is suspicious.  He knows money from Soros's Open Society got dropped all over the nation, but he couldn't have possibly been responsible for the riot. No, he saw the money, and understood the motive.

The US Government agrees that this type of crap being spun by the Left is worthy of confrontation. And, that same government tried to stop it.

The US Government does not understand /pol/, and most likely never will.

The media lied about this, lied about the significance of George Floyd, the human being, and conspired to canonize a true piece of human shit.

Pressure dies when Trump is reelected on election night. Not my wishes, just the two track mind that the media functions on when set to "normal".
We know we were lied to about so much by this government, but are content to witness it get exactly what it has coming....