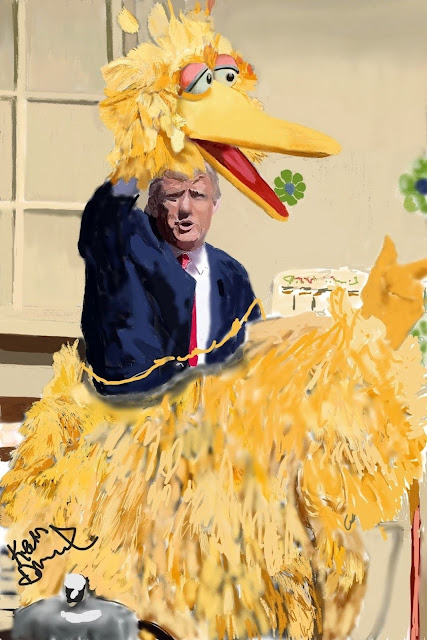 In the United States, this is an election year. And the laws of political hackery state, that as long as he makes the correct decision about all things COVID, and is able to remain believable by his adoring public, while simultaneously keeping the death rates low: Trump is going to win in 2020.

Now, I know that's not what most folks want to hear, it is nonetheless true.

Consider what the mainstream media did to the Sanders Campaign over the last few months? Although I don't think his views being realized would achieve anything short of disaster, it's clear that the political divide in the United States is more or less a smoke and mirror show.

It's not even fair to call this process an election, because of the fact that the Founding Fathers could never have anticipated the effect that the media would have over the voting populace,
and the true brainwash which is always at play, each and every single day.

But for the Trump Administration to continue to pursue aggressive trade and  military policy against the Eurasiatic Alliance, in particular, Russia, Iran, and China, is an intentionally conveyed and rhetorically self-renewing chain of causality. It is an argument which is easily reciprocated, and intensifies along a gradient of convenience, which renders no positive yield for anyone.

Instead, it has the potential to provoke the necessity for an ongoing Economic and Political struggle in the United States: across the board.

The US must suffer economically, and militarily; until the people calling their experimentation against the nations, and customs of others, "political bluffery", cease not being appalled by their own arrogance.

Blaming the Chinese Communist Party for COVID is desperately naive. Blaming China for COVID is as naive. It could be the China weaponize COVID. But there is no proof, nor strategic effect which would hardly serve Chinese interests in having done so.

The US could have easily done it too. But, for identically exculpatory reasons, it is as unlikely.

Americans ought not permit their lack of understanding about how the Chinese government is stratified to be converted into any sort of systemic blame fixation, a la, "WMD's in Iraq".

There is COVID onboard strategic US under sea vessels which is not being discussed.

How is that even possible, since it was first detected in January, and onboard a vessel that had not had resupply since early October?

Now, it has become the US Navy's dirty little secret.

There is the issue of Patient Zero in California, an issue which was widely discussed in the media, yet now has become buried by all the rhetoric coming from the White House.

How did COVID arrive in California, and a separate strain of, it no less? And, in late December/early January, when the breakout first began in Huang?

While this president keeps pointing his finger, he continues thinking he can simply keep poking that nest of cobras without personal, professional, and Historic ramifications. He continues to demonstrate that he is incapable of acting on an international political stage, with anything resembling skillfully gained insights.

An inflexible blame fallacy is a Common Thread and every unnecessary and diabolical War.

And, this is why COVID may exist: because "democracy" cannot remove Donald Trump.

COVID has definitely been Karma for the United States's ignorant, and nearsighted international diplomatic strategies. For that reason, any talk of anyone having weaponized COVID, in order to create the crisis we are currently in, globally, is most likely delivering the conclusion of a moron.

Please be conscientious about the way that blaming China is being used to manufacture consent for wars, aggressive trade policies, and more problems..... perhaps worse than the ones we have, now.

When American leaders are indicating a direction to devote more of the same failures Trump has created already, we need to realize that our sorrows may very well be extended.