What Is the Time Signature of TesseracT's Of Mind?

What is the time signature of, "Of Mind", by TesseracT?

There are many incorrect answers for this, and some confusing drum tab. This is probably more of that, in some folks' opinions....


We are going to split this into its separate entities, mainly because I have a lot of other stuff to do, like fight child predation on PenUp, and plot against my enemies. 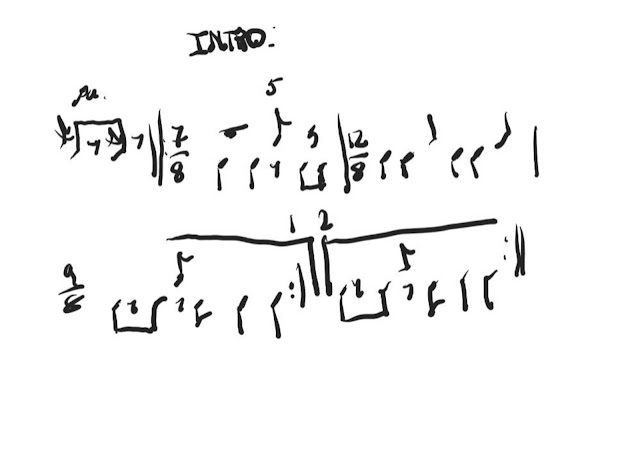 With a quick look above, you can see that at least the opening riff is one bar of 7/8, with snare popping on the 5th count of the seven 8th notes, then one bar of 12/8, with first and second endings at 9/8. There is also a deliberately typical "djent" quarter notes on what sounds to me to be a trash stack, which mimics a hi hat, but is normally a light cymbal atop a heavier one. Of course it could be more technically explained per section we are on, but, for the intro, that's close enough to not overcomplicate things. 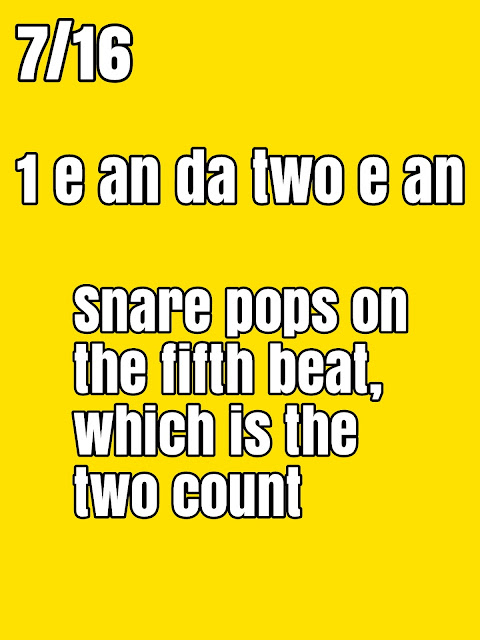 The pick up notes have a lot of colorful descriptions on Reddit and drumtab sites, with high marks for "functional absurdity" to the site that awarded the pick-up notes to be a 1/4 measure.....oh my... That's not necessary. A pick up note, or notes, begin a piece of music with a silent count, then pick up somewhere in the same measure.

The rest of, Of Mind is replete with odd sequences like this. 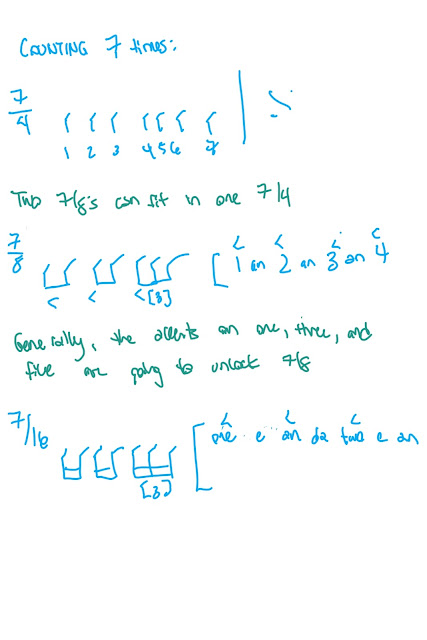 Among the incorrect stuff were 3/4, 6/8 and 12/8, as stand alone notation, for this first section. None of those are actually correct.

7/? Time Signatures are basic stuff. Not easy as such, but 7/? Times command a groove that is the best of both worlds, being math, yet possessing a je ni ce quoi that prog metal must now understand, intrinsically. This is not a new thing in music, Rush was playing 7/16 back in the 1970's, and there's really no other (even) count, like 3, 6, and 12 counts, that will function in 7 times. That's the main reason this needed to be spelled out. The 12/8 following the first bar is a easy enough fit, and the 9/8 first and second endings could be notated in 3/8, enough said. 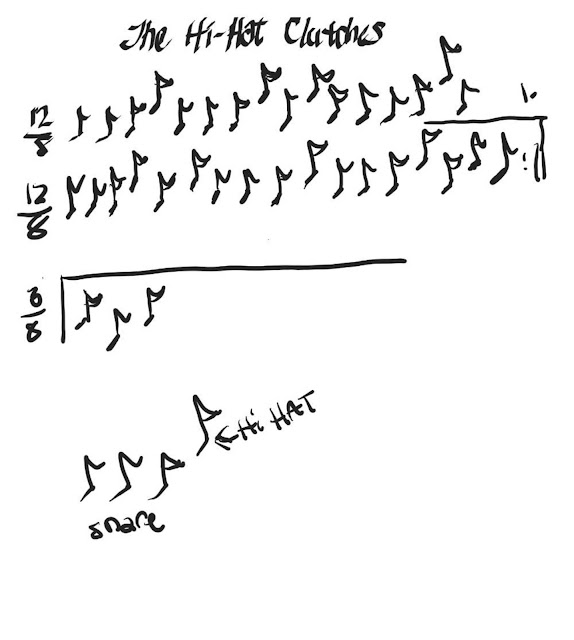 Now, the verses that follow the section illustrated above are correct at 12/8 for a while, with the usage of ghost notes coming into the melody which this drummer deserves a hug for creating.... But, using two hands on the hi hat kind of forces you to clutch the correct ones, leaning on the hand/feet combos that are comfortable for you.

But, this is only a suggestion to developing a feel for what is going on in these measures; it is a lot.

If you're right handed, then you'll be seeking to match these notes on your right hand on the hihat, and right foot, playing 24 16th notes using both hands, and the above notation.

The chart, above, is actually what is going on, in terms of downbeat, and hi hat clutches.
There are two 12/8 measures, and the addition of a 3/8 measure for the 12/8 that has three more eighth notes, on the last repition prior to reapeating the figure.

This is my logic for writing it this way: it is easier to write this out as is, instead of writing out 3 measures @12/8, and one at @15/8.
It was about both economy of writing space, but also, for easier explanation.

This is 6/8 feel in a 4/4 verse. It is possible to notate every other instrument, including the drums, at 4/4, or even 2/2, however, it is merely my personal belief that accepting the time signature that allows me to connect with this music, and to consistently write what is happening without having to leave blank spaces, and without having to use too much or too many confusing values is the greater part of loving it. It ticks for everybody at 4/4. And that is the bottom line.
This was the one thing I saw online that was correct, except a nasty berating for a newby who asked if 10/8 was correct... fuck those foul mouthed know it all wannabes! Kid, if you see it at 10/8, and can defend the case for it, that's why they call it theory!

You Can Break Me

"Wake me up":
Near the end, the section, noted by the vocals, "Wake me up", repeating, is a riff written in 9/4. "Wake me" is on the first (wake) and third (me) notes of a quad of 16ths, which means that wake me is on two eighth notes.
"Up" is sung on the downbeat of the first count of the following measure of 9/4.

That means there are two bars in 4/4, and one extra quarter note at the end, where the drums generally follow the vocalist's cues.

This section is played as a slow shuffle where the ends of each odd section has a snare fill.
And the fact that 6/8 shuffles will play through evenly is not ignored by Tesseract, as they capitalize by making each section have a 6/8 feel, and lots of room for melody. 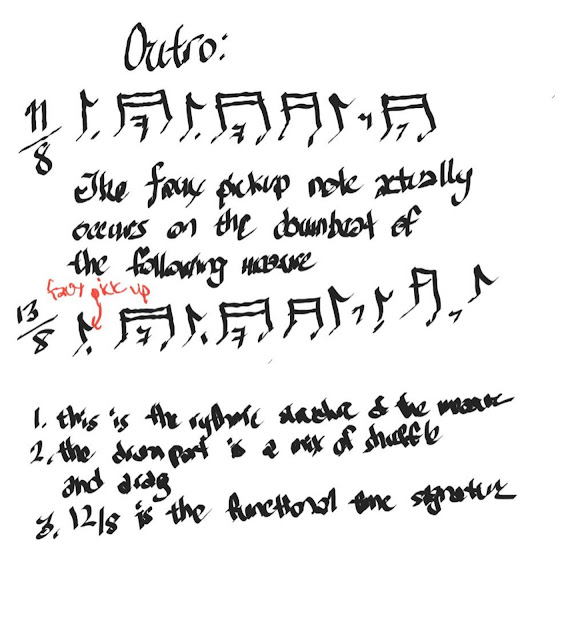 There is a relationship between the ghost notes played on the hi hat, and this rhythmic figure: but it is indirect.


The Relationship Between The Hi Hat Ghost Notes on the Second Part of the Song, and the Outro's Structure

That relationship is in how the triplet phenomenon causes what appears to be a slight hesitation in those notes.
The key to understanding this is to regard these notes not as stand alone 8th and 16th notes, but, as the first, and the last notes of a set of triplets.

After using both hands to play the hi hat, and becoming proficient at clutching the hi hat correctly, then I would switch to the crash ride, or trash stack, or the ride, and play the hi hat notes with my left hand.

Email ThisBlogThis!Share to TwitterShare to FacebookShare to Pinterest
Labels: How to count drums, Of Mind, TesseracT, Time Signature