The Tentacle Factor: Sen Fulbright versus The Israeli Lobby

The facts about the 1960 Fulbright Commission finding about the criminal acts of the Israeli Lobby remain unaddressed, and the turning point in the Fall of American Governance both at home, and in the world. You won't locate these via Google, censorship is godliness to tyrants. I keep posting these in order to keep hope alive....

Below: the DoJ under JFK begins the work of removing the Jewish Lobby... 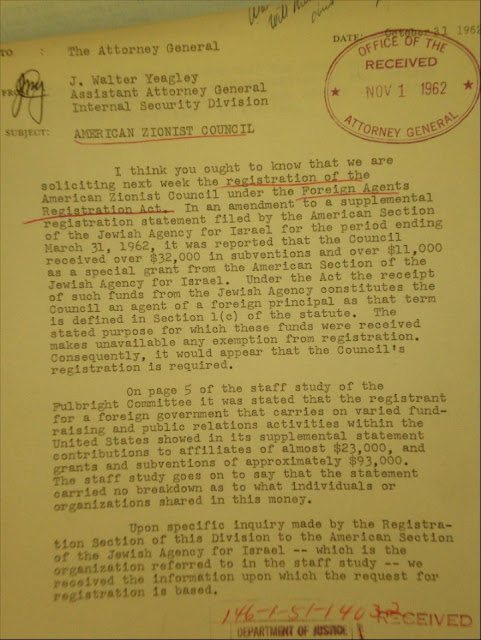 The timeline of the Jewish Takeover of the US Government, in particular, it's Military, begins at the end of the Second World War. It ends with the slaying of JFK, and by 1970, the ten years between the findings of the Fulbright Commission and the Jewish Takeover saw a vast change in US governance.

Through the Fallacy of Good Intentions, the Israeli Lobby, called the American Zionist Council (and after changing it's name to AIPAC after killing JFK) took over the US in a variety of ways. But, each one poses a direct opposing philosophy to those of the Founding Fathers.

Any group that promoted a foreign government in the US was, by law, forced to register as a Foreign Agency via the Foreign Agency Registration Act of 1928.
After the convenient slaying of JFK, the assassin of Oswald, Jack Ruby, said something that only makes sense when the findings of the Fulbright Committee are taken into context.
And, the remarks of Ruby, wherein he said that a fascist regime would be inserted right under noses of the American people, were nothing short of prophetic.
The findings of the Fulbright Commission were that the Israeli Government was engaging in acts ranging from criminal racketeering, to treason, all stem from the influence that Israel enjoys as "special relationship", one which is both illegal, and immoral.

When restoring Israeli compliance to the Foreign Registry Act of 1928, Fulbright, and his commissioners, recognized that the message to Tel Aviv was clear: the patience and enduring support of the American people did not extend into criminal abuse.
In forcing the Israeli Lobby to register in accordance with the law, this would clear the way to criminalize the influence-peddling which Israel did, and still does, ubiquitously throughout American governance.

Those taking these bribes are serving in-violation of the US Constitution, both then, and now.
And it all fell silent in their bloody act in Dealy Plaza.

Any agency which is engaged in any representative business arrangement, pays money to its agents. This makes the entire body of US elected officials Israeli Agents, violating §1 of the US Constitution.


In the case of the US, all but a very few US elected officials take money from AIPAC. In essence: the US has been corrupted from within, and lost this way, due to American elected officials becoming foreign agents of Israel.
International organizations, in particular the UN, were instrumental in the u.s. departure from the constitutional guarantees. Here, the overtly falsified Case for Iraqi War, the US was able to ignore the Constitution. The UN was how Israeli interests replaced American ones, and brought the US into it's endless warcrimes.
The effective dates are:

The facts are that the Israeli Lobby is responsible for the corrupting, and the unholy acts of the US. No party, no individual within the US government is innocent. The Israeli Lobby controls the Senate, thus: the Geopolitical aspect of American power.
And, that power is waning. This is due to the unattended hallways of opportunity that went ignored, while basted in Logical Fallacy, "Evangelical Christians" falsely believed "Jesus will only return to Israel." This idiocy is non Biblical, and is responsible for the unavoidable Fall of American Power.

The "Deep State" is actually the Jewish state within a state, and we have been warned for centuries about the ramifications of permitting this type of minority takeover of the US would accomplish. 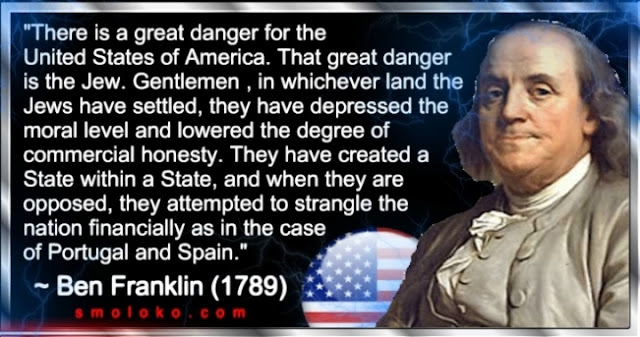