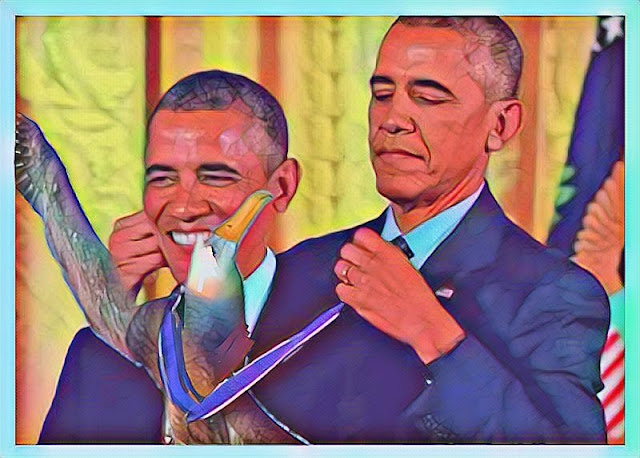 The current platform of the Democratic Party conflicts sharply with the historic goals that its members pursued as state, local, and federal government officials; whether they are elected, or appointed. This shift was never more damaging, nor as defining, as the changes ushered in by the Clinton Era.

These changes are known as the Clinton Effect....

Donald Trump has not yet lost the 2020 Election. There are many doubts that this would be the case. But, before we celebrate any victories, let's remember that a D Party Presidency means less money, equal Israel oral satisfaction, and equal violence that benefits only Israel. 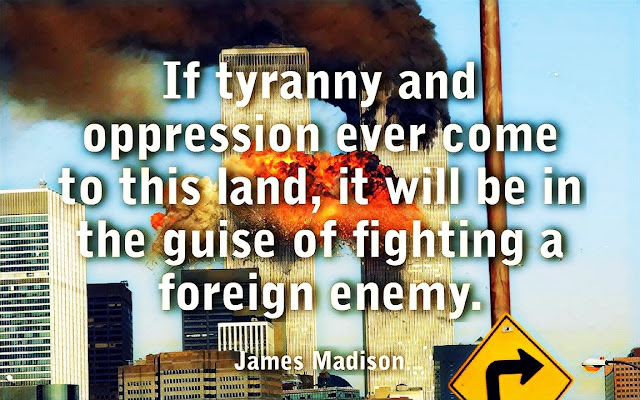 Great Democrats, like James Madison, would have easily seen through the 9-11 Attacks, straight through to the Saudi and Israeli Intelligence Officers that perpetrated them. But, we are fresh out of great politicians from either party. 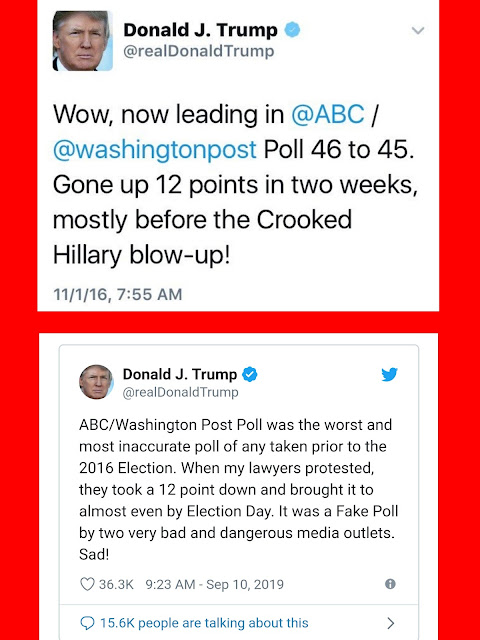 Neither of these Tweets are accurate. Trump's lawyers could not coerce a poll return... In 2016, he loves WAPO ABC. Today...not so much....🤔


The fact is, that the US cannot advance any further into the uncertain MultiPolar World because of the large stone that serving Israel has slung around our collective necks. The fact is, that our Founding Fathers warned us about the Jews, and the tendencies that they have to create a "state within a state". But, it went largely unoticed. At his arraignment, however, Jack Ruby clearly warned us that a "fascist type government would be inserted right under our noses..."

The Fall of the Soviet Union, and thus, World Communism, should have also ended Hegel........ Ever really thought about why that DIDN'T happen? 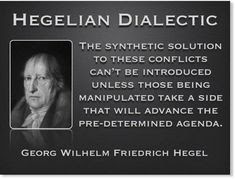 The Jewish Deep State, like most things of the Hebrew Diaspora, tends to laud intellectualism in the place of fairness. This is why 92% of the Bolshevik Revolution was Jewish, and it's why Marx, and most modern Jews that operate the state within a state (aka, the Deep State), still follow Hegel.

GWF Hegel was a political philosopher whose works inspired the Manifesto, as well as the way that the US political system views the act of voting.

Hegel wrote that a presupposed agenda, which is divided not between wrong and right, but a division of two rights (ascribing validity to both the Right and Left Wings), would require a synthetic solution to restore unity to the system. In the Jewish Deep State, and pretty much in all English Speaking governments, this Deep State is protected by the synthetic solution of "voting". It is in no way threatened by that process. 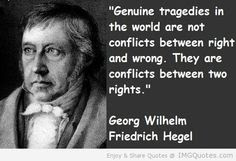 Voting has become an illusion of public participation in the outcome of the "agenda", when, in reality, nothing actually changes through the act of voting. The same wars, the same psychopaths, and the same liars run the government from it's public posts, to its hidden and unsolicited thefts of democracy which operate daily.

As the American public awakens to this Jewish Single Party Dialectic, it will most likely desperately swing from one party to the other, as it learns, the hard way, that this Jewish Deep State is real, and that our WW1&2-era leaders betrayed us to it; consigning the Constitution to the control of those whom despise it.

Those leaders allowed the corruption to enter, and, in a predictable repeating of History, this group has corrupted the nation, totally. But, the synthetic nothing that voting is cannot undo the damage. As often as Hegel has been completely disproven, and shown to be based in Didactic Fallacy, certain people remain entranced by his jive, and thus the Dialectic still works in the REAL US Government...not the one they teach us about in school....

As a result, I predict a season of one term presidencies, as the American public learns that it will take more than the act of voting to end the Jewish Single Party Dialectic. Voting has been reduced to a dansé macarbre of dedicated charades. The final State's rights over voting were seized by the Homeland Security Department. This was a response to the Russiahacked nonsense, which isn't even real. Meanwhile, hardly anyone noticed.

The Non Jewish American people, the ones afraid of awakening to the damage that the pro Israeli Lobby has done to this country, will not awaken easily...

We liked Trump, when he put us to work. We stopped liking Trump when his idiotic Trade Policies put us back onto bread lines. And, a Biden Presidency means more of the same. 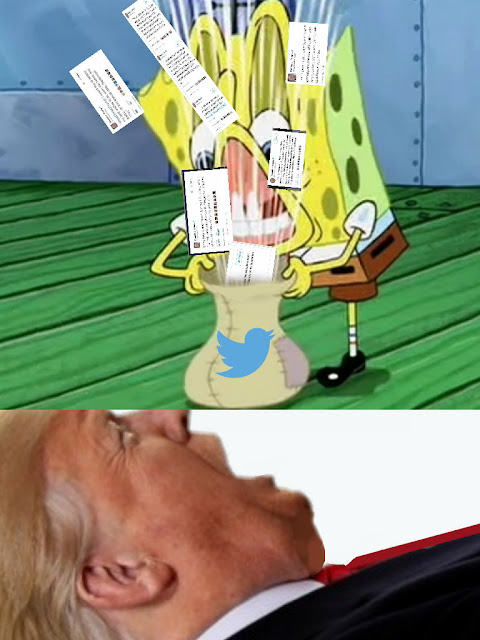 Sooner or later, the quick temper of the American people should bring about the "sudden" realization that our "leaders" work for Israel. And, that this is destroying our strength as a people. Meanwhile, this deep state promotes gay marriage, and open borders; by what are an80% Jewish majority masquerading as Americans. That slow realization would tend to create an era where disillusionment with one party becomes disillusionment with both major American Political Parties.... This will happen via a process of single term presidencies, one that reveals that the absolute dedication to Israel is a parasite afflicting both parties. And, it is killing the country. 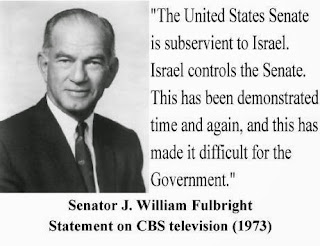 Recently, an article which explains the real factors electing Trump was written to address the problems lingering in the D Party as a result of the Clinton Effect. This is the article.

I wrote the same factors out, three years ago....but the green issues, the war against the American worker, and the LGBTP prioritization is not included in this article. 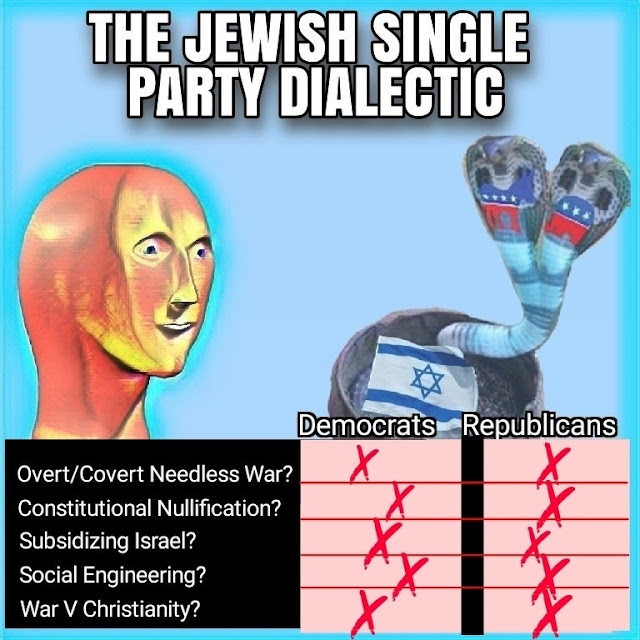 Living With the Clinton Era Democrat

Clinton came to office touting the poor performance of the Bush economy, as well as the stupidity of the NAFTA concept.
He left office with full membership in Globalism, supporting NAFTA, and having lied his way to Impeachment. His support for NAFTA became the D Party's support, which united both political parties.

Along the way, though, Clinton advanced the NATO drawdown into breakneck rates, and the budgetary salient of US Dollars that never left the Defense Budget Items, (which the previous nine US Presidents had been engaged in providing for the defense of Europe), Clinton claimed was a "budget surplus"... one which was created by his awesome leadership. This, of course, is typical political hackery. However, in the falling away of the Cold War world order, neither party seemed willing to define the rise of the MultiPolar World within its party dogmas. As a result, Republicans who voted for Trump actually believed that he could restore the Cold War dominance of the US, whereas, Democrats voting for Biden will be voting to get rich with NATO dollars kept at home, while restoring the victory for immorality enjoyed by the efforts to legislate minority status to the LGBTP community. The latter of which, he will prove unable to do, just like Obama.

These key focuses on didactic policy will fail, utterly. And, they will fail both parties, in both areas of focus.

The next true leader of the US needs to legislate an end to the Green Agenda, and the start of the recognition that the US will lose what little dominance it still has, unless it faces the brave, new world that remains in the end of both the Cold War, and Clinton's, aka, the Democratic Party's victory over the USSR being specific to the 1990's, and not the 1950's through 1991.


The green agenda is one which has the US well-ahead of Europe. Leaving the Paris Accords is of no consequence: the first environmental regulatory efforts are American, and were passed in 1936. The first similar European laws didn't go into effect until the early part of the 21st Century, and the lies promoted by the left, in particular, need to be exposed. What could be hiding within the folds of those social engineering efforts that they call a "primary education"?

A true leader will awaken us to the rise of the MultiPolar world, and the downgrade economically, and militarily, this rise spells for the US. Especially for either party voters who are looking to relive Cold War glories, or the Economic windfall of the NATO drawdown. Both of these are a past that has departed, and can no longer be options. They are lies when boasted of, by anyone....

Both parties will either face this reality, or grow further and further away from Americans, all the while becoming easier to see as a Jew Puppet state.

Email ThisBlogThis!Share to TwitterShare to FacebookShare to Pinterest
Labels: one term presidencies, The Clinton Effect, The Jewish Single Party Dialectic