On: The Political and Practical Validity of the UK Claim to Have the Right To Halt Chinese Consolidation of Authority in Hong Kong

Disclaimer: if there is a word, or term which you don't understand, just press on the word, and allow the area to highlight. Then, a menu will pop up. Select Web Search.  This works for individual words, and phrases.... 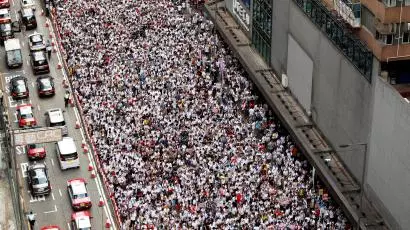 The Chinese Government is about to express the full measure of its authority against the CIA/MI-6/Mossad efforts at creating internal havoc in the nation.
But, recently the UK has threatened to intervene on behalf of the protesters as per a passage in the handover agreement that promised to never use military force against civilians.
How valid is that specific agreement in regards to the acts of the Xi Regime that are all but imminent?


There are many ways to examine the question of UK claiming it has a right to defend the citizens of Hong Kong from the Chinese Central Government, in Beijing. However, prior to going into it I can say this: both China and UK can make a case for each of their intentions. But, China has the right to halt the acts of foreign agencies, and their agents, within their territory.

Hong Kong is not a DMZ. It belongs to the Chinese. The agreement to return and restore the island to Chinese rule was older than the geopolitical system within which this promise was fulfilled.
But the assertion by the British, that it should keep its finger on a chess piece, is coming at a time where the regime in Beijing is being accosted by the Zionist and English speaking media as bearing a color of inappropriate shade.

The reality is that China has had every right to enforce it's laws, regardless of the last minute tack-on "human rights" claim. If UK cares about human rights, why does it continue to aid the Israeli government in the genocide of the only real Semitic peoples in Palestine?

So, let's answer that question firstly: geopolitics has long since ceased being about "human rights". In fact, Jews were among the only people ever aided by the UN, successfully, in an international effort to enforce human rights. The rest have been permitted under two conditions:


So, using those two historic examples of the enforcement of human rights, the UK really has a bogus claim to intervention, and cannot hope to doll it up to make them appear to have intended the global war that such a military action against the Chinese might actually touch off.

But, any notions of good or honorable intentions, in this claim by the UK, are entirely fictional, and it is imperative that be understood.

The other end of the claim is coming from the protesters, themselves. They seek Western help; since it is largely with Western and Zionist monies that these protests have grown this far afield of the normal chaotic pace in Hong Kong.

And, since any such help would be considered espionage, by the Chinese Government: the UK intervening to aid the acts of espionage for which itself and it's allies are largely responsible is not to be mistaken for a humanitarian act: it is an act of war, and intercessory in the otherwise natural proclivity of the Chinese Government to continue consolidating its power in the quasi independent Hong Kong. 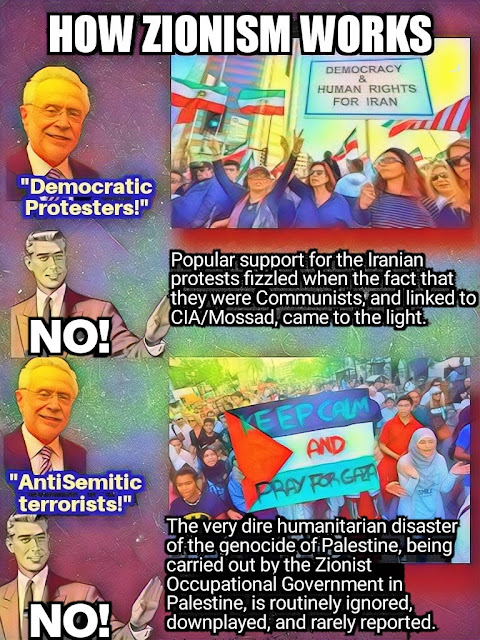 I say, quasi, because Hong Kong is more like a state within a state. It has its own border guards, its own police, etc: all of which are second to the Chinese state.

Therefore, before the crackdown comes, and it is coming, be mindful of the mind-control attempts to cheer for violence against the Chinese. It is the equivalent of Iran coming to America and shutting down AIPAC, and if that ever happens, I'll support that adversarial states should police each other. Until then, leave China to the Chinese.

Now would be a good time to reckon the snake we put into the White House in 2016, and to say your goodbyes. 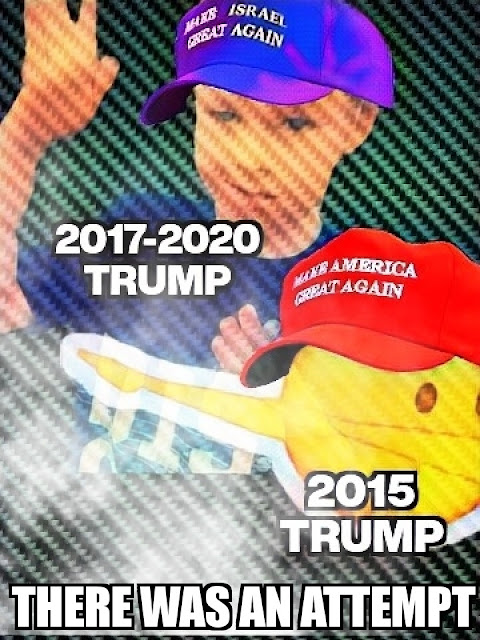 His Secretary of State and Bolton, both American Enterprise Institute members, which means Jews not by birth, seek violence that they don't have a single intent to justify nor to lead from the front in fighting. Men like these came with the AntiChrist after the Jewish Takeover of American Democracy, and will soon be in Hades, with their dad and the rest of their friends and families.

"Here come old flat top he come
Groovin' up, slowly
He got juju eyeballs he shoot
Coca Cola, he say,
"I know you, you know me...
One thing I can tell you is
You got to be free!"
~Come Together, the Beatles, John Lennon

There is massive unrest, confusion, and apologies coming from the airport in Hong Kong, where several skirmishes and assaults took place, only yesterday.

The US Navy, upon being denied port privileges in the naval yards of Hong Kong, has maintained a steady distance from the area. The Chinese navy, shadowing the UK and US Navies, and floating an armada needlessly bigger than those of their counterparts, is sending a clear message to the West. Specifically, that if there is any effort made to interrupt Chinese Authority, that South Korea, Taiwan, and Hong Kong will be visited by larger scale military responses. In all likelihood, that would be the Eurasiatic Alliance striking first against the Kingdom of the AntiChrist.

There is not a single sentimentality correct by either side, except the fact that it is China. China's government has every right to put this riot to bed. Jews, man!
at August 13, 2019