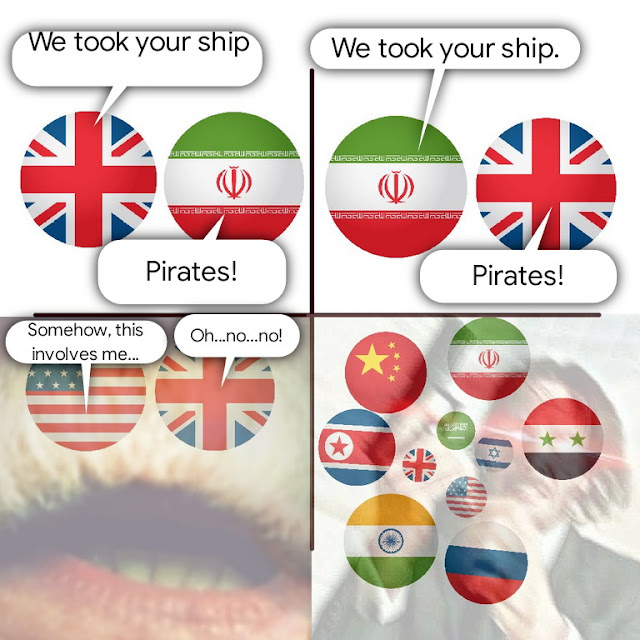 The attack against Iran is being bought and paid-for in similar fashion to paid-for YouTube views. It is fake self-assurance, and the substance lacking shall certainly catch up with the failure to plan smartly.

The American public has been carefully exposed to only certain bits and pieces of the argument, and in no way is prepared for the Eurasiatic Alliance to respond. 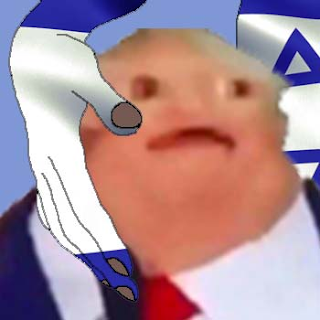 The US thinks it is going to punish Iran, and then fall back, in a posture of "and we will do this, again." Americans have not been told that the US has cultivated this war for a very long time; in violation of both common sense, and good advice. An attack against Iran is an attack against the entire Eurasiatic Alliance.
It is going to provoke a theater and global, multi continental response that will horrify the current ZOG administrations in both Tel Aviv, and in Washington, DC, as well.

The only ironic thing remains that we see UK refusing military options, so, why is the US acting as though a "surgical limited theater" type engagement is appropriate? Although the threats are now picking up from the UK, that's because the US and the Devil's Children in Israel have reminded UK that their economic lives are on the line.

That's how deluded they are. They think that this is the worst of the consequences.... Therefore, in the annals of unlearned lessons, this scale is unprecedented for the four ugly allies of US, Israel, Saudi Arabia, and the UK.

Therefore, these steps leading in to the "attack" are only cosmetic.
Because this is only a well-choreographed lie. How devastaingly ignorant and arrogant. How suicidal.

The US has been promising the Great Whore in Israel that it will beat up its neighbor, Iran, for no valid reason. The psychologically impulsive Trump has no experience in this arena and both his advisors have only wickedness, murder, and lying about it to their credit. Not one, single, useful credit can be located among them.

But, this isn't an enemy that they disarmed, then murdered. This time, they are going up against a well trained, and well armed, highly motivated enemy.

Among his clear advantages, are the moral high ground, the home field advantage, and the hubris of the US and her allies.

This time, however, God has warned the US and the US is not listening to Him. So, He is raising the response, and strengthening the nations that will destroy the devil's children in Israel.

The US is acting under a foreign influence that has assured them of victory, in spite of the information provided by this source having been, historically speaking, 100% wrong. 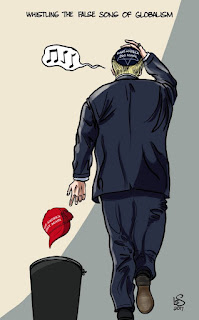 But the claim that the US is mobilizing assets is kind of dishonest: the US is now admitting that its buildup for this type of action, which began on Inauguration Day, will now be talked about in the media, where it had been hidden...

Limited Theater Engagement: the US system of containing an enemy outside of one zone, called an exclusion zone. The doctrine relies on surgical air power, and incurs huge losses to ground personnel. The best defense against this strategy is to take the fight to the US.

Meanwhile, the Eurasian Continent has been activated to respond to this in an overwhelming, first-strike-wins, attitude. This alliance has been threatened, and is not going to wait for the US to buildup a larger force. The Eurasiatic Alliance has no choice: the US is aggressive, has a history of using international organizations to forcibly disarm Israel's victim du jour, and then, the US murders and butchers millions of innocent people.

The US has espionaged, sanctioned, and screwed itself into a well deserved swan dive into the Stone age for the ZOG, and a new 1776 for those fortunate souls who figured out who the real enemy was, and that it had entered the US like a parasite, with teeth made of fake tears and the lies spewing from the Holohoax. 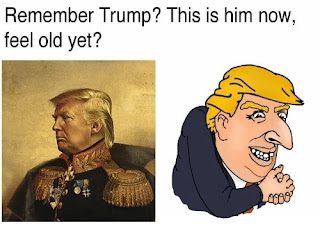 The initial use of nuclear weapons will be devastating for Riyadh, Tel Aviv, London, and the entire US military profile, globally.

Europe will be spared as long as the belligerent acts of the US are limited to the UK, which have not been requested by UK, and are a cooperative effort planned with Riyadh and Tel Aviv for two years. 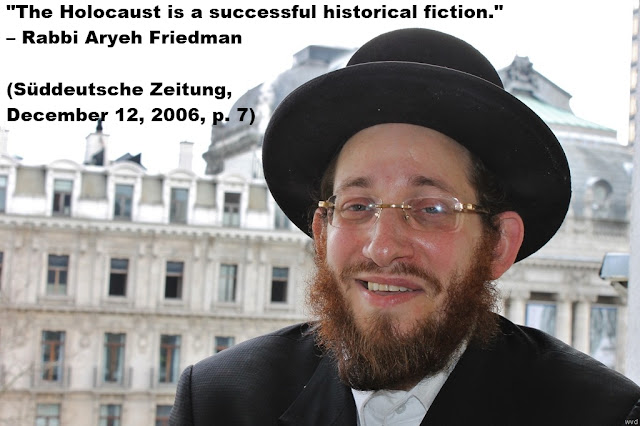 Red Sea/Suez
This will be capped at the Southern end by China, and the Northern end, by Russia. El Sisi (Egyptian leader) would not be willing to undermine either side of this war until the victor is clarified. By the time that these operations begin, the more pressing overland invasions of Israel and Saudi Arabia will be near complete.

Panama Canal
China will destroy the canal in order to limit the naval response of US assets that survive and remain undersea. These assets will be the focus of Hunter Killer missions for the next two years.

It is the dawn of a new era, having destroyed the four nations that, together, are responsible for the torment of the peace loving people of Earth, since the dawn of time... 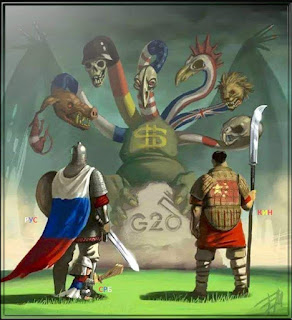 In the last weeks of 2018: the Kingdom struck a blow in the sight of the living in both Louisiana, and New York. Rather than heed the warning, the US simply lied, told people that they did not see that which they had clearly seen with their own eyes. And now: the liars believe that the God responsible is going to simply tolerate this Semitic Blood Thirst a single day more... But, don't start believing, now. Finish with a perfect record of just not getting it.

Email ThisBlogThis!Share to TwitterShare to FacebookShare to Pinterest
Labels: Devastation, Fall of the ZOG, Karma, War