Why We Cannot Trust the Zionist Press In General

In a recent Counterpunch article, a generalization about the role of the Coal Industry as a Rust Belt factor increasing Trump's electability stated that there are 5,000 coal miners in Pennsylvania. Since 100 times that number of fast food workers work in the state, Counterpunch concluded that this difference would translate to an elimination of Trump votes; industry per industry.

And, since Pennsylvania's role as swing state was ultimately the deciding factor in Election:2016, Counterpunch has repeated the mistake of so many media outlets, and before we are even certain of who the candidate for the Democratic Party is going to be, he, or she, has already been awarded the key battleground state by Counterpunch.

Counterpunch is not the only offender in this practice of logical fallacy, and false assurances of victory. In 2017, the Washington Post, which has had its fair share of credibility issues, was leading the charge about the fast food/coal industry comparison, and its conclusion about voting returns. These are not accurate criteria for determining how an election, especially, one that we will not see until 2020, is going to play out when it comes to brass tacks... And, before this subject is permitted to eek by without being properly dismissed, let's take a look at the flaws involved with this conclusion.

Here is all that is wrong with that argument.

Coal miners may be a mere 5,000 workers. However: the Corporate HQ staff of secretaries, CEO's and architects, as well as lawyers, and accountants, and IT staff, make up thousands of unaccounted for white collar employees of the Coal Industry.

Another unaccounted for group is the huge transportation component, responsible for overland, and oversea deliveries of product to the industries, like steel, who also depends on the coal industry.

In the picture above, the statistic reads only as it applies to specifically coal industrial transportation jobs that are permanent jobs. There are railroad contracts that are paid for by the Coal Industry. There are barge captain and crew jobs that Coal helps to maintain. These are not included in the statistic above, because these careers are not exclusively dedicated to Coal. 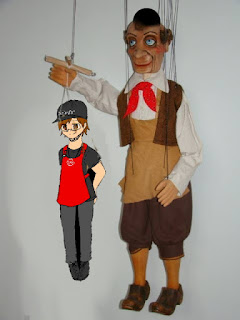 The usage of generalizations continues to demonstrate the real origins of the slanders and libels about Russia hacking the US Election of 2016.

Altogether, 5,000 miners are supporting around 20,000 other jobs that are not comparable with fast food service because they are skilled labor requiring training, they are career fields, and not Summer jobs, and are but one cog on a wheel of self-sufficiency of American labor.

There are permanent union staff, as well as hardware manufacture jobs also attached to the industry which are not counted. Each of these jobs represents a number of voters limited only by that person's family's size, as many people will cast a vote to keep somebody they care about out of the welfare system. In fact, a critical difference in these two voters is the fact that almost nobody votes to defend the fast food industry.

By no means am I declaring that people that work in the fast food and food service fields are not skilled. Management, owners, and corporate menu planners, and ad executives are examples of skilled food service industry workers. But, these are not guaranteed to vote for either party. And the workers, themselves, have always been a vital component in American Life. These positions implied by the article, as unskilled fast food workers, are by no means the only assessment of an economic class within the 500,000 who work in Pennsylvania.

But, to assume that this huge number is equal to the same number of voters is a red herring fallacy.


Therefore: these types of conclusions are rhetorical at best, and cannot do much aside from assure the Democratic voter that if Trump wins, they should perhaps use this type of conclusion to validate absolute violence.

Frankly, I find it hard to invest trust in a party dialogue that, on one hand, emphatically pushes college, and free college, at that, and the other hand, wants the public to regard flipping burgers as skilled labor.

Perhaps we are to believe that Burger College is in the American Collegiate Accreditation future? 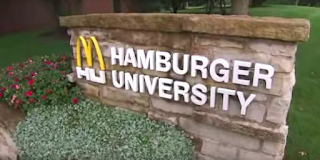 Always be skeptical of generalizations. And never believe the that Climate Change has a human cause. These are bogus beliefs founded in logical fallacy, and are planted by the elite to connive against your belief that mankind deserves to live. The subliminal content of hatred for mankind, which is the real underlying precept in Global Warming having a human cause, doesn't mean that the elite only hate people that throw plastic into the ocean. 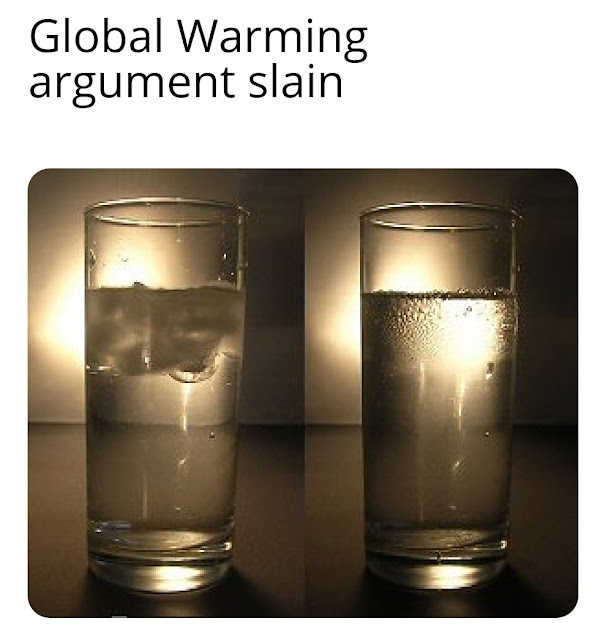 It means you they conspire against, too, man. Even if you're one of the people who buys into any of these myths. 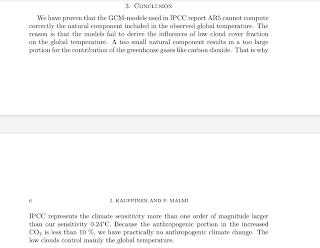 Overpopulation is another one of these myths. The Earth is crowded, so move to Europe? Really? This is the whole of the argument put forth. And, it is as self defeating as it is diabolical.

Email ThisBlogThis!Share to TwitterShare to FacebookShare to Pinterest
Labels: BTFO about coal, Lies in the media, myths practiced by the elite