Why Loudwire Is Full of S--t 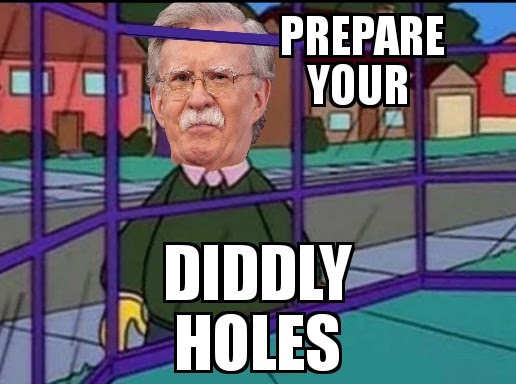 In December of 2017, the bloodthirsty American Enterprise Institute was giddy with anticipation for the coming year. This think tank, abbreviated AEI, is not really American, but Israeli, nor is it engaged in the promotion of American Enterprises of any sort, but British, Israeli, and Saudi enterprises, nor is it an Institute, but is instead, more of a slush fund for Zionist murderers. And Mike Pompeno, then future Secretary of State, and John Bolton, future chief Nat Sec Advisor, are two of the best examples of all that is wrong with America, today.

It is mysterious to many, the reason why Bolton and Pompeno, vital members of the AEI, whose Iraq War murdered, displaced, or vaporized roughly eleven million Iraqis, were suddenly greeted with open arms near the end of Trump's first year as chief executive.

Trump, after all, had been one of the loudest voices criticizing their obvious elemental hypocrisies. He was loudest of all time. Maybe, ever...

How did the, "WMD's in Iraq" Architects, how did the, "...don't let the next cloud be a mushroom cloud" Architects, make their way back into the pinnacle of Zionist Occupational Governance?

It would appear that a deal had been cut with prime Zionists who think they are Republicans, such as the Koch Brothers, that unless he let them in, they would dedicate themselves to taking his presidency down to Chinatown. And, he obviously could not comprehend how betraying his constituency would be accomplished only by listening to either group: Zionists, or the AEI...who are Zionists, too.

But, he did, and before the deal was public, Mike Pompeno was busily lying about Iran to a nation, and a Trump constituency, that just were not ready to let his kind of thinking do to this nation what it had done in 2001, then, did to Iraq, and now, wanted to repeat against Iran.
So....the clowns came in, tumbling....

We were told of these poor Iranian Protesters of 2017/18.... We were told they needed private and federal support, in order to remove the Mullahs from their Theocratic rule..... Theocratic what???  That's right: for American Zionists, time froze in 1953. We haven't seen nor spoken to Iranians, nor learned of our nation's embarrassing defeat playing games with the lives, and the cultures of others.

In this unclean spirit, the news services, whom were at war with Trump only weeks before, now took Pompeno's phone calls, though he had not yet been accepted by the confirmation of the US Congress. And, they fiddled a diddy about these poor Iranian modernists, and about how they were Democratic protesters being persecuted by their Muslim-God-whining theocrats...

Yes, the transparent intelligence agency, made transparent because Captain Obvious keeps telling on them, was busy framing Iranian protesters as, "Democratic victims" of the Theocratic Iranian government. And in late 2017, it didn't take long for myself, and some larger organizations with more pull, like WeAreChange, and TheFreeThoughtProject, to connect the dots for the public:

These protesters didn't want ISLAM out. They wanted GOD out. They didn't want DEMOCRACY! They wanted to repeat the foolhardiness of the Zionist conceived Marxist Leninist Revolution! They were atheist Communists.

Yes, my friends: be careful who the entertainment industry tells you to love, or hate! Because stupid #MAGATARDS sent hard earned money to Communists,
so the Muslim God would be held off, momentarily. And, many are too dumb to know that Marx demanded state-level Atheism, stating that, "All things come from earth."

The arrival of the aviation age, and moon rocks brought down from the sky, would still not have prevented that 150 year-foray that the world took, in an ardent effort to disprove Communism.

To expect Communism to just go away is nothing short of a fool's errand. But, Pompeno in the Winter of 2017, was greedily certain that the previous fourteen summers had taught us nothing.

So, this unholy Trump/CNN Alliance saw members of Trump's cabinet, teaming up with CNN. It was a definite first! 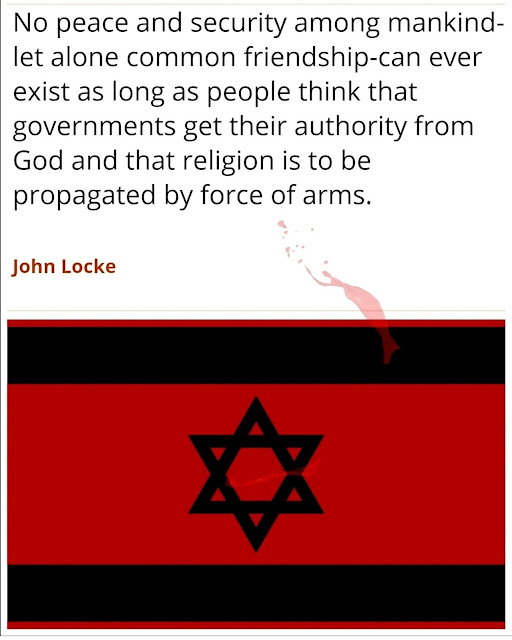 And for about ten days, all the nation heard about were those poor, Democratic protesters, who just want the government of Iran murdered, along with roughly 2/3's of the population....
And, in between updates, in that quasi calm, Mike Pompeno turned to President Trump, and said, "Mr President, let's attack Iran."

For the third or fourth time this week, some Zionist owned rag has both imposed itself into music, then tried very hard to gain the average metal fan's support in what is most assuredly going to be: the last mistake Israel, Saudi Arabia, UK, and the US, make as autonomous nation states.

War, by four nations, against what is ostensibly the REST OF MANKIND, AND GOD, failed for the last four countries that tried to do it. Now, the other wrong shoe is on the other morally despicable foot: all that changes is the winners. Those willing to engage this much murder, as the US and friends have since 2003, are going to be beaten. To death.

Now, wanna help me rest at night? Tell me that you're wising-up to these publication's Jewish owners' efforts to have you don cannon fodder suits, and die for the Zionist cause....will you?

Last week, Corey Taylor wants you to stop demanding the evidence for the Holohoax, and obey the Zionist Atrocity like good little slaves. Loudwire may
want you to pity some metal band in Iran... But I assure you that there isn't a metal band anywhere who doesn't need your support. And just like the last time CNN and the NeoCons teamed up about Iran: it's not the whole story we are getting, but another story, entirely.

Do you think that Saudi Arabia allows metal bands in their country to receive foreign cash to promote protests throughout their nation? If that happened, the musicians would be either crucified, or beheaded, and not simply lashed and jailed. Therefore, this Iranian metal band tale is a fine example of a logical fallacy known as Cherry Picking, or the Logical Fallacy of Cherry Picking. In this case, an enemy of Zionism, Iran, is being blamed for defending itself, while an ally of Zionism, Saudi Arabia, is being ignored as a case study of a much more bloodthirsty government that rejects metal, as well as spies. In cherry picking, we choose to exemplify certain results and ignore results from similar cases because their results tend to oppose our conclusions. Due to Saudi government officials supporting Zionism, the plight of metal bands in Saudi Arabia is ignored.

But, make this very clear: Iran is an open, socially sane, modern nation that the devil wants to destroy because his children in Israel are afraid of it. Iran doesn't kill musicians for playing music. And, this band's harsh rebuke is going to involve the violation of national security laws, like espionage, or something of that sort.

But I'm a drummer and a political scientist, and as such, I can assure the average metal fan that nuclear weapons and technology MUST come to Iran.  And, that the tremendous quantum of force that has, for forty years, prevented this inevitability dwells in Israel. And, it controls the US government, illegally, from within. 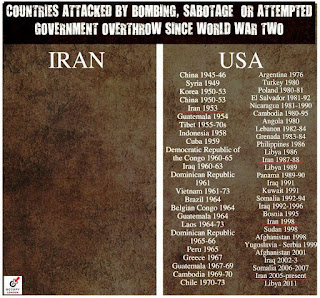 It's why we never found WMD's in Iraq, same song. It's like that one song by that one band circa 2007 that passed for metal, when it was really a re-issue of Zeppelin's, Trampled Underfoot.
(Yeah: I don't get personal and mention names unless some asshole speaks outside his authority to compel otherwise reasonable people to do despicable stuff).
It's literally the same, exact song, just a different decade.

But one of my personal heroes, Dr Kenneth Waltz, said not only that Iran must get the bomb, that it is confounding as to why that they had not, yet. The usage of the pointing-finger-Antisemitism defense, by Israel, has done much to remove the word as one we can take seriously. It is an imagination powered process of marginalization, and using it on Ken Waltz inspired me to begin to awaken to the Jews as liars, and a threat to civilization.

If they could call Ken Waltz an AntiSemite, then they have lied about everything: from the Holocaust, to who began the two wars that the US and UK won, for them. Likudism proves the need to approach the Jewish Question with a war like attitude. If not stopped, Likudism shall incur the end of this 71 year Zionist Atrocity, itself.

As a political scientist I tell you: Iran is an open and modern nation that aside from defending itself from brainwashed, and indoctrinated ignoramuses, has not a stitch of ill will for anybody.

As Jesus said, "Ye know a tree by its fruit."

How do I know Loudwire is owned by Jewish war pigs? Because again: like the comments by Corey Taylor in Germany, it seeks not only your moral acceptance, and advocacy, it seeks your co-conspiring assistance in starting this war.

We know the fruit. Thus: we identify the tree.

And, if (((they))) get that war they want, AND you buy the new 9-11, or something nearly identical, what do you get for that?  Glad you asked! (Continued after pics) 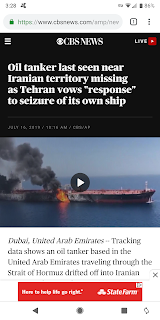 Go find the nearest living Vietnam vet. Ask them how vital the loss of their youths, the lives of their comrades, and the betrayal of them by their government was for them? And, what became of those damned goddless Commies? Cos now, (((they))) want you to support Communists, and are targeting the metal fan for recruitment!
Yes! You!
Directly at your age group the war pig is throwing his greatest hits- CD of lies, metal fans.... And, owning the careers of exploited musicians is a practically unending supply of Zionist-advocates that know that if they perform, then, the Zionist Atrocity will recompensate them.

They don't think about where just such an advocacy leads to, especially in terms of recruiting soldiers and sailors to continue dying for these lies!

People: until you learn to take your own lives very seriously, the Zionist Atrocity that otherwise controls the business portion of the Music Business, it is never going to take your lives seriously, either.

To them, you are disposable heroes.

Be somebody.
Tell the Zionist Atrocity it can quit trying to talk you into consenting to the murder of millions of OTHER inhabitants of the earth, whether they live in the Eurasian Continent, or anywhere else (((they))) tell you to go, and commit murder, for no freaking reason. Then, instead, go to college, or to work...go anywhere else! But, do not go to war.

If we didn't matter, why are they trying so hard to obtain our permission, and our confidence?

If we didn't matter, why would (((it))) be trying so hard to make us believe we do not serve any other purpose?

But, if we mattered, why do they lie to us so damned much? I know it seems hard to understand, but we matter when we are stupid enough to buy their nonsense. When we wake up, we are competition, and they cannot acknowledge us without losing ego points. 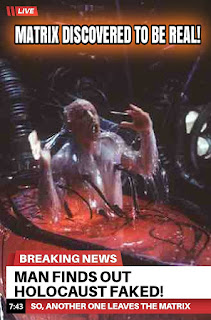 So, think before you follow the chorus of stupid and hate, against anyone whom you do not otherwise know, personally; especially when that person has not done anything to you.
at July 15, 2019