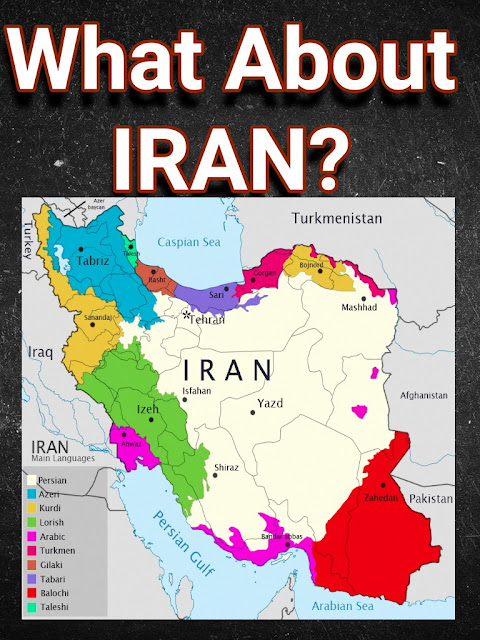 The addition of both John Bolton, and Mike Pompeno to the Trump Administration marked what was, perhaps, the most visible turning point in the shaky ground, and the assault against traditional presidential goals of the nearly 18 months of the presidency of Donald Trump.

And the inexplicable choice of Bolton, and the American Enterprise Institute, itself, left observers in astonishment. Within a week's time, Trump had both ordered a second missile attack against Syrian forces inside Syria, as well as erased any lingering hopes that he knows what he is doing.

And, the bad news was everywhere: Trump is just another NeoCon..... How typical!

This wasn't the 3-D, 4-D chess victory his constituency breathlessly awaited. This was a Pro-Israeli, and an America-destroying refusal to recognize the badly needed reformation of American civil and foreign policies that should have been undertaken after the fall of the Soviet Union, in 1991.

But then 2001 came, and breathed new life into their fiscally liberal, RINO policy making, case for war faking personalities.

But, in 2009, Obama taught us that this despicable, pro Zionist lucre is Bipartisan, not just RINO neocon-centric.

But, by the time Bolton's name was stenciled on the glass of his office door: Trump had taught us that not only does incompetence know no party, but, that an outsider cannot escape its pro Zionist bloodthirst.

And we learned, then, that there is just no hope for the survival of the United States. It was poisoned throughout by Zionist war-mongering cowards.

Each of these bantering politicos saw a stay of a much-needed fat trimming from fatally affecting their place in American affairs after they planned, accomplished, then ruled over the aftermath of the September 11 Attacks.

It's no secret that Bolton would like to repeat Iraq in Iran. Ever since his unelected mouth began running, it has been replete with an arrogance that is just begging for God to smack the humility of poetic justice into him, like a man who decided that this one mosquito is going to die.... Maybe the others won't, but this one must.

Bolton has hardly shut up about Iran from day one. Weekly, he appeared, like the episode of a show about both utter bombastitude, and perfect contentment with being out of touch, and John Bolton would then run his stupid mouth, about everything...

But, it always began in Syria, included Russians, and ended with Iran.

Iran is an ally in the Grand Alliance Against NATO. The US, in particular, the Khashoggi Case, has seen divisions within the Ugly Four Alliance to the point where Trump leaving Syria is not only the most intelligent thing he's done, it was why we elected him. 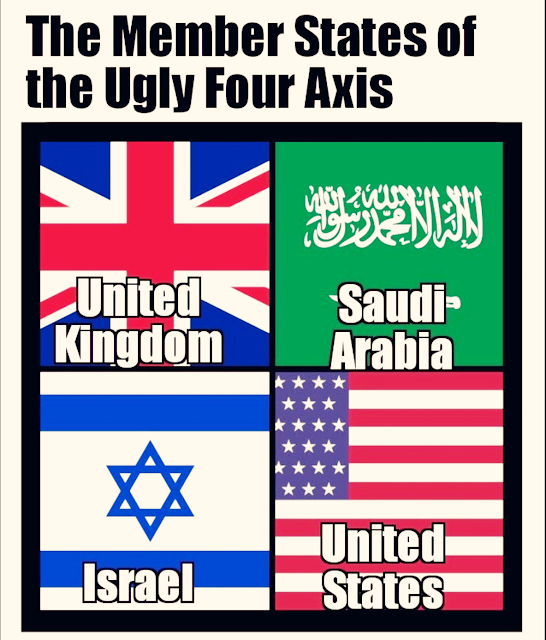 But the question that is in the air, now, is will DC recognize that UniPolarity is the bastardization of political polarization as a viable analysis tool?

And, will DC permit the balance between Tehran and Tel Aviv to express the mutually beneficial peace between the two nations that it simply must?

After all, Kenneth Waltz, the most resounding voice in the formation of American geopolitical understanding, said that that it is absolutely necessary for Iran to get the bomb.

Will sensibility win out? If it does, the world's general peace is identical to the specific peace with, and inside of, Iran. It is not likely peace will win unless some sort of successor to the JCPOA is convened, and the role of Zionist antagonism defined, and by a large group of nations: limited.

Or, will idiots, like John Bolton and Mike Pompeno, continue pressing for a clash not only between nations, but between the real and the imagined? Will the reality of the MultiPolar World be forced to defend itself from the hubris, and the clearly incomplete self-understanding within the non-existent UniPolar World? If it does: this would destroy the United States. Period. 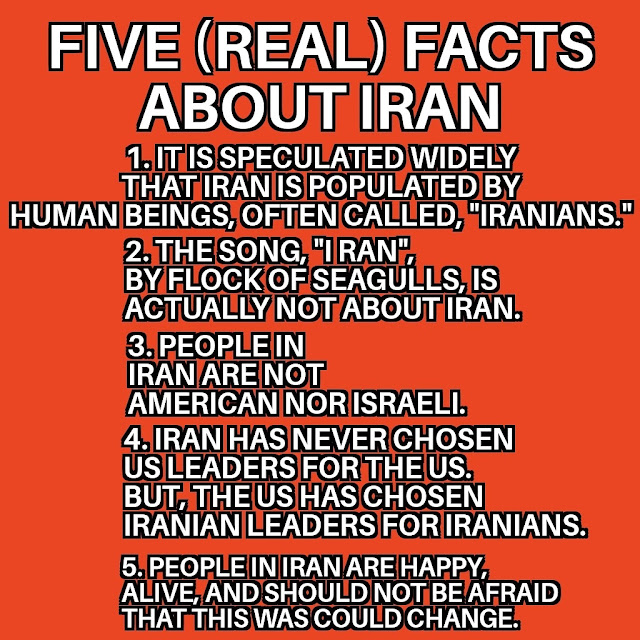 What about Iran?
Iran occupies a place in our national memory where we have forgotten about the damage that an out of control CIA accomplished there, in 1953.

But, we occupy a place in their national memory that they cannot afford to forget....

From installing weak and unstable puppet regimes, to trying to sell a Case for War based upon Iranian Communists that we paid to demonstrate in December of 2017, the role of American hubris in making an uncertain world even more terrifying, and less than brave or new, is old, and has for too long been dominated by wicked men faking objectivity, in the name of laughably-mocked democracy.

Here, in this PEW Research Article, the fact is that most of these Five Facts About Iran are anything but facts. They are illogical side by side commentaries about the struggle of an Eastern culture, and a biased set of standards that present conclusions based upon a presumably typical response to what Americans think about what Iranians think.... 4 & 5 aren't so bad. Take the "large army" factoid: it is true.

But, Iran is > 6,000 miles from the US. And, the fact is, Iran presents zero threat to the US. However, the Zionism driving PEW would be most-effective if we fear them, though... The conclusion that is served, that war against Iran is a smart move, benefits nobody. Not even the lunatics in Likud, Israeli politics.

But, when those psychopaths are driving, where the policy manufacture industry turns is entirely up to them! So is the road the United States, which is not Israel, takes. Religion is supposed to be separate from church and state. And, the needs of Israel are due to their having robbed and murdered the people the land they took actually belongs to.

The only means to manufacture American consent for this is through a blasphemous recitation of the Words of God in Christ: whom rejected the Jews as Children of the Devil.
But, PEW, like so many Zionist American Policy Manufacture industrial giants, uses religion to deceive and to charm the average person. Most of Iranian affairs are not of any American concern....

Like the claim, "Iranians think religious leaders should play a role in government." How is that our business?


That isn't our business, right?

But, PEW remembers to mention that these poor "protesters" only want a separation between church and state... Separate church and state, now where have we heard this, before?
Sounds a bit familiar, huh? Almost American.....

But, PEW forgot to include who it is that was protesting, the fact that we paid them to protest, and I'm sure that those omissions were only small, accidental oversights....

From only a few weeks later, this article lifted the lid a little, revealing that these protesters are Communists, and they were protesting the role of laws based upon morality from the Koran. But, it proves they were Communists!


Well, all Communists are atheists, and this is by doctrine. "All things come from the earth" is thematic to Marx's Manifesto. I submit this as the inspiration for separating church and state, and not democracy, not egalitarian views, not tolerance, and not pro Zionist Iranians....

A willingness to force cultural conclusions, while simultaneously, concealing the whole truth about these people, these Communists, whom were being championed by PEW, Soros, and, at the time, the Armed Services Committee of Congress, is not data. It's not even an analysis!

It is propaganda. And, this is the raw material from which the US policy machine has created its decisions, for far too long.


PEW Research, and the host of Zionism operating the US from Think Tank Row, are whistling past the graveyard, anymore. We want a secure world. Our leaders want a burnt world. Somewhere, in the middle, is a brave, new world.

How To How....
Iran is part of a MultiPolar Alliance, yes. However, the international organizations to which it is a member do not necessarily function as true regional trade blocs. Not in a classic sense.

The rise, and inclusion of Iraq, Russia, Turkey, and Iran into what Alexander Dugin called, "The Eurasian Mirror", would be every bit the fulfilment of non-Zionist and non corrupted MultiPolar thinking. And, it could bring true peace to the region: even without the necessity of a second type of Neo Catherine the Great's Russian role to act as the imperial center.

True MultiPolarity threatens no one.

And that, that threatens Israel.

The decline of the UniPolar United States has been predicted by Geopolitical professionals from Harvard to this blog. However, until now, it seemed as though those Americans that never seem to fight in any wars, but always seem to start them, were going to have the last word on how President Trump impacts world history.

And he needs to find a means of defining US power in other terms than military, or the petroleum trade. What about peace? Why not...?

Those answers are concealed from the bought and paid for degree holding set that pollute my country from Think Tank Row...

Those solutions are hidden well, in a brave new world where the United States is a minor player in the affairs of everyone, but a murderer of none.
And that is swamp....drained.