The Trouble With The Starcast Mounting System by Tama

Whether or not I like it, people ask my advice on Tama and Paiste products because I have used both, exclusively, since the 1980's. But, in 1994, Tama did something nobody expected. And, initially, people were ecstatic... Then, the initial joy gave way to something other than that. Something more related to....loathing.... 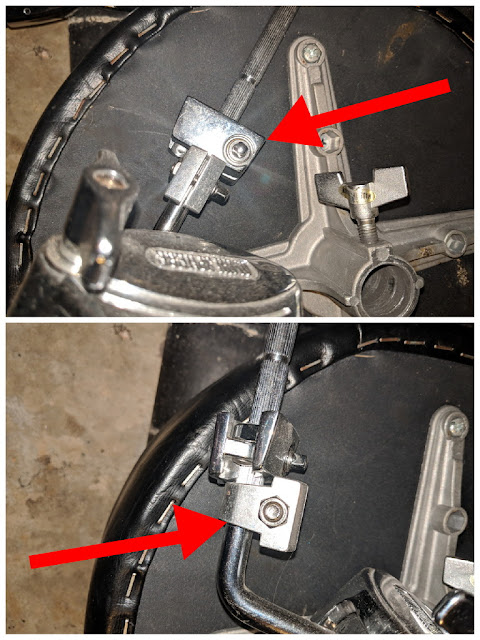 The Starcast Hoop mounting system has been manufactured for actually the longest period of time in Tama history. There are problems. Yes: there are many, many problems with this system.

In the early nineties, right before the company's 20th birthday, Tama added a new PhD engineer to their staff, and he was given a green light to change anything his heart desired.

So, from 1991-1993, he designed, prototyped, and tested a unique tom tom mounting system wherein the Tama bullet points: no internal-drum hardware, accessibility, and strength, were kept at the forefront. The result was a system that eliminated the Floor Tom almost entirely (due to popular demand, the custom shop will create them for you, if you holler loudly enough), and attached not to the wooden part of the drum, but onto the rim/hoop, themselves. And, they called this,"The Starcast Mounting System."

...The worst thing is how there are literally zero explanations, even with a brand new kit. That is fucking retarded. And, it's a slap in the customer's face!


But, if you're a drummer, or simply a musician working with somebody who is using a Tama 1994-today manufactured kit, there are two rules to achieving a clean, resonant, passable sound. (Don't get me started on the old, better way: and why t f don't they use it...) The arrow is pointing at what used to be a purely convenience-based accessory: The MEMORY LOCK.

The New Role of the Memory Lock

Once upon a time, Tama invented a small piece of metal to sit upon the mounting arm, and the stands of cymbals. Where you preferred the instrument to seat, you tightened that memory lock, and voila: no more guess work....

This is no more.

Besides the fact that it is no longer an optional piece of equipment, the memory lock now consists of TWO separate pieces. 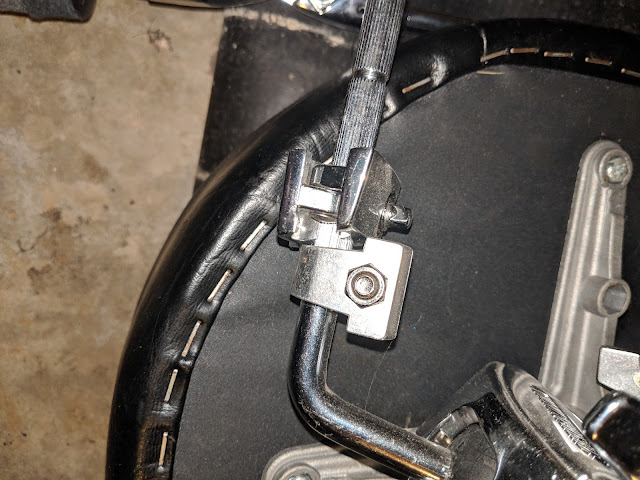 The toms, themselves, fit snugly, like the two pieces here: female to male, and, again, female over the male fitting.

My advice is that IF you must play/buy TAMA, that you completely throw away the old Ludwig/Sonor/Pearl/Premier tom tom mounting understanding, and wrap your mind around how, for 25 years of a 45 year old drum manufacturer, this system has been rewriting the rules of how things are done.

IF YOU DO NOT FIT THESE PIECES TOGETHER PROPERLY, THE TOMS WILL RATTLE UNCONTROLLABLY.

Here, the memory lock is seen from the other side.
The bearing surface, indicated by the arrow, as seen, here, clearly reveals an obtuse angle.

However, it is designed with that 100° (approximated) angle to accommodate the 80° seating surface upon the memory lock, which is how it actually became the SINGLE, MOST IMPORTANT piece of hardware involved in the new system.

And, due to a complete lack of information that comes with the newer kits, the most misunderstood part of this Starcast Mounting system is the new, and absolutely vitally necessary role that the memory lock is to the SC System. It took me years to get it right.....

Those kits feature an entirely external mount where the tom mount was manufactured onto the side of each drum, and where using the memory lock was optional; left up to the individual.

Due to the 1994 update, many drummers using the SC System seem very dissatisfied with it because it appears to be totally stupid. In reality, like Tecumseh small motors: this system has too many unnecessary, and moving parts, and when they work, they're still inferior to the other available tom mounting styles available on most brands, today.

DW for example: they briefly copied Tama's Starcast Mounting system, but then, stopped when they realized how flawed it was.

The important thing is: if you've bought one of these, it will work. You just need to seat each tom, by hand, and PROPERLY.


1: Drums having the mount manufactured, and thus, permanently affixed, upon just the one side, means that drum CAN ONLY BE USED in a certain way.


On the SC Mounting System, the mounts themselves can be changed between left, or right. This adds another 180° to mounting possibilities.


2: the hardware CAN be used to guide trigger/mic wires insamuch as least length necessary, and it is damn near invisible.


But the Starphonic snares are a superior product line. Notable stand outs are the G Bubinga, and the Aluminum, Brass, and Limited Edition Stainless Steel snares...

These snares feature a top SC mountable, or old system mountable option, no assembly for that necessary, plus a flip away tuning surface which releases, to permit bottom head changes without having to turn a bunch of screws in order to remove snares. Ultra cool...

But, the point is the dozen, or so times where strangers, and friends, have had these Star Mount problems and thought, "Hey, man! Somebody ripped me off for $2000!"

I sympathize. But, you can make these drums GREAT by abandoning the old-style rulebook. And by wrapping your mind around the unique set of advantages, and problems that come part and parcel to the SC Mounting System.

Tama is not going to change it.... Just so you know. But the guitarists I've worked with over a 30 year span prefer the sound of my Starclassics to my other two Tama kits, Granstar Custom, and SuperStars Xtras (from the 80's).

And they like it better than the Maypexes... So, there's the prejudiced that accompanies the issue of "change" which, as a consumer demographic, drummers don't do well ....

Email ThisBlogThis!Share to TwitterShare to FacebookShare to Pinterest
Labels: How To, Starcast Mounting System, Tama