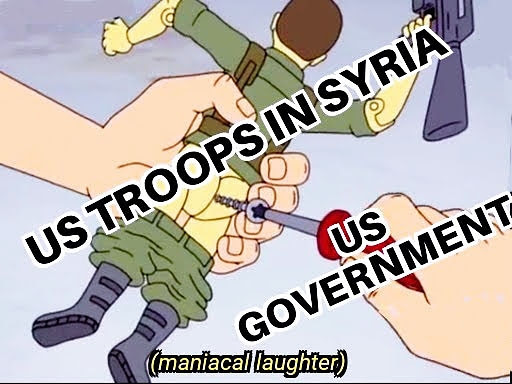 The fact that so many of the corrupted parasitic members of the US Congress, on both sides of the aisle, are showing colors of neon green necessity about how we need to start including public referenda in the term limits, raises, and benefit packages, is palpable.

All that they suck off of the arterial flow of tax dollars has created an American Abomination in DC, one that has established legalized treason, threatened the Constitution in such efforts as anti Boycott Israel acts, etc, and has sent the better part of our efforts overseas to Israel: exactly like it was January 19, 2017, the day prior to the day when Trump literally used that phrase, and declared that all such subsidizing of US wealth was at an end.

Well, it was not.

Meanwhile, the dissolving resistance to the removal of US troops from Syria, an order the president deceitfully claimed that he had already ordered, proves that the power "suck" apparatus is still alive, and well in DC.
But, it has been beaten in the rest of the world.

While the wicked and slothful continue to promote the devil's children in Israel, and call themselves Christians while they do it, almost ensuring the astonishment of their Judgement will be perfect, there are events in effect that are both unable to be easily covered up, and appear to be the work of agents not of this world.

America: you need to wake up. Are you too brainwashed to save yourselves!?

You read the words of the Book, but you do not comprehend them.

On the 27th of December, 2018, the power grid of the refinery section of Kenner, Louisiana, was fried by an EMP. Eyewitnesses say a ufo descended, the ground began to shake, wildly, then beams shot out of the aircraft: resulting in a wave of power outages, and resulting also in the total loss of the stations that power the oil refineries on that portion of the Gulf Coast.

But, Momma Govt claims that the event in Kenner is a phenomenon called a, "wake low", and that is something we all know about, so don't call them liars. However, one or two more, "wake lows", especially in Galveston, New Orleans, and the Texas City coast, would shut down about 60% of US light crude production. Period.

On the same night, a similar event happened in NYC. Wanna know what's going on? No, do you really want to know?

On the 19th of December, about one week prior, Trump claimed he would evacuate US troops .The wake low (😄👍😉) occurred soon after his reneging was clear.

The Hormuz Straits are quickly becoming the world's most dangerous area, with the forces that are receiving Divine support coming into direct contact with US and NATO naval detachments, and into the realm of the great likelihood of combat, for a variety of reasons. These include, ".... accidental combat contacts". 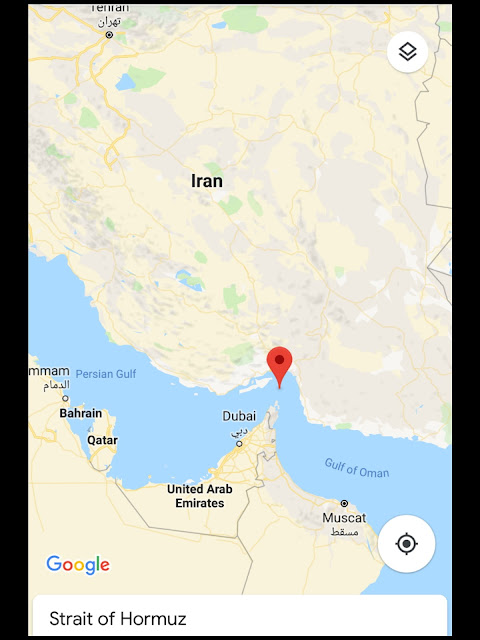 These are where the screws turn. These two factors: UFO versus refinery, UFO versus Naval/Naval Airborne Defenses in regards to the US, are extremely vulnerable to the expression of God's will, as it is clearly being shown to you:


There is little time left.

The next "wake low", Galveston, will be devastating to the US economy. And, the loss of allied aircraft to "UFO's" is increasing both over Syria, and in the Black and Caspian Sea theaters.

For this reason, and in perfect astonishment, albeit, slow and infuriating disbelief: the idiots whom ordered Trump to leave the troops in Syria are silent, now, for the first time since their bloody, Satanic, Zionist hands first tainted this nation with their Vietnam War....

Israel is literally weeks away from destruction. What will you say, then? Today, only those whom study History understand the alarm that a powershift Eastward, for the first time, in 10,000 years, actually means... Even if one counts the rise and fall of South and Central American civilizations, their power and wealth was never on the level of those Eastern Hemisphere nations in Europe, and Asia.

My advice to you is that you wake up. For the time of demarcation is simply this: why didst thou wait until I returned, in rage, before you repented these abominations? Did you think I would be nicer when your disbelief forces My hand?"~Isaiah 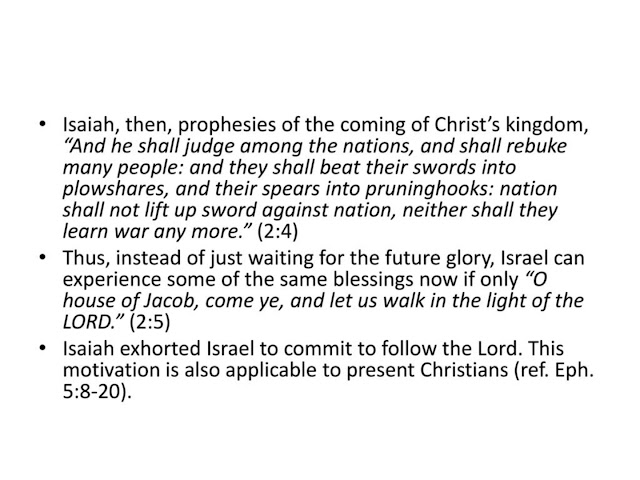 Don't wait until you can no longer deny that a Heavenly effort is helping Russia and Syria, and that is because they are worthy, and the US is wicked.

Face that fact: all the oil price guarantees, are all going to fail. All the wonder weapons that the US has, are all going to fail. And, for the first time, in 70 years, it will stare plainly back at you: Israel has never won a war. The IDF is weak. It's been the US and UK helping the devil's children antagonize the whole world. In Syria, N Africa, and Lebanon: the US and UK have lost....

And God has said, "Enough."