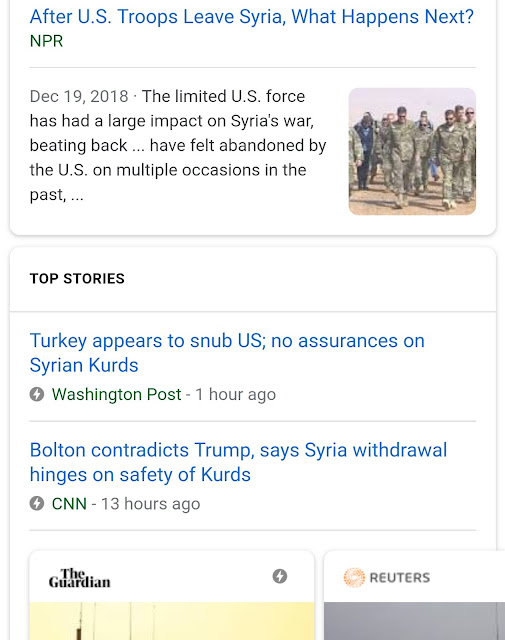 Almost as soon as Trump had announced the US Withdrawal from Syria, the American Enterprise Institute could feel the blood of 2,000 US Citizens from the September 11 Attacks catching up with them. They desperately tried to roll back the pace, and then, the withdrawal.
This included Zionist papers, like the awful Washington Post actually trying to engage propaganda contradictory to the facts of Polarity in world relations... 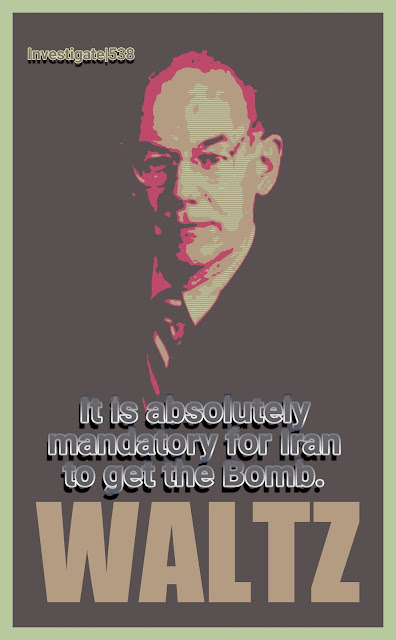 He can huff. He can puff. But, the little strategies employed by the devil, and his children can neither save the Kurds of Turkey (HST), nor the rest of the Kurds that the US paid, armed, and trained; as it helped Israel con the US into tossing what could possibly be left of US power into the trash.

Bolton, mouth going, battery and brain both dead, mouth still chewing, like Mr Ed, if he had worshipped the devil, and murdered 2,000 plus of his own people, US citizens, in a now-failed bid to militarize the area around the cursed Zionist State, with US power...

They have whistled past the graveyard. It is over. Power is shifting East, to nations where two men cannot marry, and the Love of Christ the Lord is not accused by Jews, in legal perpetratrations of "equality", erasing His name from schools and common areas.

Strangely, the efforts being conducted by Bolton cannot undo the fact that Syria and Russia overcame them with Divine help.

So ever the foot-in-mouth destroyer of my country, Bolton threatened fake gas attacks, then he threatened that the HST (Kurds he thinks Turkey is loyal to, when the US is out) are enough of an ad lib cause as to begin to fail a second time: in the name of defending these murderous scum.

Israel can feel the time running out.

And Syria is days away from being in control of its sovereign territory, in perfect confession to the upholding of International Law.

You see: Jesus is Lord. And, the people of the US have believed too many lies, worshipped too many murderous gods, and supported the people cursed forever from the Throne, and the Face of the Almighty.

These words may become illegal to say in the US soon, adding more stupor to the general sleep of people who see the hypocrisy, but do not dare question it.

However: as you can see on the thumbnail, one story says, "Bolton Contradicts Trump, Receives Assurances Over Kurds."

But...
As you can also see, right by it, the headline, "Turkey Snubs US, Erdogan offers no assurances to Kurds." Turkey has been betrayed by US/Israel once. And, that is all it will take.

People. This isn't Trump's fault. Reneging on leaving is. But, the problem is the fault of ReBush's buddies, and Obama's State Department. It's mainly their fault.  And, it is yours, too, for forgetting His Son, and His Testimony about wrong, right, grace, and those who deny His name.... Can you come out of her, yet?

But, mostly the psychopaths in US Governance drunk on blood since WW2, though, they do none of the fighting...it is their fault.

They lied to the UN.
And...whaddya know?! There is a God. And He still rebukes the Jews.

Update: Erdogan has told Bolton that the "negotiations" are off, and that he, and the US Troops in Syria, will receive no promises, no guarantees, except that the US will be leaving.

This indicates that the US is going to start a real war. And, as we all know: they lose all those.
at January 08, 2019

Email ThisBlogThis!Share to TwitterShare to FacebookShare to Pinterest
Labels: Should have listened