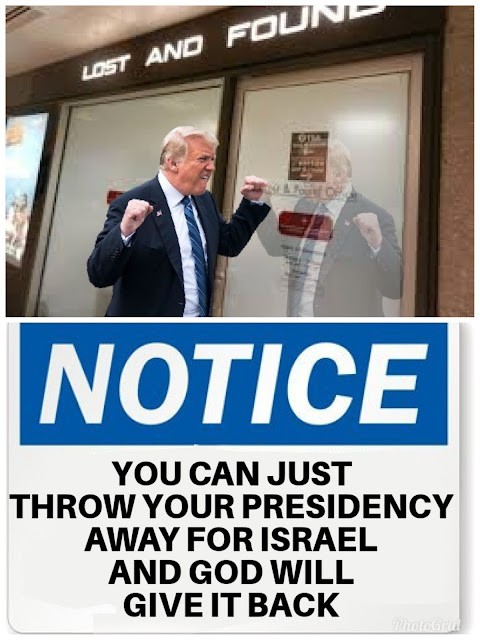 There is really nothing that can pry the false hopes of those who prefer their ignorance to facing facts in regards to the current administration. This president has zero comprehensive legislation passed, which means he is #45 on the list of worst presidents in the category of "function". In fact, he is on the bottom in many categories.

He has kept zero campaign promises due to a negative style that made war on Congress, Congress, which was the only path to changes like he promised: a wall on the Southern border, exiting NATO, no stupid foreign wars, and that's only the beginning. 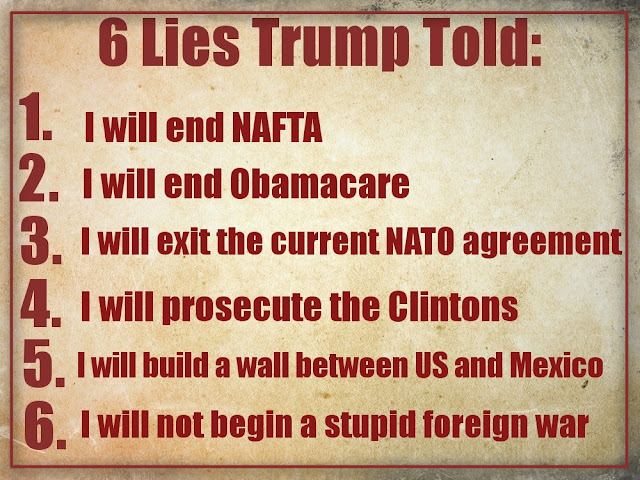 The fact that Trump is a one-term president is a foregone conclusion. The number one cause of single term presidencies is economic woes. Hoover lost to FDR in 1932, but not before causing the Great Depression. Carter lost to Reagan in 1980, mainly on the issues of inflation, Carter's perceived weakness in dealing with inflation, and the Arab Embargo. Most of those problems were actually inherited from 8 years of Nixon... And, finally, George Bush lost to Clinton after Clinton's clever catchphrase, "It's the economy, stupid!", swept the country. 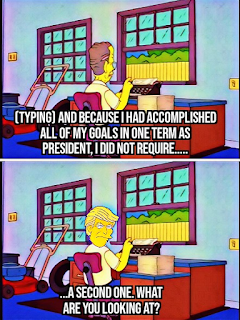 Since the election of 1980 and the election of 1992, and since 1970: we have only had two presidents ousted by the voters for failing to do a passable job; one Democrat, Jimmy Carter, and one Republican, George Bush Sr.

The fact is: a large portion of voters came from the farmers, and the rust belt workers whose jobs are being systematically eliminated by Trump's amateur leadership/economic views.
He has begun the countdown on both the American stock exchange, https://www.cnbc.com/2018/12/04/stock-market-dow-futures-fall-amid-us-china-trade-deal-skepticism.html

(Cont)...as well as the manufacture base whose employers will now outsource in order to pay the tariffs that are now waged against them.

This is why Goldmann Sachs will spare no expense to remove this blip of a footnote on American History which Magatards call, "Trump". He has bitten the hand that feeds him.

His re-election committee will move to start a war in Iran, hoping that this will help shore up his vote. It won't help.
When you don't know what you're doing, and the leader of a whole country, the powers that be tend to snatch you out of that chair in spite of the fact both George Senior and Jimmy Carter were imminently more qualified than Donald Trump.

As presidents go, Woodrow Wilson, and Jimmy Carter are considered the two most qualified in US History. They both had degrees in Political Science.

But, Bush came up through the Senate and the CIA, while Carter came up through the Navy, and had served successfully as Governor of Georgia. When Trump obtained his degree in Business, the world was different, then. It was either a bought and paid for degree, or he skated by on D's at the Wharton School of Business.

These are the three mistakes that ensure that Goldmann Sachs will spare no expense to remove Trump:


When Trump won in 2016, he immediately made that victory about him, and immediately forgot both his voters, and the tenents of the job which his advisors, no doubt, urged him to pay strict attention. As a result, he has a cyclical style of firing those whose advice he doesn't like, and hiring idiots, like Weapons of Mass Destruction John Bolton, to replace them. As of now, Trump has a former staff roster that is larger than any given two term president.

When a president is elected, the very first thing that he does is convene talks with key members of Congress. These talks form the basis of his relationships with Congress for years to come. This is known as the Honeymoon Period. It is vital that the president-elect form key Bipartisan relationships during this period.

Trump not only skipped the honeymoon phase: but a Bipartisan War in Congress against Trump remains paralyzing to the agenda that Trump promised: overturning Obamacare to be specific. That's all because he has no idea how to do this job.

Reagan had been a governor. Most others had either been governors, or Senators, or Representatives. They had some experience.

Trump has zero leadership experience within the government, to include zero military service, either. And, this is showing.

The Russiahacked Investigation is a complete fraud. It is a joke that Russians somehow showed up to vote for Donald Trump. It was all due to the American worker becoming fed up with green policies.

Disaffected industries, that had been victimized by rabid efforts to "Green" up the nation, whose careers were destroyed by Obama, these are the people that made Trump the president. Not the red state of Alabama. 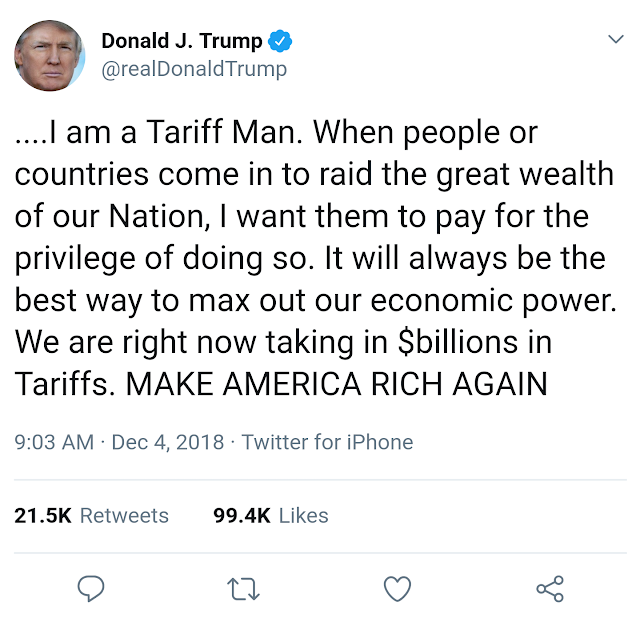 And the fact is, that in Iowa, Pennsylvania, Michigan, Ohio, and a growing list of states, those jobs that were restored by Trump's 2016 victory are now being sacrificed, again, to the gods of his inexperience as an Economist. "I am the tariff man" is the dumbest thing a president wants to say, while his tariffs are literally killing jobs all over the nation.

Either "the poles are melting" or "whoops, AMERICANS PAY MY TARIFFS?" from either stupid major party in America: the American worker is being subjected to the worst kind of abuse at any time in our history.

If the Democrats, who will probably run Bloomberg, make it a point to say, "No Green Policies nor Tariffs", then Trump is DOA in 2020. Period. The same people who voted him in will vote him out.
Iraq being a mistake is what we political scientists call, "a lie Trump told to get himself elected."

How many people reading this are aware that Israel lost a war against Lebanon in 2006? Anybody remember Trump, on February 15, 2016, saying, "Iraq was the dumbest thing this country has ever done?"

If Trump attacks Iran, it isn't Iran: it is China, Russia, Syria, Turkey (NATO member Trump alienated), Pakistan, India, and rebel factions in Saudi Arabia, and Yemen Putin is arming, now. If Trump attacks Iran: the Democratic candidate can simply say: I will stop the war. 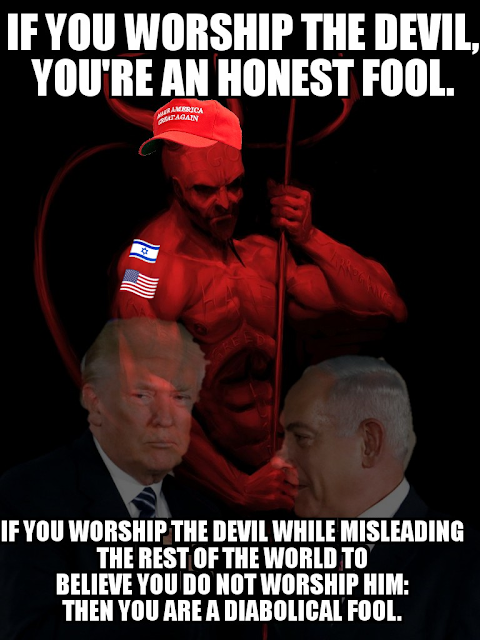 If he starts that war, the military will vote for the Democrat.
And the above 70 IQ members of our society will vote for the Democrats.
Trump's foreign policy is being operated by Netanyahu. That's why he did nothing to the Saudis over Khashoggi's death. He is as big a crook and liar as Netanyahu : whom this time, may actually join his wife in a new trial and prison.

Ye know a tree by its fruit.
Birds of a feather...
How are they so close, again? 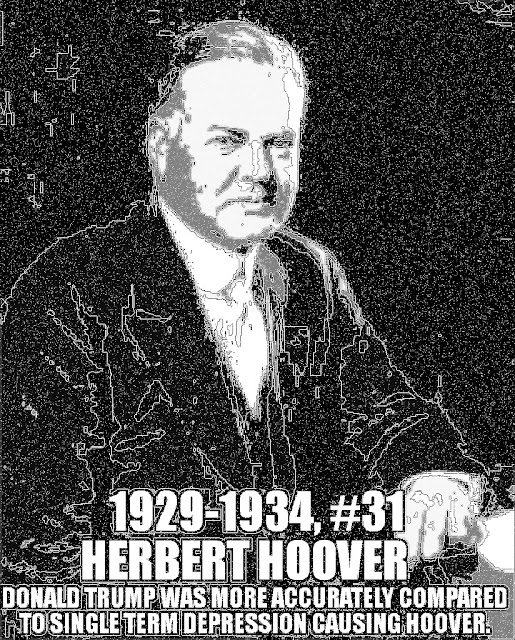 Donald Trump is more accurately compared to Herbert Hoover by both Gallup, and myself. Hoover's amateur diplomacies caused the Great Depression, and helped contribute a set of factors ultimately resulting in the Second World War. Hoover, as bad at being president as he was, was considered to be a kind and generous person.

Hoover will go down in history as better in each of the major categories through which, we assess presidencies, in general.
at December 05, 2018