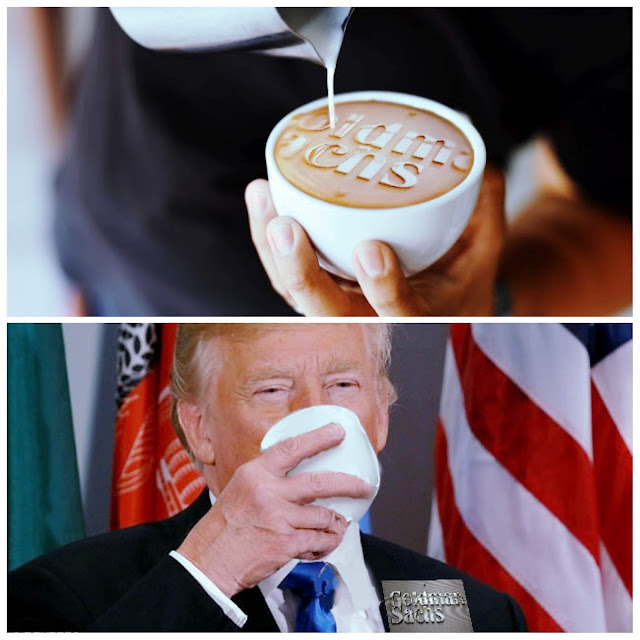 It's 2018: Do you know what your country is actually named? Why are the Podestas still free? Why is Assange persecuted? Why is Trump no different than the rest of our psychopathic Zionist polluted leadership?

There is a virtually unending list of items of evidence which proves that the country is no longer United, no longer States, and no longer American.

The most immediate reasons that come to mind as to why we cannot trust the two party system is the relative vulnerability that having only two parties presented to any group that sought to corrupt the nation. 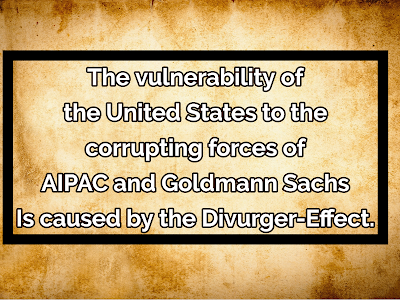 Another is the Fallacy of Good Intentions, which states, that since the Jewish people were killed in WW2, that somehow, we in America, who didn't kill any Jews, must bend and break our laws until the more despicable among them just couldn't resist the temptation... 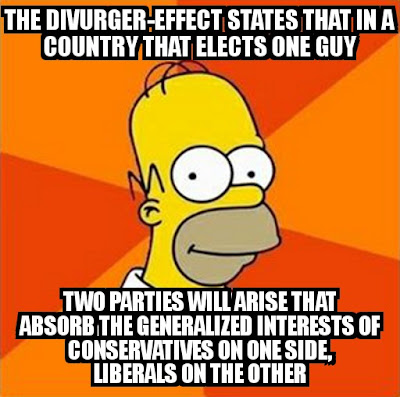 But the single most obvious proof that the nation is corrupt, as far as political science goes, is the fact that every president since JFK has been negative, in either an active-negative, or passive-negative assessment of presidential character.

David Barber's Presidential Character assessment method is standard political science in regards to the defining characteristics of any given president.

That every single one of them is negative....well....that is pretty clear: our nation is corrupt. More about that, later.

Here are three reasons that we cannot trust partisan politics:

1.) Their efforts are being controlled by the same special interests.

AIPAC and Goldmann Sachs both maintain a vice-like, albeit, illegal hold over the individuals who occupy the thrones of power in the US.

Whether or not the Democrat voter wishes to accept this fact, it isn't the NRA controlling the dialogue in both parties. It is Israel, through the American Israeli Political Action Committee, (AIPAC) a group that is actually un-Constitutional, and that is buying, and selling key American offices, at will.

The other group is Goldmann Sachs, a Wall Street brokerage firm that managed to shift power away from the government oversight of the Fed Banking system and into it's corporate structure sometime in the 1970's. 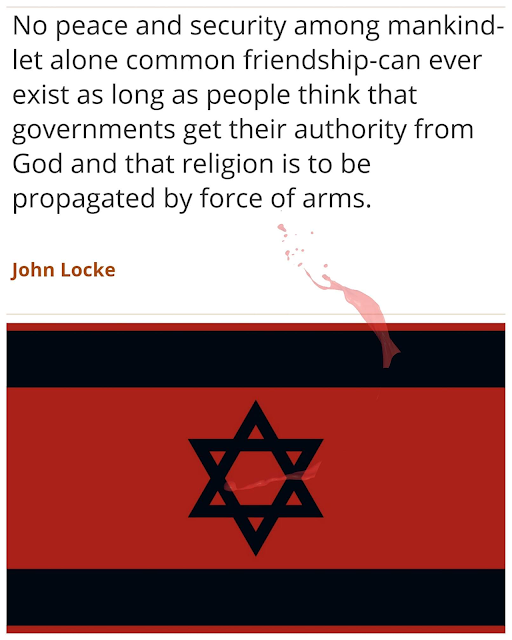 Goldmann Sachs contributes to both major candidates in such volume as either way, the interests of AIPAC, (also supported by Goldmann Sachs) as well as its own interests, are easily secured. Both groups have a multiplicity of special action vehicles, which makes the actual money that they move untraceable. And AIPAC is a think tank, enjoying both tax exemptions on 501-c (religious tax exemption status), as well as a variety of endowments which is AIPAC speak for "bribe".

Were this to be investigated in the 1960's, heads would roll for treason. But, via the Fallacy of Good Intentions, and a corrosive influence on culture via Hollywood and New York, the laws that should have protected us are in a constant state of being broken.


[https://www.logicallyfallacious.com/tools/lp/Bo/LogicalFallacies/239/Righteousness-Fallacy]
Bear in mind that this is a cursory definition of the logical fallacy in-question. The net doesn't have many collegiate text books available for links....

Like the Godfather, they own judges and congressmen, and, in Trump, they own the White House. They are above the law by reason of an affixed delusion. It isn't that they cannot be challenged, it is simply that 9/10 Americans don't connect the damage this has done, with the delusions which they believe, and how those delusions endow their advocacies with near infallibility for the belief that they are defending the "helpless".

In reality, it is the Fallacy of Good Intentions....through, and through.

And they probably won't put the pieces together and connect those dots, even after the destructive consequences come to these shores.

2.) Most of their control consists of token efforts and controlled opposition.

In spite of neither Russian Collusion existing, and in spite of overwhelmingly clear evidence refuting the media assertions that Justice Kavanaugh would not be confirmed: these two figures created phony press coverage, and lied, and engaged a "divide and conquer" approach with the American people. Most obviously, the literally thousands of media spins claiming that the confirmation of SCOTUS Justice Brett Kavanaugh would, "Never happen."

These entities knew that the assertions they made about Russia and about Kavanaugh were not real, and that they still are not real. But, they both made millions, and kept the public from, "Paying attention to the man behind the curtain."

A better example is the fact that Trump murdered 54 Syrian civilians on April 13, 2018. He did so by violating the War Powers Act. Yet, the entities running the country are blatantly pro-Israeli. And, the murder of millions of Iraqis, and tens of thousands of Syrians was Israel's idea.

Otherwise, WHY DON'T THEY IMPEACH HIM FOR THAT???


It is easily concluded that the fact Trump murdered Syrians is what these animals want. And, also, that they control both parties in the United States. Therefore, any impeachment dialogue is like Kavanaugh dialogue: controlled opposition, and rhetoric.

3.) Campaign promises are a thing of the past.

Since JFK, very few presidents have regarded their campaign promises because of the bribery of the AIPAC and the Goldmann Sachs agencies that seek to promote their agendas above those of democracy. This was the "plot" that JFK planned to warn us of "before he left office."

In political science, there are two words out of four to describe each presidential character: active or passive, positive or negative.

When a president is negative, what that refers to is his relationship with power, via his agenda on the campaign trail as it pertains to what he actually does after he was elected, as per the performance of his trustworthiness.

Boiled-down: a negative presidential character means that he didn't honor his campaign promises....


Every president since JFK has either been passive negative like most of them, or active negative, like these who I will name: LBJ, RMN, DJT.

Something is making all of them not honor their promises. This begins with Ike. Ike was the first president elected after the 1948 Israeli admittance to the UN.

The designation of active negative is considered the worst designation to have, but the fact is, the office has been crippled by these two entities; presidents are no longer the authorities who run the national ship of state. That would be AIPAC, and Goldmann Sachs.

And, while trying to not be active negative, many presidents were surprised to learn that selling out to AIPAC, and Goldmann Sachs, would cost them the high water mark, like JFK, being, "active positive". But, ALL PRESIDENTS since JFK failed to observe their campaign promises. This makes them "negative". Selling out HAS cost them.


The last active positive presidential character left office on November 22, 1963. And, the pro-Israeli Lobby, as well as the Globalist Cabal are both how he left office, and in power today as AIPAC, and Goldmann Sachs.

All of the US presidents have suffered for this unlawful and corrupting influence over the US Presidency by being classified as negative. Either they were Active Negatives, like those named above, or Passive Negatives, like Ford, Carter, Reagan, Bush, Clinton, ReBush, and Obama.

This analysis style, assessing presidential character, to some may merely be a restatement of the old adage, "the more things change, the more they stay the same". It is easy to see how each president felt forced to abandon his promises.

But, it should be setting off alarm bells.

All presidencies being negatives means something extraordinarily unique is currently in effect. And, whatever it is, it is extremely good, or extremely bad....and I think we can rule out "good."

But, there are definite signs that the American public is growing hostile with AIPAC and Goldmann Sachs, and Israel, too. One sign is the proof that the US/UK/Israel and Saudi Arabia created both Al Quaeda, and ISIS. And, the anger many feel when the media returns, infuriatingly, to beating the drum of "terrorism".

Another is the rise in popularity and influence of the anti Zionist BDS movement.

But, there are plenty of other reasons that partisan politics are not what they appear to be, but I want to go over some ways to stop these people:

1.) Third parties: And, I'm not talking about Democratic Socialism, since it is Communism, and has Bernie Sanders' pro-Israeli Lobby stamp of approval on it.

I mean true independent candidates. People often castigated by the media machine of the corrupting influence in American Life. Voting third parties is not a waste of a vote: it is wresting this nation back away from them.

2.) Term Limits Plus: Term limits are a start. But, they are only a start. Cutting the legal funding of apprenticeships to US Congressional offices, whether by election through party, or by direct influence of the major forces corrupting American Life, term limits, by themselves, are only locks to keep out honest people, and they will not work.

It is clear that Goldmann Sachs wants Trump out in 2020. But, it is also clear that, until we make some of these solutions happen, that we are merely wasting our lives enslaved to false divisions based on racial observations, for example, when, in reality, the Jews that run Wall Street and Goldmann Sachs have, as Kennedy phrased it, "...enslaved every man, woman, and child in this nation." The divisions are religious and economic, and they involve foreign powers operating the US Government at any given hour.