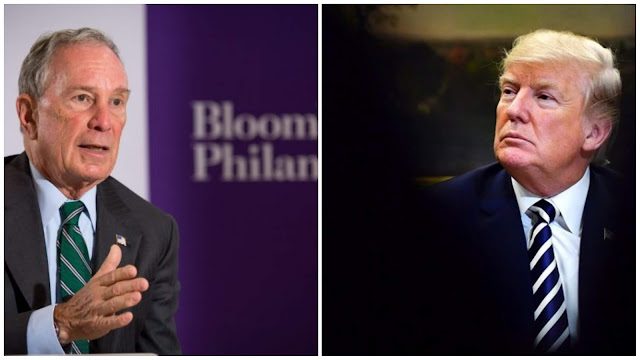 The US Election of 2020, if Trump doesn't completely annihilate us, first, is going to be a textbook case for "People's Exhibit A: Why Wall Street Must Be Driven Out of Washington".

The problem is simple: New York is where the Stock Exchange is. However, we have seen a multiplicity of presidential characters emerge from the Empire State, and, they have all been bad, since Eisenhower's time....

Though not all were elected, we have certainly witnessed the Empire State annihilate happily the basic foundations upon which this nation was built. John Locke has given way to to Bernie Madoff, and hedge fund issues are the only issues central to the power brokers of New York.

This is exactly why no New Yorker, nor New Englander should ever again be tolerated to run for the presidency, ever again.

A recent survey found that 62% of Americans desire term limits. Another found that a figure just short of 32% approved of the goals and objectives of the two major US political parties....but 85-89% will vote for their candidate for the presidency from one party, or the other.

That sound right to you? A grade F is a career of failing grades as your government?

The thing about New Englanders, New Yorkers, in particular, is that they are corrupted by the Abomination that the Book of Daniel is written to warn us about, they plot and scheme a direction for the country inevitably involving the sons of America in pointless war, and none of them, not one, ever served a single day of active duty service in a war zone.

And this really isn't their fault: monkeys don't come back with your bananas, when sent to pick them for you. They come back with excuses, if anything, at all.

Yet the media brainwash issues forth about partisan divisiveness, and it proves these people's point: you are a sucker, America!

Trump called Iraq, "Probably the dumbest thing this country has ever done." And Republicans agreed with him, I did, too, because it's true. But, when he started missiling Syria, and threatening (fill in the nation of your choice, like Iran), you were helping him make you a sucker because you didn't hold him to his word.


Wtf? Coward, much? Think if we just ignore these gaping holes in testament that, somehow, it'll all be alright? Isn't that what Germans thought when twice, a Protestant American president that knew Jews are, "....cursed....",  fought the Germans in two separate world wars?
Times have not changed.
The belief that they have is illogical.

You have fallen asleep at the wheel.

It is better to face the thing you find unseemly and do something about it, than it is to answer the Lord for how His testimony was accused without your objection.....until, of course, you stood to inherit the wind for your party identification.

The corruption of the Election of 2020 is already going to prove that your vote matters....unless you do not vote against Wall Street, Israel First, and the dark fakirs of international finance by opposing them in a way most Democratic.

Vote for a Christian American who wants nothing to do with Globalism, war, nor corruption via Judaism and Zionism. He or she will not be Democrat, Republican, New Yorker nor New Englander, nor shall he or she appear and rehash Communism.

If there isn't one on the ballot like that, well, what do you think that really means?

Vote, None of the Above.
Write it in.....it isn't long before Jesus will tell you to your face, "I knew I liked you!"

The predictions favoring a Trump victory in 2020 are as bogus in their philosophy as Hillary having a 90% chance of beating Trump.
The economy is on the verge of tank. By 2020 it will be in tank ... With or without the world war.

But Wall Street wants him out. And... unfortunately, treasonously, and in a pissing on the graves of our founders, that is all it takes.

Wall Street is trying to prevent a hemmorahge of upper middle class money, as smart money is moving out of market and into gold.

This is due to the spiking interest rates which, coincidentally....*wink wink*, they aren't telling you about, while trying to convince you that your money remaining in the market is wise....

They say that because they cannot steal their own money...

But this exuent of upper middle class money, once complete, is pretty much the very definition of recession.

Wall Street can always be bailed out.

But they could steal your money and be bailed out. With Trump, they only get bailed out.
With someone new, they can restore consumer confidence, which is bound to begin to ebb away right around Christmas. Gas prices will begin rising then, too. 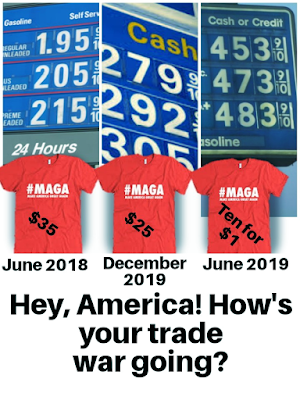 Come January, the Democratic Party will be in full war mode with Wall Street. And the two shall succeed in removing Trump unless a war destroys us, first.

Why can nobody run that actually isn't corrupt?
at October 06, 2018