Election 2020: The Default Effect Versus the Defection Vote 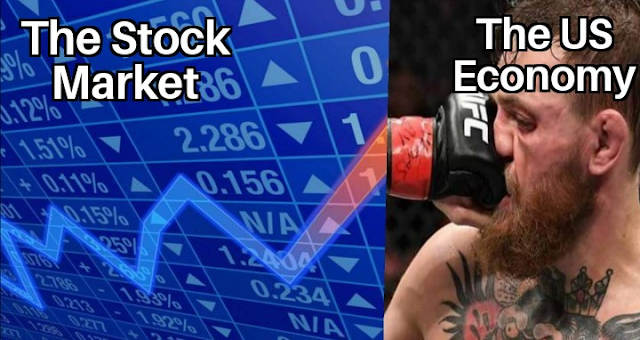 Election 2020: The Default Effect Versus the Defection Vote

The contest in the next election will come down to one question: can Trump carry his shattering base through the election before his opponent can either exploit his dislikeability, his inexperience, and/or all of the times when he contradicted his platform, and betrayed his voters? And, can the D candidate do these things while not being someone who Trump can possibly exploit as a crook, or, as someone who is just plain more unlikeable than Trump, himself?


These are the qualities of the Defection Vote versus the Default Effect. This divides the voters into two categories asking them two questions: do all voters like Trump, do all voters like the job he is doing, or can the Democratic candidate establish a platform that welcomes fleeing Trump voters by rejecting the gun control dialogue, and global warming agendas, while exploiting the hugely bad mistakes which will have consumers on his side by 2019's end, already?

The Defection Vote is when established R or D voters cross party lines to vote for another party due to their party's candidate's dislikeability. This is how both Trump, and Doug Jones were elected by both party agendas in their opponents being out of touch with their base, as well as their opponents' respective dislikeability.

The Default Vote, for statisticians like Nate Silver of 538, will be the vote that, statistically, they have to recognize as having a great likelihood of keeping Trump in the office.

The Default Vote, or the Default Effect, is when a voter reasons that, "changing the party and person in the office will cause either as many problems, or possibly more problems than we have now: so we may as well re-elect the current candidate."

The thing about the coming election, is that Defection Vote against Trump seems more likely to affect the electorate than the Default Effect.

Here is a short list of why the Default Vote will not be a sure thing:

In the election of 1992, we had our last one term president. It was Ronald Reagan's VP,  George Bush, Sr.

Bill Clinton, who opposed him, used the catch phrase, "It's the economy, stupid", to great effect.

And, it was a genius move. Legend says that James Caravelle, Clinton's chief advisor and campaign manager, had coined the phrase to express the alienation of 12 years of overspending on the Cold War which both the Reagan, and the Bush White Houses had formatted as recipe for Cold War victory.

Unfortunately, this resulted in recessions that could ultimately no longer be hidden by the time of the 1988 "Black Monday" junk bond led New York Stock Exchange crash.

That crash caused Dukakis voters to feel certain of his victory. But, love for Reagan held the base together, and it was the R base's belief that this was Reagan's third term, and not Bush's first term, that elected Bush in the Election of 1988.
[If you have a few minutes, watch this video where NBC's Chuck Todd indentifies where, "it all went wrong for Dukakis..."]

Acc to 538, "Whomever wins the first debate, wins the election." Trump didn't lose that debate in spite of a vociferous insistence by 538 and the mainstream media. Again, phone polls show how unreliable they are, and this is proof that we can only trust Gallup, who predicted Trump had greater than a 10% chance of becoming president.

Bush seemed indifferent to the ramifications of his and Reagan's Cold War economic logic, and the victims created by their logic.

Trump is worse than that. He has no idea what he is doing, nor how long these sanctions will affect the US economy. Nobody does because most folks in office have some idea what "to protect, and defend the Constitution..." actually means. Trump hasn't a clue about Macroeconomics. And, he will create a landslide against him by 2019.


All indications are that the economy of the United States is about to experience major collapse, in the form of unprecedented interest rates freezing retirement accounts, and driving housing through the roof, as well as consumer goods inflating in cost, and an unprecedented rise in gasoline per gallon.

The Defection Vote working for the Democrat Party is almost a shoe-in.

While the Defection Vote contributed a host of itemized reasons that made party loyalty appear to be all-important as far as Election:2016 goes, the fact is, both the elections of 2008 and 2012 saw the Defection Vote elect Democrats from disaffected Republican voters tired of corruption, tired of being lied to, and purely angry with the ReBush regime, and then not confident in the Romney platform.

When, at the Republican Primary in 2008, candidate McCain declared Bush a national hero, and claimed that, "His direction would be one we follow." what he did was send a very large portion of R voters into Obama's camp. However, if Trump's opponent doesn't criticize each twenty first century president's secret wars in the Middle East, regardless of party, a satisfactory zone of political identity shall not be engaged for a Defection Vote against Trump.

This is where the contradictions within his base shall need to be exploited a bit more thoroughly, including the Evangelical Christian vote accepting Trump's murder of Syrian Christians, and Trump's wrecking of the Two State Solution, both could be exploited by Christ's rejection of Judaism, as well as the human crisis at play in Gaza, as well as Palestine, in general.

Also, the fact that all R voters are not pleased with the JCPOA exit, and that any campaigning making this an issue could draw on Republicans who praised JCPOA in 2015, this could result in the ousting of Trump by a R base that is tired of their government lying to them about their secret wars, and their predilections towards Unconstitutional habits, in general.

Any D campaign should pay for real R voters' feelings about the JCPOA exit, and the secret wars engaged to defend Israel, as well as the fact that the UN Article 80 declares a Two State Solution to which this nation has already been bound by vote.

It should also quote Republicans of the past, like Reagan, who put a stop to the Israeli rape of Lebanon against their Prime Minister's wishes.

An honest poll of ten die hard Trump supporters will find that a) they are not registered Republicans, b) they are not all above the age of 18, and c) they are going to be vulnerable to the effects of leaving JCPOA (rising gas prices) and do not understand how Trump's inexperience led to them not being able to leave their houses in a car.


The Default Effect Has One Ridout:

Should a war versus the Grand Alliance Against NATO be started, and it merely appear to be the "enemies' fault", Trump could blame his bungling of the economy, as well as the resulting Second Great Depression, on them.

In this case, the Democrats need to focus on their own candidates of the past, and distance their party entirely from war mongering dialogues present in both of the Clintons, and Obama, as well.

They should not lecture the public about the relationship between poverty and Trump's inexperience.

That relationship should be played out in the televised debates, asking Trump directly about how he must've known and intended on starting a war, and how his economic bungling cannot be transmutated into "predictive genius" unless he conspired to start a war.


Below: The role of JCPOA as it pertained to the dominance of an English Speaking World Order