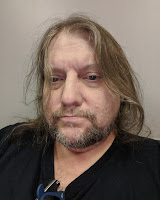 The mainstream media, in this nation, is less interested in reporting the news than it is in trying to become the news. Rather than read what politicians do, news media celebrities, themselves, creations of the Bilderberger Agreement, desire to shape foreign policy, and to create domestic policy, and drive the news as if editorializing, and running a nation state, are one in the same.

The truth is not actually debatable. But, in some irresponsible fashion, the media seeks to control the minds of the public by promoting what is otherwise known as "lies".

And, when it is a force used to do anything but report the news: we have propaganda. And propaganda is what is on TV, on the net, etc.

Why QAnon is still here, is that it, too, is propaganda. And like CNN, or MSNBC, QAnon bears little, to no accountability for the ludicrous yarns related to the cult members by the forces behind the cult. 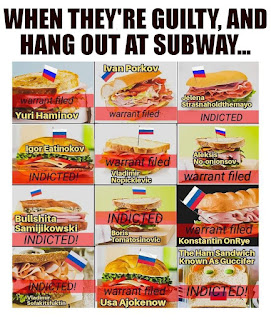 Election: 2016 is a great example. The public doesn't believe that Russia hacked that election. In fact, Gallup, the only polling firm one can rely on, polled the public and found that less than 1% of those polled actually believe Russia hacking our elections is a real problem.

Basically, that translates to a disbelief in the entire subject...

However, from the patentedly unfunny remarks about Russia repeated on The Daily Show, to the yacking jaw of Wolf Blitzer, sore from repeated use of the exact, same muscle groups in his jaw, tired of forming those exact, same words in his mouth: every single day the media continues to beat that stupid drum, and nobody is watching, anymore.


The staggering loss of audience is directly proportionate to the fact that the public has, at any given time, experienced incredulity, outrage, disgust, contempt, and absolute rage with the fakery disguised as once respectable media and current events institutions.

Why QAnon is still here is that from his opening statements, he confirmed that Russia didn't hack the election, and Seth Rich is the DNC Leaker, and he didn't forgive the now-caught Donna Brazille for her role helping Clinton cheat on the debate, as well as claiming that she couldn't have been at the hospital, in a grisly assignment to confirm Seth Rich's death...claiming that she wasn't even in DC that night, which we know otherwise....

The msm has been struck for covering up the pedophilia of a host of Democratic party luminaries, and though it bleeds relevance, trustworthiness, and ratings: the CEO's behind it continue the elaborate cover ups, such as this infamous, over repeated phrase, "....the now disproven Seth Rich theory..." when referring to PizzaGate. Oh? It was disproven?

No, it wasn't. And this is the reason #1 for the QAnon cult: the public knows the truth. And, for his first days being Q, he confirmed what an outraged public already knows: the political elite are disloyal, despicable, and dedicated to other codexes than the US Constitution...

However, reason #1 that the QAnon cult is bad for the nation, is that pedophilia, and slush funds for paying off sex crime victims, are well evolved in both parties.

It is simply ludicrous for the group running QAnon to expect anyone to believe that only Democrats are despicable....but, unfortunately, they do.

However, the fact is, that Israel, and Israel first issues, have brought a lot of rude-awakenings to both former Qcult members, as well as former die-hard deplorables. The most obvious, and the most vocal former Trump supporters that have emerged from their support of Trump, would be Europeans that had supported him, in defiance of EU.

Israel has caused most of these violent wars that gave rise to the proliferation of the Syrian and Iraqi refugee. Now, Israel is threatening the creation of the Iranian refugee.

And these refugees were average people, in average lives, until fraudulent cases for war, driven in the UN by Republicans, as well as Mossad, took everything from these people.

Thus, they entered Europe desperately, saw the faces that visited fear and death upon them in their homes, and began to punish their European hosts for what Mossad and NeoCons had done. This, in their bitterness, was almost equal to having the privilege to visit that contempt on Netanyahu, himself.

Blindly following murderers, whether they kill or rape kids, or whole other nations, is American, anymore. But a blank check for any excuses, issued to Trump by his voters, is an effect that Q has on his followers who, for whatever the reason, do not care a whole lot about the fact that US foreign policy has been in a break down death scene at least since ReBush, and Iraq.

But now, Q helps his followers to get fooled, again, again, over Iran.

It has begun a shatter of Trump's base of support here, as well, only thanks to a clueless media, one really wouldn't know it. Iraq was the subject of ridicule by Trump, and a lot of his supporters felt that this had been a problem that had been unfairly a remnant of feckless rule by Bushes.

The violence, the death, it had infuriated the R base, and this got worse after no WMD's were found in Iraq. The way that the leadership went into war lying to the public was unacceptable.

But, Q has that part of Trump's support comfortable with both the duplicity, and the needless violence.

This is actually the US, as it is: warring, and spying itself into falling from power. Q doesn't know, like most of Trump's cabinet. I imagine that adds credibility to the otherwise obvious scam Q is....

Europeans, however, are slowly turning towards Trump, and asking, "Et tu, Brutae?" The war signalling hasn't been met in Europe with more investment in "Q research". Instead, it has sparked the belief that revolution may be all that is left to the European.

Yet, the ignorance of Trump's foreign policies, combined with maniacs Bolton, and Pompeno, each part of the conspiracy to murder all of Iraq, are lost on Q, and Qentologists. It's like I can recall hearing folks making excuses for Nixon.... But the sympathy for Trump generated by Q is like that for Nixon, if it were high on a mix of Ritalin, Crack, anabolic steroids, and meth.

And this time, that death brings karma, and that karma is coming here. Qanon numbs them from the realities, and prevents their facing facts about Trump's amateur, Israel first foreign policies, and this is comprehensively driving their political agendas to stay Republican. The fact is that the Democrats will most likely take the House in November, and the Senate will remain supportive of Trump as long as AIPAC, the unlawful Israeli force tampering with US Foreign Policy, is pleased with the start of a Russian war, which will end this country.

Therefore, no matter what that partisan compositional balance is, or is not: the Senate will not change its supportive direction for Trump, due to its incredulous belief in American invincibility, and what that belief has bestowed upon each Senator. 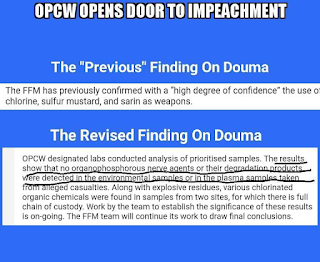 Yet QAnon is going to successfully claim, when the Democrats take the House, that cheating has occurred. And, when the House and Senate continue, inexplicably, to refuse impeachment proceedings based on War Powers Act violations, such as the 4-13 Trump attack of Assad, which OPCW has confirmed, made Trump a war criminal, we all gotta ask ourselves: is the news believable? Why isn't CNN running 24-7 with OPCW's FFM to Douma finding, "organic chlorine splashed about", proving that the gas attacks are staged?

Why is this not an issue?

And, until the House, and the Senate both, unite on a real series of impeachment articles, there is no way Trump will ever be impeached.

But, on each channel on each television in this nation, some Bilderberger media luminary will issue his or her disgust with Russians somehow fixing the election. And, without missing a beat, will segue way into a lambast of QAnon....never wise to how funny that is.

One day, if we live that long (I say we don't, as a political scientist I am 85% in accuracy) QAnon will not end....it will simply recede quietly into some extremely esoteric few's social media scene.

It is doubtful that the Qcult would vanish altogether. For as long as the media plays Capt Obvious in its advocacy covering the crimes of certain politicians, and trying to assert that reality is a Democracy based on how loudly we repeat nonsense, there will be a Q, supported by this act of the media, not weakened by it. 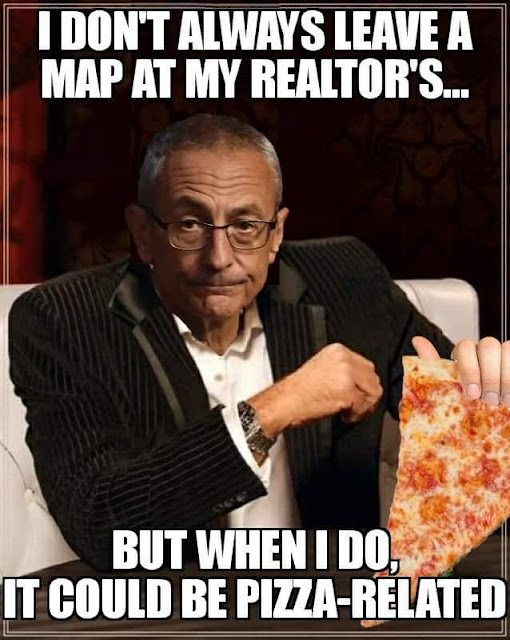