Objective: Peace in the Balkans

Objective : Peace in the Balkans... 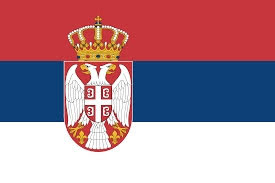 On a cool, March afternoon, a limousine bearing Serb Prime Minister Zoran Đinđić pulled up to the Capital Building, and he exited the vehicle to enter the door. Suddenly, two shots rang out... Or, was it three? Zoran Đinđić was struck center mass, dying instantly...

The ensuing inquiries forcibly nullified the testament of multiple witnesses, including a bodyguard who was wounded in the attack. They all claim there were three shots, and more than one gunman. The official narrative is not quite accurate, but, its conclusions guaranteed a Globalist-compliant Balkans.... Well, not really....


The Balkan States have endured through centuries of war, identity crises, violence, and conflicting cultures pitted next to one another and, for any number of reasons, they have been unable to resolve the conflicts central to the identity of the Serb majority, the Croat majority, nor the remaining questions of a dozen other regional cultures. 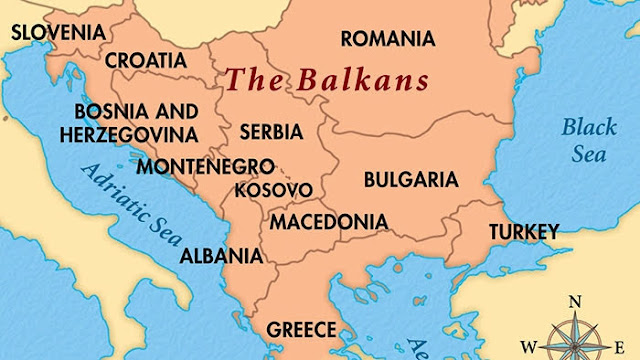 Why Peace in the Balkans Matters

There are a variety of aspects through which both the definitions of peace, and its absolute necessity, might be guaged, expounded upon, and achievement of this peace designed. But, the reason that peace in the Balkans translates to Pax Americana is that global war has been born here in greater numbers of occasions than the First World War; however, it is the First World War that figures first as the primary model of what stands to happen when things go wrong here, in this part of Europe.

The Serbian majority, landlocked now by the International Authorities that resolved the Yugoslav Civil War, two separate conflicts that imperiled the region in violent crisis from 1989-1991, then 1994-2000, now struggles for its identity, singularly.

With the rise, and then the tragic assassination of perceived reformer, Zoran Đinđić, on March 12, 2003, the Western powers seem to have reached into the guts of Serb identity and forged a model which it then simply expected subsequent regimes to follow.

(Below: Globalists, in eerie comparisons to the slaying of JFK, removed both Zoran Đinđić, and criminalized Jugo Nationalism/Populism in one ugly demonstration of CIA/MI-6 power...)

In brutal honesty, the legacy of Zoran Đinđić, which most Serbs relate with despite, treason, and the view that he may have gotten what he deserved, all due respect, his legacy seems to speak to Beograd that its leaders shall not deport themselves from an alliance built in finance and force. The slaying of Đinđić actually appears to have opened the doors to criminalizing Serb nationalists, as well as removing their agenda from the body politique of Serbian affairs. 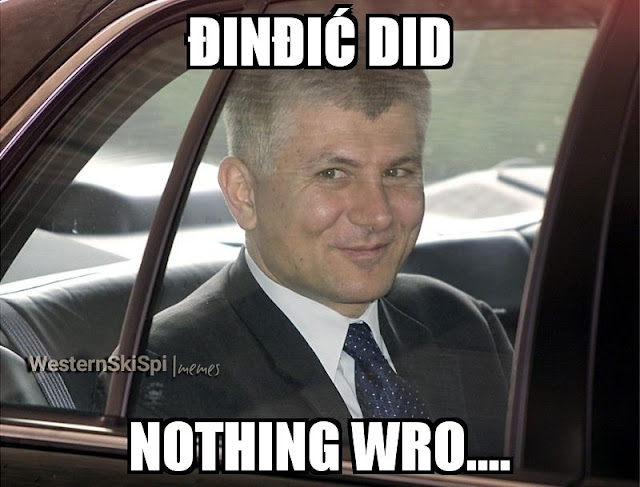 Đinđić had begun to back away from the Globalist agenda, which had been set down for him by Clinton, Schroeder (German Chancellor), and Tony Blair via horrific NATO airstrikes that halted the second Yugoslav Civil War, in 1999. He had been instructed to accept Kosovoan Independence and told to accept Pax Americana. According to sources close to him, he had begun to question the Globalist ideal, in general.

But, in accepting them, Serbia would undergo the changes vital to the Globalist agenda.


Then, the Ascension into EU, the assumed goal, could occur. This Ascension, which hinged upon Serbia-wide acceptance of the existence of a Kosovan State, as well as oversight of their military activities, and the election of Hillary Clinton, has but one, possibly two, of the required steps; making the globalization of Serbia stillborn at this hour.

Current President, Aleksandar Vučić, himself a former deputy to Slobodan Milošević, whom a clear majority of Serbian people hold in extremely high regard, has responded to the extension of Pax Americana as Globalism, and Globalism as UniPolar United States power, by simply holding an election to replace former president, Tomislav Nikolić, and to repeat the autocratic presidency of Vlad Putin of Russia.

Vučić has rewritten the former passive and honorary role of Serbian President and made it all-powerful. Most Legislative Regimes have a Prime Minister, who is the leader, (called, Chancellor, in Germany), and a president, whom greets foreign dignitaries, and has no real authority... 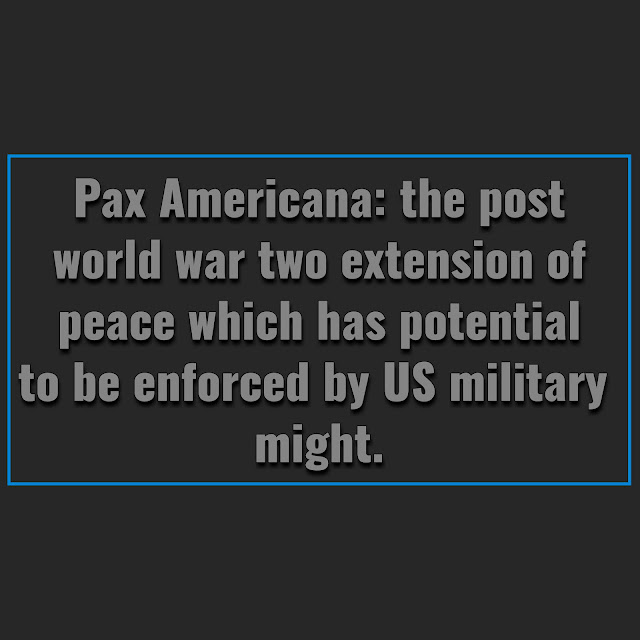 Most Serbs do not approve of Vučić, however, the prevailing attitude is that in Clinton's loss, the guarantees of Globalism, expressly, EU, could no longer be the extension of power, privilege, and certitude that it had been prior to the US election of 2016.

During the days preceding Hillary Clinton's loss, Serbs made memes of Vučić receiving his would-be master, Bill Clinton, whose orders levelled Belgrade, forcing their capitulation in 1999. The laughter resounded throughout Serbia due to the pair meeting on TV on September 22, 2016.

It was so palpable.

The implications of perfect Clinton Globalism, and, the subsequent loss by Clinton's wife signaled to Vučić that, perhaps, he had backed the wrong horse.

But the moment was frozen in the collective of Serbian identity: that peace cannot be a promise Pax Americana could keep.

Therefore, in his move towards autocratic presidency, what Aleksandar Vučić was really saying is a new, and Russian world order is going to arise and redefine the frontiers of Pax Americana far into Europe, as dissatisfaction with eu.

He has been proven right by rising populism, which has successfully altered the pro EU regimes of Austria, and Italy.

Also, due to the proximity of The Balkans to Poland, Slovakia, and other V:4 states: the Balkans are kind of like tea leaves for understanding the motives driving these forces which must now arise, and supersede the formulaic approach to Globalism. That approach views the world in terms of linked financial institutions, but at a price of cultural restriction. In the Balkans, this view is failing.

The winds of change are speaking that a new world order must also promote the identity of European persons, in general, and that this must take a role as important as finance.

The vine is ripening towards either conflict, or the relations becoming assembled within the UN, itself, forced to recognize that ReBush's Iraq War has murdered Pax Americana, and Globalism, as well. It is, yet again, a brave new world within which, we must walk, bewildered, through the Balkans....

But, back on the table of this world are the issues that did so much damage as a price for the (failed) guarantees of Pax Americana: Kosovo and Albania, the latter of which, convened the NATO intervention, and fulfilled a world order that bent the entire House of The Balkans out of shape, all from its UN Consular being the sole Balkan testament for restructure. And, in the flaws that ensued, the same flaws in the Albanian world view are laid bare.

In Serbia, and in Croatia, a unitedly dissatisfied experience with the Globalist idea is now moving the gears of infrastructural change...

And Kosovo returning to its provencial role as seperated no more from Serbia, means Albanian nationals must return to their own soil: this is what Milošević, and  I truly believe, Đinđić, both wanted. It is the cause of the second, and far more violent phase of the Yugoslav Civil War (1994-1999).

And, Vučić has confirmed his redoubts about Pax Americana by declaring as much, as Serbian leader, himself.

(Added on the 3 Oct, 2018)
Today Macedonians failed to vote to enter both EU and NATO, by voting, "no", on a referendum endorsing a name change to their constitutional republic. As a result, NATO has moved a small force into Macedonia, however: it would violate eu Articles of Ascension were the referendum's result to forcibly be altered.

Macedonians have spoken, and the notion that any NATO presence can alter that has a nearby Grand Alliance Against NATO very interested in the limits of NATO power.

As I've said repeatedly: NATO should be dissolved, it is the Blackberry of International Organizations, outdated, and cannot meet the needs of the states it serves.

However, it has been a source of embarrassment, overconfidence, and pointless violence, as its underserved soldiers cannot hope to succeed in any military role in the post Cold War world.