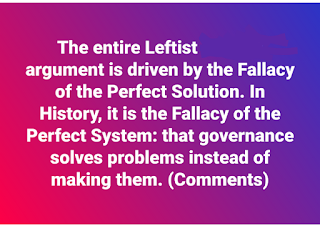 The confirmation of Brett Kavanaugh is going to happen. The remaining pall and shades of the Thomas hearing settle this issue as it were, common law, by a due process of party line.
But, at the center of the debate was the testimony of one Dr Ford, whose greater than two decade passed claims actually conform, and describe perfectly, several Logical and Historic Fallacies that substantiate her dishonesty, completely.

As a logical fallacy, the red herring fallacy redirects an argument to focus upon non-essential data to which a better defense might be mounted.
But, as a Historical Fallacy, from the red herring defense, what we have is known as the Fallacy of Modernization.

What the Fallacy of Modernization states is central to Ms Ford's entire premise: that she couldn't report a rape "back then".

This, of course, is rubbish. As with all historical fallacy, we seek to inject bias into a premise, or a logical syllogism, in order to avoid having to face that the facts are not easily simplified.
And, when asked why she had never bothered to report the alleged rape, her answer only satisfies that she is not being honest.

"I felt that I would not be taken seriously, especially back then." ~paraphrased.

As a political scientist and historian, all I am hearing is, "Because it never took place."
Here is why:
According to the Fallacy of Modernization, attitudes change over time. And, as with all fallacy, in general and broad terms, things can change over time: but not felonies. 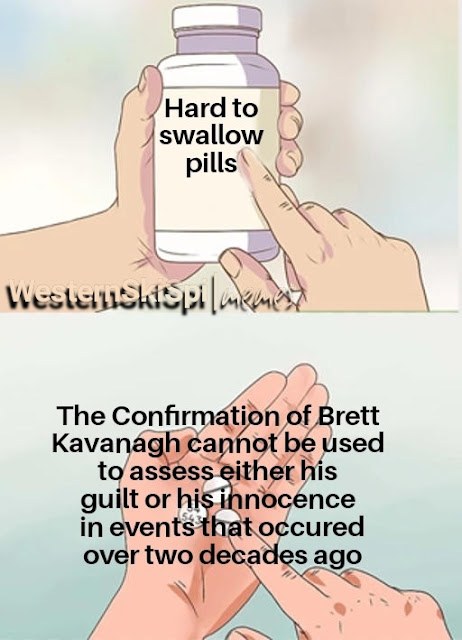 In other words: she would need a chain of custody of having both reported the incident(s), and corroborative testimony at this hearing which states, unequivocally, that members of the police force did, indeed, engage in a cover-up of this allegation.

And she would then have satisfied me, the law, and the country. However, simply stating, "Things were different..." No. They weren't.
Rape still draws controversy.

But the lack of reporting a rape does, too.

In all honesty, if a rape had occurred, she should've reported it and that is all that American Jurisprudence can do to remedy her allegations.
However: the allegations, alone, are insufficient as a precluding element to the Kavanaugh Confirmation.

What bugs me most, is that every single one of these officials on both sides of the aisle knows that. And could neither locate a cop relevant to the case who was willing to testify that a cover-up of rape allegations took place, which can only be because she never reported it, nor could they bribe one to lie: because it defies their ethics.

The Fallacy of Modernization is therefore, essential to the entire premise, that rape was OK back then, but rape is not OK, now; and there are too many flaws in that argument to name.

However: why she never reported the rape is unsatisfactorily addressed by the red herring of modernization. Rape is illegal, in all forms, and has been for over a century.

In Historical Fallacies, The Fallacy of the Perfect Solution focuses more upon the desire to create a perfect system of governance, then, invariably, the abuse of that system follows, which demonstrates all governance is bad.

This can also include abusing a system in order to achieve a kind of perfection, since the system is not perfect.

And, since it is a Historical Fallacy, we refer to this under the name The Fallacy of the Perfect System. The notion that a perfect government can and should be created, or already exists, drives the entire left to conclude in great bias and great fallacy, that "Now the system should rise up and strike down this man based upon the allegations of rape, alone..."

The flaws with this are many: in the United States, innocence before guilt is the standard of detention. And it is the Spirit of American Jurisprudence.

But the scarier thing the Democrat presupposes is that a confirmation hearing should now remedy Ms Ford from what cannot be established as fact.
And, in place of any real substance of victimization: like witnesses, police officers testifying for her cause; we should take the (at least) equally valid possibility that this is all actually politically motivated, and exchange a lot of missing parts for a total, and complete faith in her words...

(Illogical) We should do this, because the "system" has robbed her, and our society's general attitudes about rape have changed, over time. So now, our imperfect system should violate the law, and deny this confirmation....in order to live up to an unbiased notion of equality....

It is very hard to believe that anybody believes her.

The entire rise, and the costly experience of Communism was also driven by the Fallacy of the Perfect Solution, as well as the Didactic Fallacy, which states that we can identify a particular event, or set of events, and plan a system based on the presupposed patterns in history.

Without going far into it, the didactic fallacy caused GWF Heigel to create the Dialectic, which states that History occurs in cycles. Marx expanded upon the dialectic by believing that he had erased the parts of it that caused misery....Which... unfortunately, cost billions of people their lives and economies to learn that no, history does not occur in any predictable patterns.

But, we can take some history and learn from it....that is the reason we study it. But, we cannot quantify all of history into a predictable pattern of rise and fall.

Nor can we honestly say that, if we were raped in 1981, that if we had reported it to the law, that no one would take us seriously because the law disregarded felonies back then. That is ludicrous.

And, had she been raped, why do none of the persons whom she named as witnesses stand, now, except to exonerate Judge Kavanaugh?


The whole affair begs abandonment of logic and critical thinking in exchange for wasteful and broadcast emotional discharge.

The motivation is political.

I believe Ms Ford is lying. I know she is.

But, the only remedy will be the stupid look on the faces of all these Democrats today who excused rapists in their party for this holier than thou power trip Ms Clinton has them taking.

One would think that they would learn..... 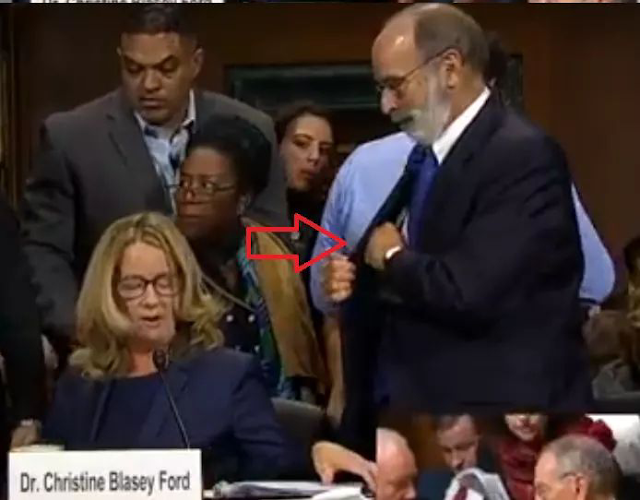 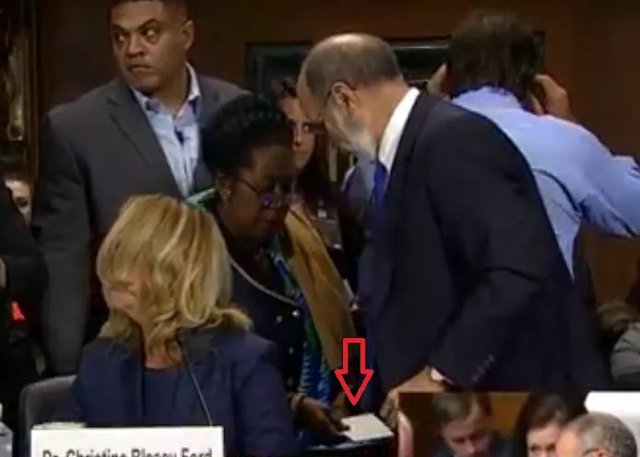