Fear And Loathing In A Cultured, & Ignorant View of Christ 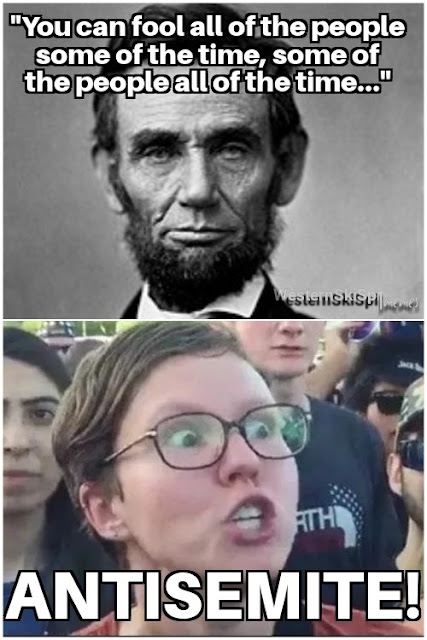 I do not enjoy having to say the following things, but, you wouldn't know that from the sheer number of times that I have to help the deluded inhabitants of Zogged USA place Judaism and Islam both into a Biblical perspective.

On my Facebook page, Investigate538, I hear every possible Zogged and migraine-infused blasphemy, which, since around 1963, became utterly commonplace.

I will outline some of the more extravagantly ridiculous examples of these delusions which accompany modern society, and briefly explain their causes, and their origins, historically, as well as politically, and through this effort I hope to impart a little bit of the warning that this generation just is not giving an iota of attention.

All of these link the often taboo subjects of politics and religion, but the most disturbing part is, whether or not you know it: the delusion we carry with us in this life becomes a chain that holds our souls in place while the most despised forms of contradiction to nature try us, down to even the accountability we bear for calling ourselves great, like every citizen of every nation on Earth does; in this place between life and death.

However, we seem to be tormented by a presence who is unable to distinguish us from the original liar who fashioned the heresy.

In recognizing that, a wise man realizes that this trial is being judged by those whom did create the lies, as that entity, or group of entities; as they use skill and sorcery to obtain our human likeness, and then try to leave you the bill of goods. A bill that he must normally bear.

Completed by the revulsion of ordinary people when they simply gaze upon him, as this shunning effect is injurious to him, the trial of each of us seems cyclical, déjà vu like.

And his shame is, too. This inspired within the reward awaiting him, no regard, whatsoever, for the difference between right, and wrong.

His reward fulfilled his views of morality, a long time ago. Morality no longer has any value whatsoever to him, nor to his children.

But, this torment is also reward for those people whose questions about this existence never began with the most easy to see cracks in the facade: these are Biblical contradictions unaccounted for, and that do not exist anywhere in the Bible, yet endure as a cultural value that has grown parallel in significance to the Bible.

The Modis Operendi leaves a clear fingerprint, or, rather, a clear hoofprint...


The fact that Christ finished both the works of the devil, and fulfilled the Law of Moses, as well as fulfilled all the prophets, is well documented by His Words, as well as His Apostles' works, and acts.

The fact is, also, that Christ's Resurrection fulfilled the Law, and this also fulfilled the purpose of a nation which was distinguished, and defended by God. A nation of God's people, which until Christ, were defined by the Law as the only covenant.

And that covenant offered land, not salvation, as the whole of the Law. Christ fulfilled that Law, and also reached out to the Gentiles. Gentiles were forbidden to receive His covenant by the Law, except for the completion of a generations long conversion process.

Christ took that away, and replaced it with an oblation: a confession of the New Covenant, which ended Judaism before God, forever.

He said that His light shines also, "...into the Gentiles...", signifying that Judaism was corrupt, as His Father demonstrated to the prophet, Isiaha, in the slaying of the chief priest's son, Eliazar.

"Name Me a sign, I shall prove I am He": the Lord had been describing the Jews as unfaithful, and even corrupted the honor due to each male during strictly designated parts of the year: the revolving temple priesthood .

Eliazar's father had esconced himself as permanently the temple chief, accruing boundless influence, as well as making himself extremely wealthy as the permanent custodial presence for the veneration of God.

The Lord had chosen Isiaha because of his honesty, and He brought him into the presence of Eliazar's son, and spoke without much art, and directly identified Himself as The Lord.

Eliazar's son calls Him a liar, or a madman, and says that, since his dad is the temple priest, all things were lawful for him, anyway...
To which, the Lord replies: "Name for me a sign, and I shall prove I am He."

Eliazar's son replies: "I will not tempt the Lord".

I have heard a dozen sermons about this, but no human has ever been able to understand what happened, next.
The Lord slew that man.

Nobody comprehends....why....?
It was due to the fact that Eliazar's son blasphemed God, and the Glory of God caused his death.

And, when the virtues we are to espouse fall by the wayside, we no longer recognize the good, nor the evil: so, we ignore both and accomplish little but our destruction.

It is also clear: this book, the Book of Isaiah, is the very one heretics, practicing in skill and the knowledge of dark sayings, claim that, "The modern state of Israel was predicted by Isiaha, and that the Jews would be brought together, reassembled into their own Homeland, in the end of days ..."

Yet, somehow, most Americans remain hypocrites. They defend the Zionist state based upon Anecdotal Fallacy, not based upon what Christ said, nor what Christ did. Most folks are so Zogged by media, like TV, and Hollywood, that they do not take notice that, when the Jews seek that senseless and blasphemous Christian support, that Hollywood magically releases a pro-Israeli docudrama.

These "accounts" often ignore the looting of Czar Nikola's "Lost Gold" (lol), for example. And, the loss of Syria has, in perfect form, coincidentally (wink, wink) inspired a pro Israeli propaganda film about Eichmann...again ...this very month.

Yet, the fact is: no. (((They))) were not promised the right to murder, loot, and steal first, Palestine, and ultimately, Syria, in some 5,000 prehistoric oath which, somehow, is quoted daily by Christians, while the irony is level apocalypse! No pun intended...

If you believe that lie, what you actually believe is a politically motivated lie.

The Palestinian people own every single bit of that land. And, as His rage becomes no longer concealable, for Americans: we are about to experience what the majority consider unthinkable: the loss of our empire due to having denied Christ,  and allowing murderers and thieves into our houses: having unified with they, and their awful sins.

If you know your history, Hammurabi received the Law prior to Moses. Then, God cursed the heirs of that empire, until Nebuchadnezzar.

At that point, the Jews, King Ahab, Queen Prophetess Jezebel, had united with both Assyria, and Egypt. This, and not  "Jewish Voices of Victory" actually constitute the substance of the Book of Isaiah.

God repeatedly expresses the need to divorce from (((them)))...for they preferred worldly things, like Egyptians do, like the despised Assyrians do: and it is for the Assyrian alliance with Israel that God throws them out.... forever.
Not just before World War 2. Not just after World War 2. Forever.

Then, in 0 BC: He sent Christ to collect the Love for God that lived in men, in Israel and beyond. And that love He called His Son, and those who received Him, by the year of the First Jerusalem Council in 50 AD, they called themselves, "Christians".

To the Jews, the covenant of Judaism, the whole of which was the land, itself, was clearly identified as, "Over" in the works of Christ and His Apostles. The symbolism of His body replacing the nation of Israel was very much a chilling message to Jews.

Many of whom would fight Christ well-beyond His Resurrection, and until the once ridiculous claims Christ had made, that Israel would be wasted, and only the Tabernacle of God would survive; this became abundantly clear in the results of the 67AD revolt (64-67 AD).

This saw the Jews driven from Palestine, and the twelfth tribe, Judah, lost as chaff in the wind, as were the other eleven in the Seventh Century BC.

What we have, in Palestine, are not Jews. They are Babylonians whose murders and tortures of God's servants, as I described at the beginning of this entry, resulted in their inheritance of both an insane belief that, "Who is like The US? Who can make fire come down from the sky, in the sight of men...? Who can make war on him?"

This religiosity governing politics is banned, unless it serves (((them))).

Gay marriage was forced upon this nation by Jews. Sodomy is part and parcel to these people. But, we cannot invoke even our First Amendment rights to refuse to bake them cakes! The rights Christian founding fathers bequeathed to us....which were supposed to preserve Christianity, not to annihilate it, have been cleverly usurped!

But, because Israel is holy, we snap into religious Nazi heels-like formation of bullshit, twice told tales, and out and out ignorance, to (((their))) defence!

Meanwhile, for our loyalty, we have been tricked into throwing away the moral cohesion that preserved America prior to this seventy year idiot solo... A moral guidance that actually worked, and worked well; because it followed aspirations to Christian morality.

I have people I have known my whole life, that will sit there, foolishly shrugging, mumbling, in every way, lying not to me...not to God, but to the only fool left in the room: themselves.

Israel is not Holy. God, alone, is Holy.

One last thing: hypocrites! If (((they))) are His chosen people, why are you not one? Why do you recite this lie, rather than to my question, reply?

You'd be shocked at how many "Christians" were successfully, and intentionally deceived by the deal Ike made with Satan. (Israel alive = US Glory)
When will you people learn? The devil lies to you!!! He lied to Ike! (See: Majestic 12 Document)

You'd also be surprised at how many "Christians" think world history proves that God is destroying Syria because Assyria destroyed those poor Jews Ahab, a descendant of David, and his whore wife murdered.

Assyria's alliance with Israel was the last straw for God.

But, for the false prophets and defamers, and their loyal Murican war-losing bloodthirsty moronic oxen: the pain shall only increase. And, that "temporary" pain will be eternal: while you call everlasting judgement "persecution by antisemites", believing, somehow, that soon, the holy Jews and their God will crucify Christ, again, or somehow will serve Him, whom they insist was not the express person of God, but thru the magic of senseless contradictions, they will this time, suddenly betray 2,000 years of bitter vanity, and suddenly serve the God whose will shall be force fed to them....

.....and while centuries become millennia, the delusion will someday become a prophecy about a people God despised, losing this despicable nature, and doing you a favor.

After they steal your human (thus, Godly) image, and use it up.

Email ThisBlogThis!Share to TwitterShare to FacebookShare to Pinterest
Labels: best get back what you can, Israel and Judaism have stolen your crown, Jews Are The Children of the Devil, Wake Up