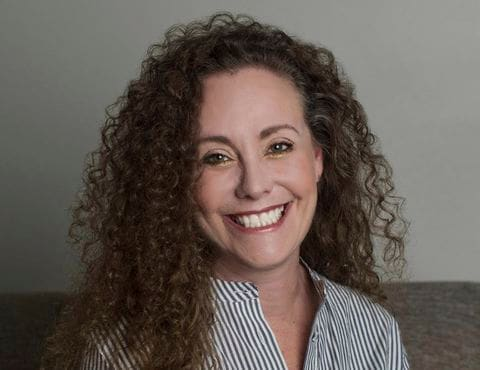 The sworn statement, under penalty of perjury, by Julie Swetnick, reads like an 8th grade student's poorly written sexual fantasy. Stop, do not get outraged just yet: give me the benefit of the doubt and keep an open mind as I did while reading her statement and taking it at face value. 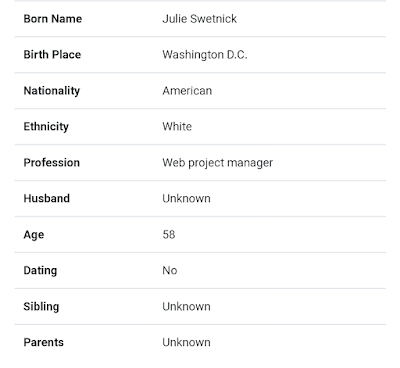 There are fourteen numbered paragraphs and she opens in paragraph one by stating in part, **“I have personal knowledge of the information stated herein.”** Keep the personal information claim in mind as we continue.

For some unknown reason, Ms. Swetnick lists her Microsoft Systems Engineering Certification with her list of clearances. I am a retired US Civil Service employee who has worked for the Departments of the Army, Air Force, Navy, and Defense. In the various positions my clearances included Public Trust, Secret, Top Secret, and TS Compartmentalized. My certifications are too many to list; there are over thirty.Yes a few from Microsoft and others certifying training on their systems. Frankly, telling you that I am an Eagle Scout should erase all doubts of my veracity.

Paragraph six begins Ms. Swetnick’s first “meeting” of Brett Kavanaugh and Mark Judge. This would be after her senior year and the freshman to sophomore summer for the boys. She goes on to say she knew them throughout the early 1980’s. This means after her senior year she continued to interact with high-school-aged youth at parties – just wait, it gets worse. She then describes how close Brett and Mark were based on her personal observations in “many social settings.” Somehow, these parties are enough for her to state, with certainty, that Mark will have relevant information on how Brett treats women. Of particular note, nowhere in this sworn statement does she describe even one personal encounter or conversation with either boy.

Paragraph seven is where Ms. Swetnick claims to have attended “at least ten” of these parties from “1981-1983” occurring “nearly every weekend during “the school year.” She claims to have observed Brett and Mark drink excessively, treat girls inappropriately, be highly aggressive with girls, and not taking “no for an answer.” She goes on to say she witnessed Brett and Mark “grabbing and fondling girls without their consent.”

Problems and questions: Ms. Swetnick admits to attending parties where she observed minors consuming alcohol. Thus far, the people involved with these parties have stated, many times, that there were no adults at these homes. That presumably makes Ms. Swetnick the only adult present. Why was she not intervening to curb the alcohol consumption by minors? Why was she not providing assistance to the girls who were being treated so badly? How does she know this “grabbing and fondling” were unwanted? This calls for knowledge of the operation of the minds of multiple girls. Where are these girls now? Why are they not stepping forward to corroborate Ms. Swetnick’s allegations?

Paragraph eight contains other allegations of bad conduct. She swears she observed, on multiple occasions, as Brett drank excessively, exhibited physically aggressive behavior towards girls, and pressing them against him without their consent. She describes Mark “grinding” against girls. She goes further stating that she observed Brett move or shift clothing to reveal the private parts of girls. Ms. Swetnick states that she observed Brett make crude, sexually suggestive, mean, inappropriate remarks to and about girls.

Problems and questions: once again, an adult does not intervene to put a stop to what she perceives as highly inappropriate activity. She makes “grinding” sound like it is an offense on its own. As a person that is the same age as Ms. Swetnick, “grinding” was a type of dance at the time. Would you, at age 21 to 23, sit quietly watching the behavior described?

Paragraph nine is likely the paragraph that has the most holes. She discusses how she heard from other women about the conduct alleged in paragraph eight occurring during other summer parties that she did not attend.

Paragraph ten is where Ms. Swetnick gives her “analysis” of Mark Kavanaugh’s behavior by saying Judge Kavanaugh’s claims of innocence are false and a lie. I believe that qualifies for my stamp of: "That is Redundantly, repetive, repeatedly so, over and over again, some more, once again."

Problems and questions: yeah? What did you do about the behavior at the time? Laugh along drunkenly? Or did you give implicit adult approval by remaining quiet?

Paragraph eleven discusses Ms. Swetnick’s observation of Brett Kavanaugh, Mark Judge, and others “… spike the punch … with drugs … and grain alcohol …” in an effort to remove the inhibition of girls negating their ability to say no. Because of seeing this adulteration of the punch, she avoided consuming the punch at subsequent parties. Then she says that she saw this same group of boys “target” girls who were vulnerable because of shyness or being alone.

Problems and questions: her assertion of the reason the punch was being “spiked” calls for the operation of the minds of each of the boys in the group. She cannot testify to that as it is inadmissible. If we accept her word, it returns us to why she sat by and watched this happen without protecting these vulnerable girls by intervening and sitting with the shy girls? Probably because hanging out with a shy girl would interfere with her chances of getting laid by a high school boy.

Paragraph twelve is quite provocative in that Ms. Swetnick claims that girls were inebriated and disoriented in order for the boys to gang rape  the girls in a side room or bedroom. She describes a “train” of boys lined up outside of the doors to these rooms. She clearly states that she saw both Brett and Mark taking “their turns” with these girls.

Problems and questions: OMG! She is witnessing what amounts to multiple rapes and she does nothing? She says she watched this happening and she saw Brett and Mark taking turns with these incapacitated girls. OK, say for a minute that she is not overstating her position; were they wearing boxers, briefs, or going commando? She must know, she witnessed these sexual exploitations. Also, I need the RX information for the X-ray contact lenses she was wearing. She could see through closed doors!

Paragraph thirteen is the most shocking. She claims that she became a victim of one of these “train or gang” rapes in 1982. While she says both Brett and Mark were present at the party, she does not say that they participated in her rape. She states that she became involuntarily incapacitated prior to the rape, probably by Quaaludes.

Problems and questions: this rape occurred in 1982. See paragraph seven where she claims to have attended parties from 1981-1983. So she knows rapes are occurring as early as 1981 and she did nothing! She avoids the punch and she somehow becomes involuntarily chemically incapacitated. How? Did someone inject her with a drug? Most importantly, she attended the same parties for another year after her own rape? Why would a young lady continuously put herself in a situation where she know girls are getting raped?

Paragraph fourteen states that she knows of witnesses able to verify each of her allegations. Where are they?

Julie Swetnick’s story is incredible in the sense that it is not credible. She admits to attending parties with minors and observing them consume alcohol. She did not intervene. She reports knowing what was occurring behind closed doors and what people were thinking as events unfurled in front of her. She says she witnessed multiple rapes of girls. Why was she sitting idly by watching this happen? After seeing all of these rapes, she returns to attend more parties. She attends one party and is raped herself. Even after her own rape, she attends more such parties?

Apparently, the sexual abuse of women is not taken seriously by old white Republican men. I think this Swetnick statement might illustrate why everyone should take any allegation of sexual impropriety with a healthy dose of skepticism. Here is an example of a female white Democrat who did not care at all about any of the sexual assaults against young women that she witnessed in person. Did she not believe herself? Did she not care about the welfare of the minor girls she witnessed being raped? How about her own rape? By not reporting it, along with the prior rapes she witnessed, and the rapes she witnessed after her own, does that make her a part of this media created 'rape culture'?Is she criminally complicit in all of those rapes as being the only adult present?

Whenever an allegation of sexual, physical, or domestic abuse is made,  use logic and reason to critically analyze every element of the outcrier’s statement. Do not accept the accusation at face value. Do not trust the analysis of any media source. Use your own brain. Apply your own life experience when forming an opinion. Be open to hearing the opinion of others, as they could have valid points. Those valid, but opposing points, when combined, will move you closer to the truth.

If you are the person to whom the outcrier reveals their experience, it is important that you form no opinions as you listen. Listen with an open mind. Let the story come out without interrupting except to repeat words that you may not understand or hear clearly.

When the entire story is complete, reassure the person that you will be there for them and that you will help them get the issue investigated. Also, assure them that their story is not going to be shared unless absolutely necessary. You will protect their identity, except as required to cooperate with authorities. In fact, you will maintain the identity of the accused, and that of any potential witnesses until it is time for an official investigation. You will not share names with your own spouse.

Stress the importance of them not sharing with anyone else until an investigation occurs. If the outcrier is a minor, offer to be present and even explain a summary of the allegations to their parents. Clearly state your intentions: with whom you must share, and what you will share with whom. In most cases, your local laws will have mandatory reporting requirements to law enforcement, especially for minors. Find out your obligation to report by contacting a criminal defense attorney, or speak to an attorney in the prosecutor’s office. Nobody wants to create any legal problems for you; their interest is getting any potential crimes investigated.

Do NOT investigate anything on your own. If you have written records of attendance of people at events, gather those records. If you are in a position of responsibility within an organization, there will be policies about releasing records. Some will say produce without subpoena, some will require a subpoena. Your job is to protect the integrity of that evidence. Be sure to make a copy, as the originals will become evidence, and you will likely never get it returned. When you share with people to whom you report within an organization, protect identities. Avoid making a judgment about the veracity of anything. However, if the accusation is easily supported by information that you already have, you will also have a duty to protect others in the organization from similar abuse of any kind.