Can He Really Be Shocked, Though?


Can He Really Be SHOCKED, Though?

Shocking? Really? The numbers for Trump staying above 40% are the only thing about his hard-headed, Israeli mastered and designed nose-dive that could be shocking. 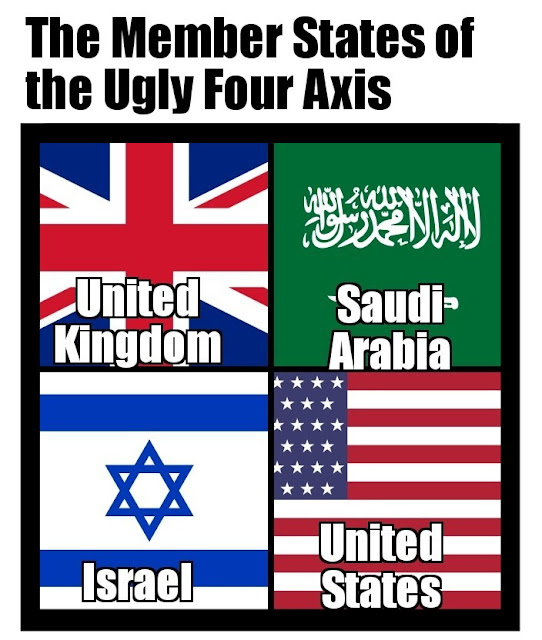 His numbers are not going to recover, either. The incompetence running the nation since the infuriating reign of ReBush has turned into blatant contempt for both law, truth, and for the voters, as well.

Trump entered politics famously outing ReBush and the NeoCons for Iraq, and Hillary and Obama for ISIS, when WikiLeaks confirmed that ISIS had, indeed, been a cooperative creation of the Ugly Four Axis.

Trump's inauguration was a moment of hope for a nation on the brink of collapse stemming from do-nothing executive branch iconically identified with corruption, and the potential for a Russian-American Alliance to check Israel's direction straight at nuclear war, and the indistinguishable role of responsibility borne by its government's high-fluting and intelligence agency driven deceptions of the entire populations of Ugly Four member-states.

These are Trump voters still pissed about ReBush, when, to the astonishment of some, Trump hired John Bolton.

It was this move that proved a variety of things, whether or not the US public, in particular, seemed to notice:
The clock is not only ticking on the Trump Administration, it is ticking on the end of the current world order, which is literally bestowed with mere days to live should the Ugly Four Axis attack Syria for any reason.

It will end by a second attack, and if Bolton is not immediately removed from office, it is not a question of if, but when.

When are you people going to learn/?God cast the Jews out forever. No Biblical passage states otherwise, devils stated otherwise.
They are the devil's children. If you go to bed with them, you must awaken cursed with them.

For this reason, no New Yorker, nor New Englander, nor Non Real Christian should be tolerated as a candidate for office in this country.

Likewise, the Constitutional violation of AIPAC is something that, if it is not halted, only adds credence to the view that America must be destroyed. It is literally swallowed whole by the corruption of Judaism.

Can He Really Be SHOCKED, Though?

Shocking? Really? The numbers for Trump staying above 40% are the only thing about his hard-headed, Israeli mastered and designed nose-dive...

I loved animals, music, sports, cleverness, winning, getting the girl, and trying to leave more than what I found. I hated corruption, exploitational behaviour, and those whose awareness of themselves placed all others around them subject to their egos.