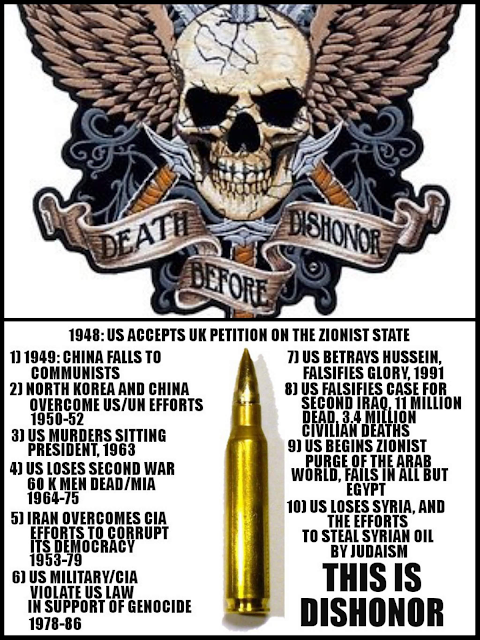 Stirring words. But Lincoln could take one look at the Jewish/Israeli influence that has taken over all branches of American government, and admit that his words applied to a nation that apparently ceased to exist quite some time ago.

And, the one that replaced it, which stands among all of the old, familiar American edifices, is neither a government, nor is its citizenry truly free, nor are they aware of the ugliness that their nation is about to plunge the entire world into: because the corrupting of America was done slowly, and methodically.

There is very little hope remaining for a recovery that doesn't imply the end of this system, but, it is hope....

Four Ways To Take The Country Back From the Brink...


The two party system is what made America vulnerable to the influence corrupting it from the pro-Israeli lobby.

Third parties must get power, before the plan to inundate them with child sex and laundered cash can be outlined by the AIPAC. Therefore, if we survive until 2020 without military occupation by the Grand Alliance Against NATO, then we need to take a stand for democracy without adhering to the old adages about "throwing a vote away".

Has any Democrat kept his or her word? Has any Republican?

No. They make promises. And, via Wall Street, which is, itself, Jewish dominated, and the two-party caucuses of delegates, and super delegates, that persistently engage the pro-Israeli platform into each party dogma: the inescapable unification of religion and politics marry following the diabolical example of Dwight D Eisenhower.

Each party, while in power, presents the illusion of being willing to kill the little gods of our national misery: the eternal Congressman. However, they seem to manage to fail to accomplish a single step in that direction since 1948.

They've put men on the surface of a non-terrestrial body, but have collectively done absolutely nothing to honor their social contract with Christian America.

Third parties platforming a term limits agenda should therefore be elected. And, if they zog out, replace them.

Sadly, I no longer sympathize with the veteran of the US military. And it is our national shame that men short of money and failed by the realities of Common Core, must enlist in the military, then, kill innocent children for Israel, just to pay their light bills.

Forsaking them is no longer a problem for me.

If the military were to run completely out of fresh, American souls, souls which could be traded to the merchants of Babylon in exchange for finding out, the hard way, that one cannot both serve Judaism, and receive Christ: then the idiot path to war would be reconsidered, without the Zogged flatteries of, "Ooohh...you Americans er soo invincible !" 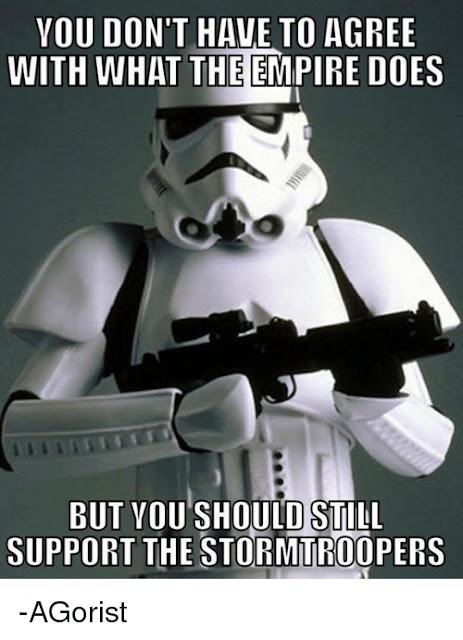 The 11 Recommendations Of The ''Frankfurt School"


1. The creation of racism offenses.


2. A constant state of change should preserve confusion, and compliance.
3. The use of learning institutions to teach homosexuality to children.
4. The transformation of the focus of educational institutions from focusing on education, to becoming focused on replacing parental and academic authorities, and replacing their authority with that of the state.
5. The removal of national borders.
6. To encourage drug and alcohol dependency for those not involved in the revolutionary concept.
7. The annihilation of religion.
8. The culture of criminal and civil law replacing bias against criminals with bias against victims.
9. Replacing gainful employment with dependence on welfare programs.
10. The bastardization of responsible media, and news media
11. Accomplishing the break-down of the role of family
~from, Smash Cultural Marxism


On which of the above issues have both American  parties agreed 100%?

The answer, of course, is all of them What is the purpose of Common Core?

Is it truly a R party legislation?

There is nothing right about the public school system. The fact that God is not allowed, but gay rights are mandatorily part of every curriculum, must be infuriating to God.

But, it can damn your kids without their choice in the matter.

Also, Common Core is a path to mediocrity; as though the system has given up teaching kids how to get the correct answers.

So, if they were to manage to attend college, a fortune will be necessary. A fortune, which will be needed to spends most deadly on repeating basic 101-104 classes, necessary for unfucking their brains from the twelve year brainwash which you, their parent, did not stand up, and prevent for them. Your role as provider and protector is already taken over by the state.

According to the Frankfurt School of "Socialism" hailing from a century ago, the removal of parental and familial authority, and the replacing of this human tradition with an ever increasing influence of state-sponsored ideology, was fundamental in the success of accepting the dynamic revolutionary paradigm of Communism. But Globalism, which is also Jewish in origins, has few distinguishing factors that separate it from Oligarchical Communism. 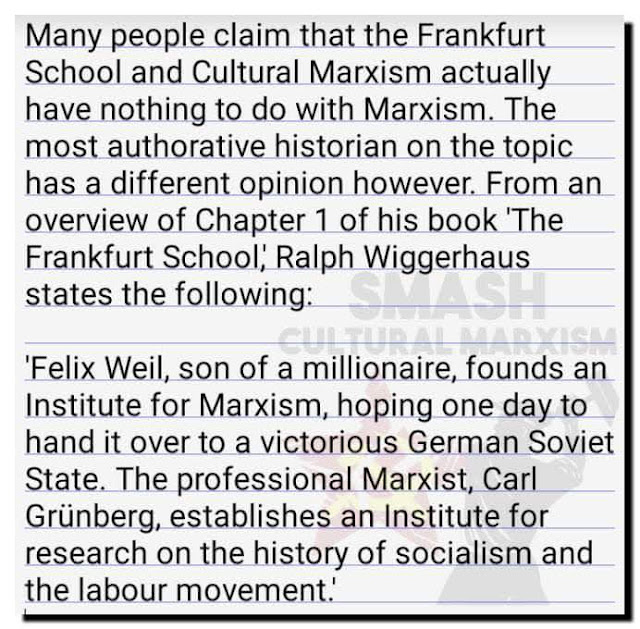 Communism is a Globalist, and dynamic revolutionary concept, which mandated that God isn't real, evolution is, and thus: all things came from the earth. In the initial accord, this removed the punishment of death for usury, which meant not high interest, but any interest, clearing the way to tear-down the temple pillars of Christianity on this world.

This would result in the rise of Jewish bankers, whose immoralities soon usurped all modes of European Renaissance-era concepts of community and law enforcement. The result, four hundred years later, is a brewing third world war: which is directly related to replacing Christ's condemnation of Jews with Ike's advocacy of Jews. These facts are very much traceable to Judaism, and to the usage of schools by Jews to remove the cornerstone of "God" in them.


Now, both parties in America are Globalists, and they support both abortion,  and gay rights, while mutually opposing the Second Amendment.

Overpopulation inspired both gay rights and abortion normalization statutes, though the Republicans do hide it well.

Disarming us as an agenda has obvious implications.

The Frankfurt School, which was founded by a Jew, was merely a think tank for imposing Communism upon the masses in post-World War One Germany. And much of its area of focus targeted early educational instruction.

In order to realize the purpose of promoting Communism, its founders compiled that list of eleven suggestions, and took direct aim at divorcing the culture of every nation from the Christian, thus, Capitalist dogmas that worked in opposition to the Worldwide Revolution.

Number Four, was, "Replace the role of parents with dogmas of the revolutionary state by co-opting the educational institutions in which our children learn about God, and History."

ReBush's Common Core program was a realization of that goal. In this law, correct answers are no longer the objective of learning: political dogmas, like normalizing homosexuality, are the goals.

Globalism is the new Marxism.

Communism's most elemental flaw was didactically superimposing that there was a, "Political Solution", to the huge list of political, as well as many other defects in the human condition.

Communism insisted, illogically, that history occurs in cycles, and by designing a system to halt those cycles, humanity was fulfilling its cathartic purpose.

This, of course, is flawed for many reasons. To make the simplest counter to this dogma: can a political system cure a cold? No. Not all problems are political, thus, there is no reliable, nor believable political escape from the facts of the human condition.

Especially, one guided by any absurd notions of functional democracy awarding equal and balancing power to minorities. There can be no system which would be fair to everybody....so, Communism was ridiculous. But, its architect was also Jewish.

So were the men and women who both created the Bomb, as well as the ones who gave it to the ideological adversary of the US at that time: the USSR.

KGB records, leaking from the old establishment security and intelligence bureau of the former Soviet Union, later confirmed what we already could've guessed: Julius and Ethyl Rosenberg were Soviet agents.

They were both Soviet agents, and they both denied that fact all the way to the electric chair in a selfish, and phantasmic legacy. A legacy which they cruelly bequeathed to both of their families, and all of their friends....


The SCOTUS repeatedly offered them their lives, if they simply would admit that they were spies. And, stubbornly, they went to their graves denying it.

And this "spirit" has successfully usurped the traditional roles of family, and of the Lord.

It has also replaced the right answers in exact sciences, like Algebra, or History, with incorrect ones, shifting the focus from learning to ideology.
By this shifts the corrupting elements in the US created fertile ground for the perfect collapse of American society.

We can still opt to teach our kids, and we can choose to do so in our homes. And, if one were to ask me, this is the only choice a parent has, any longer...

Find a curriculum that defies Common Core and bears no animosity with God.

They are out there.
We aren't all dead.
Not yet.

The fact is, as Freud once said, "Guilt demands punishment."
Though he was commenting on the sundry weaknesses abiding within the frailties of humanity; as a nation, we are lazy, conforming, approving, and participating in a systemic veneration of the Devil through a rampage of murder, and theft.

And, should we defy this corrosive delineation of our traditional values, then we risk being subjected to a virtual octagon of public, and personal rebuke.

We cannot utter a prayer in a public school directly due to the Jewish ACLU perverting the First Amendment. And, we are forced to explain to our kids that, even though teacher said being gay is good, that teacher is lying.

This marginalization of our historic religious views is not only wrong, it was prophesied by each Apostle, and in vague references by Christ, Himself.

Yet, our leaders expect our conformity based upon the hidden dogmas they observe, also a product of Judaism, which mandate the perversion of our society via a dozen or more dedicated pillars. Globalism is the most convenient; we are aware of it.

Saddest of all, is knowing that, of all those chains we are forced to wear, the prohibition of human thought has done very real damage to Christianity and democracy, alike.

Certain "offensive" thoughts we may choose to think, we mustn't. For, they are forbidden! How utterly Orwellian!

And, if we choose to think using those thoughts, and we then sculpt the raw impression of this tribulation into a more precise rendering of the words of the truth, in any unbiased observations of what we, as a nation, are experiencing, we are then subject to the hypocrisy of perverted American Free Speech. Specifically, that speech is free only free if it is cleared first by the Devil's offspring.

We have taken a Republic, which we have inherited, and which had been dedicated to the preservation of the tenets of democracy, and driven that Republic head-first into the jurisdiction of the Devil, himself.

And, by our participation in this systemic abuse of the Ghosts of our Founding Fathers, we are also delivered to the damnation for refusing to measure with them, and rise above a spirited and miserable circumstance. 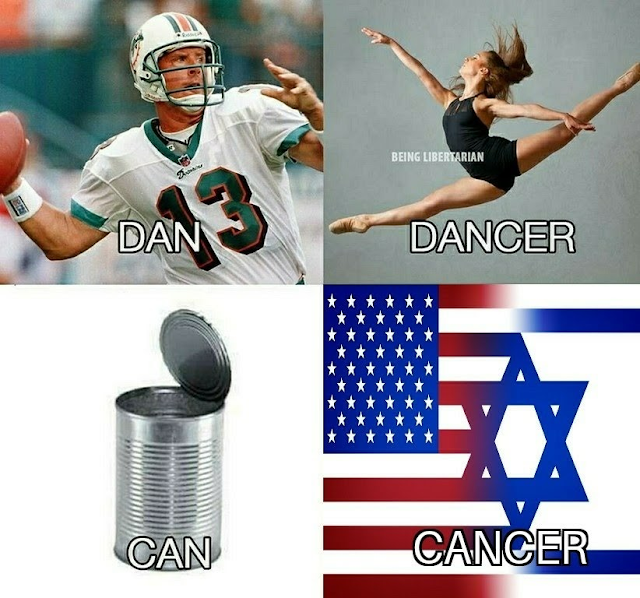 Email ThisBlogThis!Share to TwitterShare to FacebookShare to Pinterest
Labels: #KravDamned, #MagaDamned, Hope, How To