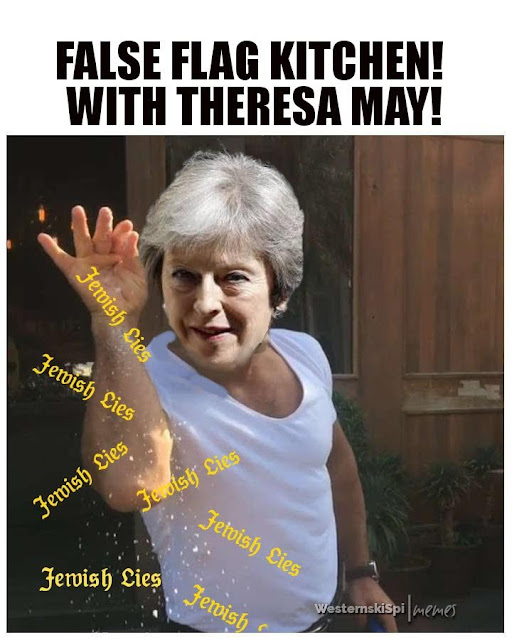 Mrs May: where is Brexit? Hmmm....is it a fair question to perhaps become lost in all this baloney about Salisbury....? Can you say, #Transparent!?

Here are four lies that allow the Jewish controlled media to deflect valid public concerns as per the Bilderberger Organization Charter:


There is no truth to the fallacious assertion that the earth is being overpopulated by humans. But, each zogged headline trends wars, and upheaval/revolution as a methodology to instill the popular culture with this myth. The normalizing of sexual depravities, like the issues of gay marriage, and identifying them as minorities, ties in also with the overpopulation fallacy driving both Judaism, and Globalism, in general.

And, the subject that straddles the next item on this list, also relates to the overpopulation fallacy: diversity. Gay marriage equals no kids. No kids equals overpopulation cured.

Diversity is how these efforts to normalize issues ranging from gay rights, all the way to normalizing pedophilia, and the methods that are used to de-emphasize the Christian values of family, as well, are all collectively undertaken: 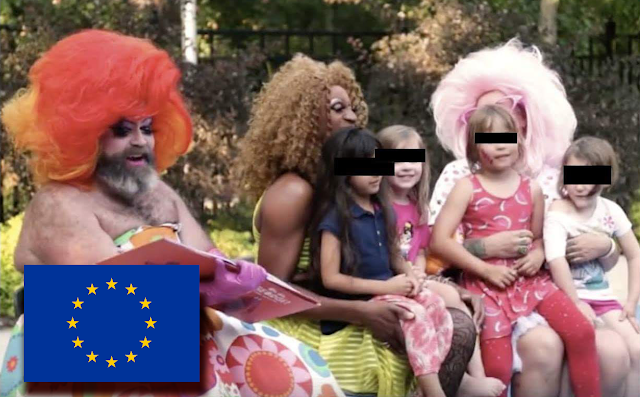 Diversity is a code word for, "Usurpation of the White majority". This is diabolical for two reasons: many Jews claim, falsely, that they are Caucasian, and Israel, the most Jewish place on earth, neither permits immigration, nor non Jewish people to live there, permanently, without press/diplomatic papers. Then, the person is automatically suspected of espionage, and often must endure prolonged abuse.

Diversity is actually hate for tradition, in a Nihilism that would've astonished a Christian nation, but has been leveraged against Godliness until these swine seek to outlaw the Bible, itself. Diversity also comes complete with reactionary-ism consolidated into a series of emphatic biases which subscribe to the Fallacy of the Majority, and, otherwise, identify the successes of efforts at dumbing down the population.

The cry of the diverse: "racist", has been overused until it has become meaningless as a serious accusation. In fact, crying "racist" to people who are simply stating facts, eliminates any real racism from being taken seriously... Among the millions of times, daily, that these efforts at the decriminalization of such absurd and despicable practices are defended, illogically, by calling a Christian a racist, an awakened sobriety is counting our educational institutions accurately as brainwashing camps. Want proof? Ask a high school student what 5+5(2) is? When he answers, incorrectly, 15, then you will know. They can't do algebra, but, would give their lives in the defense of sodomy....

True racism was eradicated. It was awful, and infuriating. Medgar Evers was assassinated for receiving a promotion. He was not gay bashed to death for dressing in ridiculous garments implying offensive notions of femininity, and, then insisting his sickness be, "Accepted, because he refuses to be guilty for being himself."

He was murdered for the implication of his promotion, which saw a white man passed over, stating that being better qualified has no color, and color has no privileges above qualification.

But....like math, our kids do not know the difference.

The illusion that government protects, or should protect feelings is so absurd, that I realize we are nearing the end of the world, due solely to my feeling it necessary to remind you: the same body that taxes you doesn't give a damn about your feelings. The defense of any illusions that it does, is simply either naivety, or ignorance being expressed by these practitioners of political correctness.

Government does not help us, it does not prevent wars, it doesn't provide justice. Nor can it protect a minority from an outraged majority.... Democracy means the votes are counted. Not the feelings of a small number of voters!

Diversity is the foot that got the devil in the door. We need to transcend the actual meaning of the word to greet it, and what it implies, for what those things truly are. It is more biased to kid yourself about it. 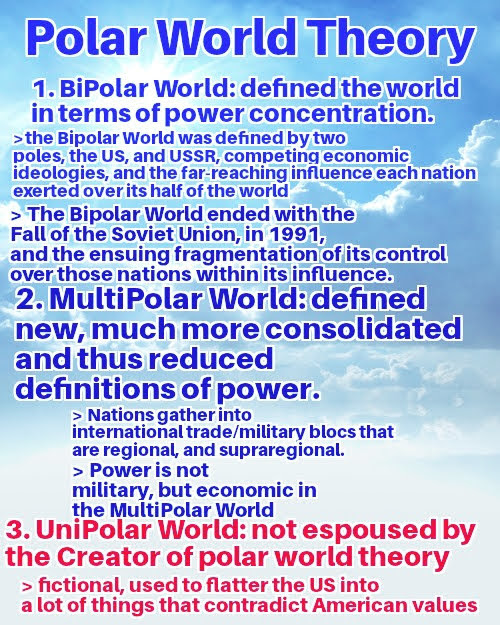 The very idea that a new BiPolar World is emerging, or has emerged, already, is simply ludicrous.

However, through lies, edited quotes, and fallacies held in confirmation to the armchair political scientists in redneck, USA, the media continues to claim, in deceit, that the re rise of the BiPolar World is in effect. What terrifies them is the truth: Russia, Syria, Iran, Pakistan, India, Turkey, and China represent a MULTIPOLAR, CHRISTIAN OR MUSLIM (NON JEWISH) World Order.

This is also adherent to the Thompson Dialogue of Polar World Theory. This tends to discredit the narrative of a new, Cold War, which is being used to encourage the average American not to question the massive buildup of troops near (((their))) Homeland. Likewise, the nations allied with Russia are targeted daily by a fallacious and Zogged media, with totally planted tales of conflicts brewing between Russia, and any member-states to which Russia is allied. These tales are proof that our world order chose to back the wrong side in Palestine.


Whether in defense of Syria, or Iran, Russia is being targeted by an insane, and Jewish, effort to provoke a worldwide disaster. The gas attacks of 2017, and 2018 have now been proven to have been staged.

And, instead of putting a much needed stop to this typified insane effort, UK has now accused Russia of the Salisbury Poisonings, as well! These poisonings are by now, ordinary, and as such, the evidence, as well as common sense, actually tends to discredit these "attacks" as falsified. And, that tends to indict the UK in a furtherance of more false flags, in ongoing efforts to frame Russia, as well as to antagonize an increasingly antagonized alliance gathering against the UK.

These 4 lies may not be stated, verbatim, each and every day. But, each of these lies are thematic, and omnipresent within the body, and substance, of each msm headline.
(Link: the OPCW Douma Finding states that consumer level chlorine products had been splashed in several areas: this proves that the attacks were staged)
https://www.opcw.org/news/article/opcw-issues-fact-finding-mission-reports-on-chemical-weapons-use-allegations-in-douma-syria-in-2018-and-in-al-hamadaniya-and-karm-al-tarrab-in-2016/

In America, we elected Trump to halt this. To the contrary: he is amplifying these things to the point even the rest of the earth wants him ousted.....

If the Congress, or the AICAP, truly wanted Trump ousted, would they not abandon the Zogged Russiahacked narrative, and impeach for the War Powers Act, which he has clearly violated, to the tune of a couple of hundred dead Syrians? 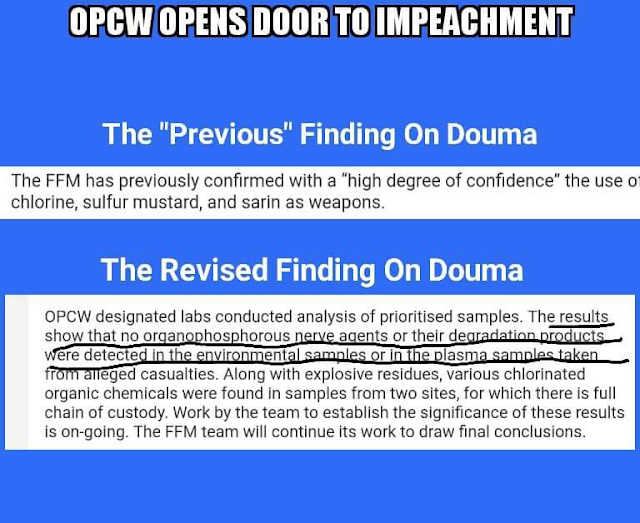 But, if they got that, it would not cause the transparent efforts directed at provoking Russia to cease. To the contrary: idiot Globalists would, in their incompetence, view ousting Trump as a sign from Satan that they cannot be stopped..... Then, they would be stopped. And, they will, either way.
at September 07, 2018