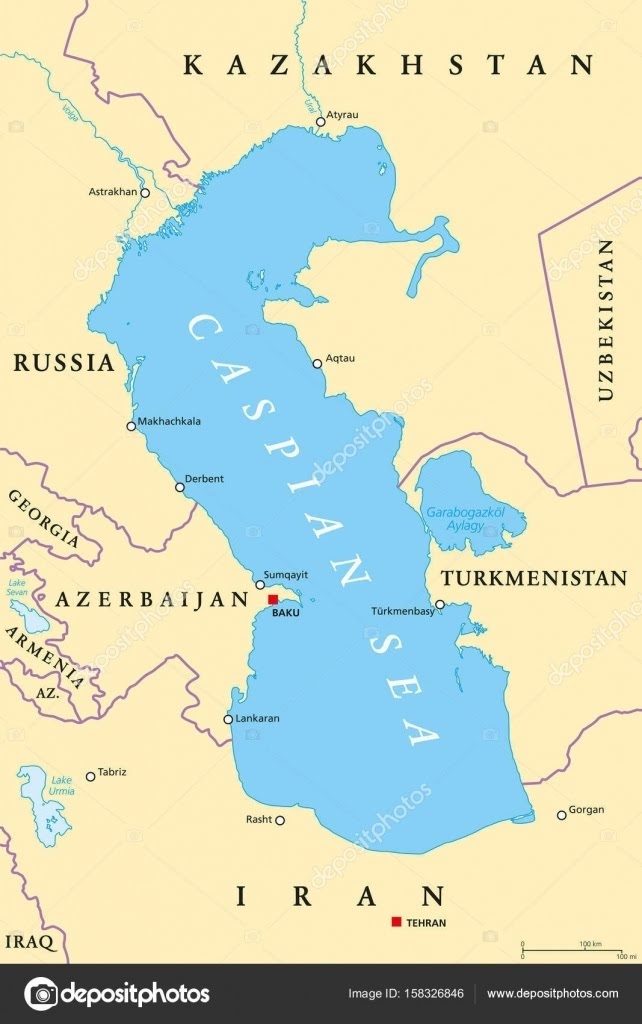 Turkmenistan, Kazakhstan, and Uzbekistan represent three efforts by NATO to ease Russian concerns with unchecked expansionism and aggressive hostility by trying to re-word the definition of NATO membership.... And it hasn't worked. There are about 600 US troops in all three nations, and like Ukraine, they are member-states of NATO, according to the NATO Charter. But, in newspeak, they are merely NATO territories.

There is a division brewing within NATO allies and the US. It stems from eu greed, flatteries, and the convoluted diplomacies of Donald J Trump.

The Iranian JPCOA has become a deal-breaker for NATO, who has expressed a refusal to aid the US/Israeli Alliance against the rest of the world which is set to kick off sometime in late 2018 or early 2019.

The incompetence of the US leadership, all of them, as well as the psychosis of Ben Netanyahu, are brewing a perfect storm of pressure against Iran, which has horrific results for this country. It is also doing more to consolidate the Grand Alliance Against NATO than otherwise would have occurred.

This shall result in a total rout for the US, as it nearly did when half the remaining Iraqi Army nearly beat NATO in 2004.

With Bolton claiming, absurdly, on NBC'S, "Meet the Press", that, "...Russia wants Iran out of Syria...." you can tell he is on some kind of opiate. He doesn't have a clue, and he is the Oval Office's face during this slipshod national suicide of twice told tales, and unlearned American humility.

As soon as they do, the Grand Alliance's response, blockading Hormuz, destroying the Suez Canal, attacking DC, and holding to measure European response, will devastate Votel. Then, Putin arming a Saudi Arabia, 90% of whom wish Revolution, the US, Israel, and Saudi Arabia shall be overrun in a matter of weeks.

But, there is one initiative that might explain to you why God will not permit the goodly and His sort to enter US strategy planning: that would be a plan where the US fortifies the Caspian Sea Corridor, along the Turkmenistan and Kazakhstanian shores, and invades East Iran, holding at the mountains in the North Central highlands, slowly building troop strength and supplies overland via Afghanistan.

This is the Caspian Sea initiative, and eludes current US war planning because it is not blitzkrieg, it is not German era WW2 stuff at all, and it holds not urban fighting and airpower in high esteem, but occupation, then overrun of Tehran as a strategic goal.

This is not a containment strategy, therefore, it would not enter into American military BiPolar Vietnam era strategies still alive in the Pentagon, though they have never worked.

The goal, capturing Tehran, would then be used by these sick Pentagon types, to loot, and hijack the wealth, antiquities, and the lives of the people in Iran. Since Russia is a Caspian Sea neighbor, the current thinking of Pentagon strategists is their best ally.

But, in the Caspian Sea initiative, the fight is slow, progressive, and doesn't interfere with the very sparse civilian population.

However, it remains a slowly dynamic front, bolstered by troop and personnel resupply overland, from Afghanistan.

If the US chose a less naval, less loud effort, the effects would be successful.

However, once the war spread to Russia, only the Caspian Sea initiative could possibly work, as the GAAN's naval presence in the Caspian Sea, would not be of any use except trying to pinpoint bomb the US presence slowly developing a spearhead behind the mountains, lost in all that terrain.

Email ThisBlogThis!Share to TwitterShare to FacebookShare to Pinterest
Labels: Geopolitics, Iran, military strategy, Nato, Russia, The War that comes, US