Why This Meme Is PHONY 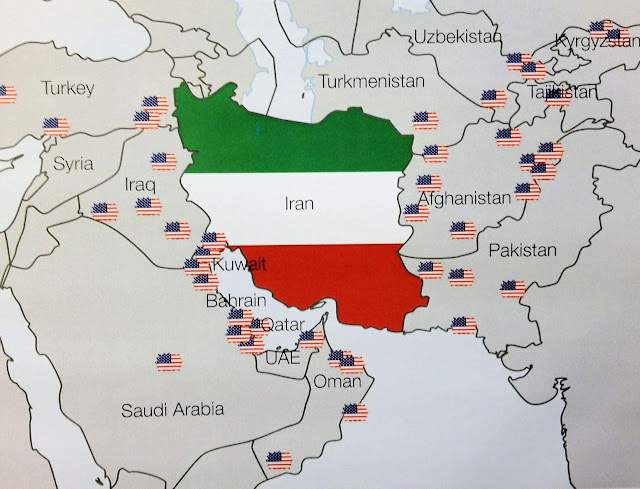 Why This Meme Is PHONY!

Why This Meme Is Phony!

Iran currently has 5 divisions inside Syria, alone....70,000 combat-experienced troops. Combining the troops of this meme, and Europe, the US has almost that number. But this does not include the troops that attacking Iran will also be drawing into the fight: the huge and vast armies and navies of China, and Russia, India, Turkey, Etc....With NATO already promising to sit out any conflict between Israel and Iran, this leaves us alone.....again.
https://www.jpost.com//Middle-East/Iran-News/NATO-chief-said-alliance-wont-defend-Israel-in-war-with-Iran-558987

There are 34,000 troops in the US NATO commitment. A little more than half of those are combat deployable troops. The rest are motor pool personnel, medical support, and occupy non combat roles.

Below: 35,369 US Army troops remain in Germany. Half of them don't fight in combat roles. Almost none of the 21,000 USAF members do, and with the exception of UK: almost the whole lot of these remaining are attached to the State Dept, or some other US Mission, such as NATO in Belgium.

Iran has 70,000 combat tested troops in Syria. The US has 20,000 they could force to the front, however: there is the fact that an overland route connects Russians and the rest of their allies directly to the battle....where millions of their troops would be sent.

The NATO presence for the US, at its heights, saw tens of millions of US military personnel throughout Europe, and was centered in what was then West Germany. The US Army in Germany, by itself, (not counting other services) made up 81% of the US NATO commitment during the Bipolar Cold War world.

And, this is where much of the average American's imagination about US military power expression remains paralyzed.

This meme is responsible for a whole lot of overconfidence in Trump's amateur diplomacy which indicates that he will attack Iran. But, this meme is proof of actually why he could not. 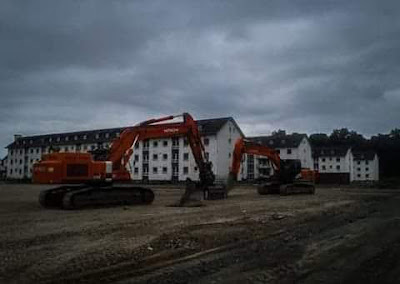 Most Americans seem bewildered by the 1991 collapse of the Warsaw Pact, and how that virtually emptied Europe of US presence. Indeed, most of the US Army in Europe (USAREUR) has been mothballed, and bulldozed. Of the 36 American high schools that once dotted the German countryside during the height of US presence in Germany, only nine remain. Of those, none has near the 2,000 high school students, alone, that each once averaged. They now average around 200 students, of all ages. This represents a huge gap that Americans believe stand ready to invade Iran or support an operation capable of starting a world war. The soldiers just aren't there, in the Middle East, nor are they in Europe. Most have yet to be recruited....


And the depictions of this meme, that US greatness is military, is proof that we cannot produce capable leaders, nor is 90% of the population that believes this meme, capable of reading a history book.


1) These are outposts, with the exception of Riyadh in Saudi Arabia, and Qatar. These are sparsely populated, and 90% of these are in combat zones, considered hardship tours, and draw combat pay. They cannot provide a US presence anywhere near what will be necessary when Trump, and the fools who line up behind him, attack Iran, Russia, China, India, North Korea, and the list goes on. Turkey is a member-state of the Grand Alliance Against NATO, the facilities within its control most likely will be either taken, or the tarmacs bombed and the aircraft incinerated.


2) Vietnam was filled with bases and army posts larger than these, over smaller geographical areas. Thus: the number of outposts has no effect upon victory.


3) The US still fights containment strategies, which means that these bases are useless as both manpower resource AND containing Tehran, they are simply too far away.


4) There is no military goal. Trump is permitting Insane Netanyahu to run the country. This is both the goal, and the cause! Netanyahu just needs Americans to die for his superimposed country...

This is a man who has literally repeated the claim, "Iran is ninety days away from an A bomb!" since 1999. That is no sophistry, he has made this claim, repeatedly.

And Trump is allowing him to operate US foreign policy in a shocking and illegal deferrence to a foreign power, one repeatedly caught engaging in espionage against the US! These people are not our friends!

The goal Netanyahu has is to demonstrate control over the US; insamuch as to wastefully, and suicidally order Trump to begin a third world war. (Mueller should investigate Israeli collusion)

In insane logic, like that of Netanyahu, if Israel cannot murder children in Gaza at its leisure, then EVERYBODY HAS TO DIE. This couldn't be further from the truth. And it has inspired NATO to declare publicly that, if Netanyahu succeeds in starting a conflict in Iran, that NATO will not assist Israel in its defence.


5) The US has been caught by the Syrian and Russian armies already, due directly to Israeli "advice"(not to mention, Iraq, and 11 million dead or missing Iraqis, also a product of Mossad advice [see, Case for War evidence provided to Cheney by Mossad] https://www.lrb.co.uk/v28/n06/john-mearsheimer/the-israel-lobby
https://www.newstatesman.com/blogs/mehdi-hasan/2010/02/iraq-war-israel-bush-saddam), and Israel's actions are inflaming the situation. The locations of these outposts are too far away to be of any help should Golan be invaded, and each of them on the Persian Gulf are vulnerable to the naval missions of the Grand Alliance Against NATO. All they'd have to do is block the Southern end of the Suez Canal, scuttle barges, then Blockade Hormuz, and invade Saudi Arabia from it's Eastern coasts.


With minimal effort, the unlearned lessons of Korea, Iran, Chile, Guatemala, Vietnam, and Iraq will be repeated this time to devastating costs both to US civilians, as well as to the US military. All this empire-crash just for one lying, bloodthirsty, and insane Israeli, and his Manchurian/New York bought and paid for candidate.


In the future, Google "US military presence in Europe", or "# of US military personnel in the Middle East": this meme was created by an idiot.
https://m.facebook.com/story.php?story_fbid=1767072420048885&id=100002384327718 (if "not available", he can be found as Volker Oneiroid on FB)
This link is to my buddy, Volker's, FB page. By scrolling through it, you can view the devastating impact of the NATO drawdown on Germany. Volker had a page called The US Army in Europe. But, for reasons not given, EU forced him to take it down. Friending him is definitely helping me stay sane, as the world of my youth is bulldozed..... What's left is like courage...not much!