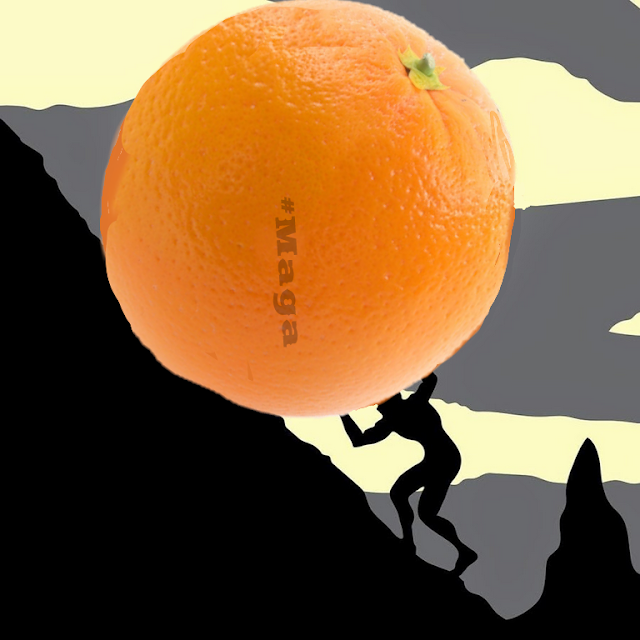 By: Kevin Drummond
In Political Science we identify the political identity of a person or group based upon demographics, as well as the possibly outdated model of French Parliament (L and R Wing), and we also differentiate between a movement, and a party.

A political party is a group of politicians, as well as their registered voters, who define and distinguish between themselves, and other parties/voters, based upon a variety of criteria.

For example, La Debout is a French eurosceptic party that operates in a coalition with other eurosceptic parties and presents a foil to the notion that France is satisfied with eu.

Contrarily, #CasaPound is an Italian movement which espouses euroscepticism, but only individual politicians. CasaPound is not a group of politicians, but a group of concerned Italian citizens whom oppose immigration, and embrace populism.

The reason that I am bringing this up, is that it becomes clear to me that Alt Righters have no basis as a party, and are less structured along ideology than perhaps CasaPound is.

And yet, this shattered base following Trump underneath this banner has no more relevance in America than either Clinton does at this point. Trump has fallen in the polls, owing to a number of base-fracturing issues that have cast the right wing, the one that actually exists as platform agenda, and not the Alt right, into sincerely bad light. And, at this point, this far out: it would appear that the Democratic opponent facing Trump could win easily by capitalizing on the silencing of Al Gore's pop cultural Global Warming, keep American industry working, and promising to distance the country from Israeli lobbying issues, altogether.....

The problem with maga is that it is a social media election tampering by Mi5, and Mossad. It is not a political identity dry enough in the mold that we can form any permanent, and lasting conclusions, except that questions persist as to the legitimacy of a shattered support base, one that is clearly in decline, and all of the duplicitous media pushing this angle or that angle. The blatantly pro Israeli lobby, itself, has always been divided by Trump's identity. And, in all likelihood, driving maga was not a Russian, but an Israeli tampering with the electoral processes in America, in spite of the Jews in the US who actually despise him.  At some level, maga, and Hillary 2016: are very much as-out-of-touch, as fanatic, and as bound for shock as the other; few as each was, and/or is, in number.

Therefore, the daily fixes appealing to a media construct of what right and left are, and what the other's adversary is doing, remains entirely mythological.

Gun Control is a Leftist agenda, Trump supported it, however. Political science recognizes a liberal in Trump, whom himself, incorrectly, and famously, albeit, loudly, referred to the NAZI party as "Socialists"! Then, called them, "Left wing...."That routinely the alt right follows his ignorance rudely,  with anything but knowledge of political science, or history, is truly fanatical, and truly non-reality based. This kind of "support" is all that remains in his camp.


Therefore, looking at the numbers in front of me, and the chart bottoming out being not far off, it is logical to presume they will be shocked to reality sooner than later.

And, in the alt right, we have neither a party, nor a movement. But something else. Something which can be used to propagandize Israeli First Agenda, and cause the annihilation that it incurs, to be both embraced, and even celebrated, by a small, tiny, very otherwise apolitical populational cross section.
And, about half of them are intelligence operatives. 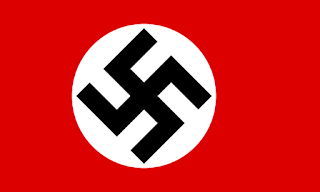 About The Nazi Party:

National Socialists German Workers' Party was so-named: National Socialist, because for the sake of German workers, and the German people, in general, Hitler exited the Wiemar Agreement and refused to allow German money, nor goods, to leave Germany to pay the restitution established by the terms of the World War's victors spelled-out in the June, 1919 Treaty of Versailles. National Socialist German , as opposed to a general, and WORLDWIDE socialism, because that was one of the names in that era that refered to the Worldwide Party Congress, aka by their other name, Communists....

Trump is a dumbass. Or, he is a Communist because he is a member of a Party. Same non-sequitar. 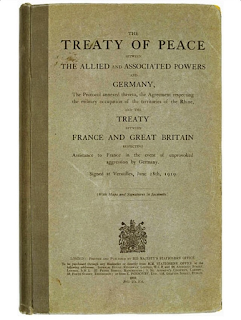 Before Hitler did these things Germans were starving to death. Communism was being touted as a solution for the agony faced by the average German.

Hitler also recognized that Communism claimed that its tenets placed the worker above all, and that made their products, and economy, superior. Hitler faced a Germany that bought into some of those theories, and named the party, and designed the swastika, to combat these forces directly. Nazis are ultra rightists. Their mirror image on the political spectrum would be Communists, ultra leftists. Extremes in politics and nature cause similar effects through contrasting means.

To date, only idiots and magatards refer to Nazis as, "Leftists". Stay in milk. Drink your school. Go to drugs.

Another issue relevant to the blind-devotion of the Alt right is the issue of group identity in strictly social-psychological terms. Group identity is one of the most attractive concepts to the human condition, in general.
There are more angles, but the two I want to round-out this topic with, are "why", and "consequences".
"Why" is simple: group identity offers security. And the security may replace all of the modes of alienation at work in a vulnerable population's individual psychological compositions:
1. Boredom: this is something that, during the 1980's, the American Psychiatric Association identified as "the most dangerous form of stress, period". In a group identity, boredom is replaced with activities that permit the issues about themselves that one may find undesirable or impossible to confront, and replaces those unpleasantries with a sense of unified purpose.
*consequences: those unchallenged issues are natural for an individual to feel uncomfortable about facing. Therefore, should they go unchallenged, the development of natural skills with issues of education, the opposite sex, and early adulthood development render that member with a lasting group of "leftover parts".
*Also: IF the Alt right, in particular, is being primed by bots working for Israel online, those handlers are working this entire group with plans for them, in the future. Israel doesn't give two shots about Trump. But, a group of fanatic Anti Christs, upon whose sympathies Israeli Intel may play for the power over them in real life, the Cult of Trump, and his one term presidency, could easily be milked until near-Viet Cong like roles, under the command of the Devil's children, in Tel Aviv. 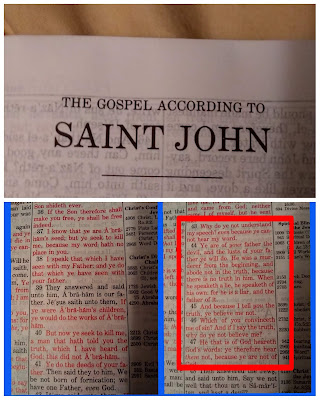 2. Social Anxiety/Security: most Alt Righters associate themselves with the /pol/ autism weaponized trend, but they do not associate with /pol/ regularly, or they would witness the fracturing of the "pro-Trump" actual autism contingent for themselves, as pol is more finished with Trump than I was.
But, the attraction of an individual into a group identity always involves the resolution of personal insecurity with the security of the group. This is known as the "Safety In Numbers"-effect.
*consequences: the payoffs seem many, and the price seems low, but as the group moves further, and further away from rational practises, the individual is prompted by the group dynamic, to engage in more and more senseless behavior. We see this is the Hillary camp, as during the midterms in 2017, several freaks and perverts were sponsored by the DNC in photo shoots featuring them, and small children.
This compels the Democratic voter to surrender his/her personal Faith, and Christian values, for the "right" to "vote Democrat".
And, this compulsory moral abandonment is possible in GROUP Dynamics, but nearly impossible in individual dynamics.
The type of Alt Right activities may involve the efforts to silence the Word of God condemning Jews forever, as Jesus does. And, in increasingly desperate methods, this could become violent without much prompting.
Though the entire Israeli bot issue is online, the shock awaiting the alt right in Trump's defeat, combined with the absolute psychotic desperation awaiting Israel if Trump doesn't attack Iran SOON, could result in AICAP directing the Alt Right to engage in a variety of actions illegal and or violent, in order to achieve another president as stupid as Trump, or soldiers for false flags ops that accomplish elevated overseas US military presence.


What Happened to our Party?

Under a succession of R presidents, the Conservative Identity has been killed.
True American Conservatism died with the rise of the US as a global superpower.

Nixon expanded the Federal Government, which is typical in what appears to be the death of the ideal and the definition of American Conservatism. True Conservatism in the US died with the rise of the Bipolar World, and the US taking a global role unique to human history, and to the nation, itself. This role was, however, the result of two separate Democratic Presidents, and their personal convictions about the US inevitably becoming caught-up in either of the world wars of the twentieth century.

Ike was not political, however, and both parties recruited his membership, pursuing him as their candidate non stop. JFK is rumored to have remarked that, had Ike accepted the Democratic Party's offers, then he would've never been elected president.

But Ike, too, acted along the edges of the redefining of American Conservatism by fine-tuning the red giant like inflation's of Truman's "National Security Act of 1947".
As a result, the Republican Party has died. The party that once viewed the Western Hemisphere as the "line of divide", has become extinct, and replaced by a partnership with Globalism denoted by extreme violence, loss of wars, international meddling, and a public removed from being either heard, nor accounted-to for the unacceptable blood thirst that has now, tragically, become more and more identified with Republican Party dogma than anything else.

The Alt Right was born into the completed process of killing American Conservatism, and is even more Pro-Israeli than some Israelis. So, Trump's base-shattering missiling of Syria twice, which are war crimes, and his rhetoric via tweet and Zogged Media headlines, seem a natural fit. Too natural to be real.

As we begin to realize that the election tampering is actually Mossad and mi5, we also realize that #maga may, in fact, be the birth of a pro-Israeli terrorist organization within the country. Able to engage false flag ops, and a larger overseas US presence.

But neither the R nor the D, nor the alt right nor alt left are American, anymore.

They are Globalist, which means Israel is the issue figuring most prominently, and the vitality of this Republic is waning by the moment. 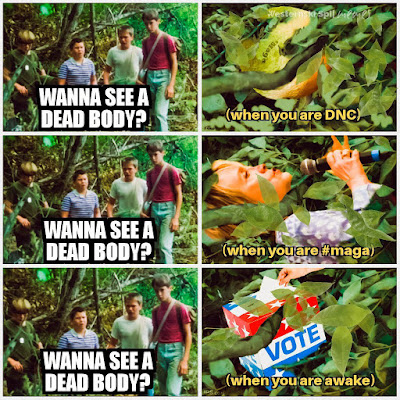 Email ThisBlogThis!Share to TwitterShare to FacebookShare to Pinterest
Labels: Geopolitics, Online Espionage, The ALT RIGHT, The Presidency, US Political Parties