Myth of the Military Millionaire: The Panama Papers' Next Headline 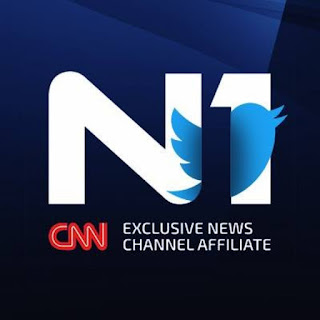 N1: both Croatian, and Serbian TV semi-conglomerate, is operated by an American led conflict of interest-ignoring mafiosi of Globalist bankers, and retired USA personnel. The CEO of N1 is USA, ret, Gen David Patreaus. Now, let that sink in, since he had no role in Serbia as a soldier....

The laws about looting seem on-hiatus, obstructed by fine print, and a methodology that permits, nay rewards, criminal behaviour by a network of established former US military personnel, whose bank accounts cannot be audited for a variety of reasons, and are engaging in crimes internationally.

(Note: USA means US Army, not the US, which is denoted by the two letters, US. Ret means "retired")


Show me a military-millionaire, and I will show you what should be a Defendant at Courts Martial, Civilian Justice, or both....

In absolute terms, the idea of a "military millionaire" is laughable. Most people would be surprised to learn that higher ranked generals pull in a whopping $15,000 per month...
That's a lot of money....but even if you never spent a dime, it would take you the better part of a decade to reach the million dollar mark. Eating Vienna sausages, walking everywhere, and having to buy your own uniforms would be bound to eat into that, adding two or three years to the decade plus, making it at the least, twelve to thirteen years. This $15,000 is the base pay of a four star general, and most are compelled into retirement after thirty years. Subtracting the 20-30 years minimum that a crack officer can rise from 01 (2nd Lieutenant) to 011 (four star Gen), that also means no family, no loss of investment capitol, making the myth of the military millionaire exactly that: myth.

But, the fact remains that certain generals are forced into retirement, while others are permitted to enjoy the company of the Bilderberger Union, and this preclusion appears to grant immunity from morality and the law to certain US personnel awarded both money and command by their complicity with flaunting the law.

Missing Gold/Dollars From Iraq: Over One Billion Is Missing
As much as $80 Billion vanished with the 2003 invasion of Iraq. 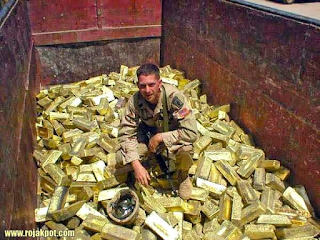 Reports cannot locate the gold, nor most of the priceless antiquities, nor cash, captured by the illegal US/UK invasion of Iraq. This is shameful....

The US and UK commanders, (more US since this fortune looted from Iraq was American currency and gold), must bear accountability for the looted property...but why have no charges been levied? Why has no inquiry been made public?

Because the looted gold is being hidden by these active duty and retired personnel, like NATO Centcom chief Gen Joseph Votel, and it is an open secret that he possesses his "cut" of this looted property, just like each US Brigade level Commander in both Afghanistan and Iraq, apparently, you had to be both, and this has hurt the country, and NATO severely.

But the fact remains that looting is stockade stuff: but there they are, walking free. And no doubt the entire Armed Services Committee of the US Senate not only knows, but got their cut: and this dark council tradition of immoral behavior has cost the United States more than victory, which it still does not possess in either theater of the so-called, "War on Terror", circa 2003-present day, but it has cost them the larger part of tactical advantage: being upon the moral high road.

Yet, defeat after costly defeat, intervention in the Occident is still on-going, and the Panama Papers may be able to explain where the missing almost billion dollars in Iraqi gold, alone is hidden, but the base pay of both of these soldiers, Patreaus and Votel, cannot forensically account for the millions of declared, and undeclared dollars they are raking in as beneficiaries of a total losing strategy of good ole boys, motive, means, and opportunity keeping them rich, and able to influence policies born of the fake conditioning and reward that their negated views of the world have shown them.

Those Revelations reinforce the view that these criminal acts must be correct: due to having made them very wealthy....! So, the defeat of the US is woven carefully into a concise and perfect sabotage....that each would-be defendant would argue is anything but curse....

Where is the IG? Where is JAG and enforcement of looting regulations? Gone. With Ike, and the last American victory in foreign war, some seventy three years in a distant and Rothschilds/Rockerfeller-less US Treasury, and a military still raised to our mutual defence, like the one Trump promised and failed to restore.

Adding to the contradiction to nature prosecuted by the NATO bombing of a civilized Serbia, is the ever-thinning patience of the Serbian people with the political corruption that has become a ersatz "status-quo", following the NATO intervention that took the form of air-strikes in April, of 1999.

What resulted was a USA ret virtual paradise of questionable financial transactions, which, in reality, came about as a free for all takeover of large swaths of Serbian free markets that was overseen entirely by General William WALKER.

It was, and continues presenting itself as a partnership with the OSCE (Operation For Security and Cooperation in Europe, a pre eu conflict resolution body) Gen William WALKER, USA, ret, and the Serbian markets that were incorporated by these huge amounts of money.

Then, these little fiefdoms were created, and parceled-out to those in this military-millionaire club, that continues to this hour. This is bad for the US for a number of reasons: specifically, Russia being able to acquire EU-resistant Serbia by promising more weapons, and vindication from the unnatural intentions of both US, and Nato, and the NATO atrocities. 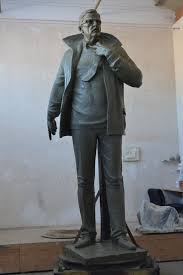 The grateful Albanian terrorists commissioned a statue of the man who hid their war criminals, and backed up the looting of Serbia with NATO airpower....this is nauseating! Gen William Walker...

In Serbia, that network goes CLINTON/OSCE/WILLIAM WALKER/PATREAUS. There is no real connection to Patreaus and Serbia except the William Walker/NATO-sponsored looting of Serbia.
The fact William Walker, born in 1935, and beyond too old, and yet still works in Albania is based solely on money. The looting of the Serbian economy has no legal basis than the questionable military intervention, and bullshit one-sided tale that the Zionist media taught us about the poor Albanian murderers, whose civilian body counts ultimately got their military responses.

Strange how 25,000 civilians died in Iraq in March of 2017, but the world is stuck on the 130 or so Albanian combatants whom killed as many Serbs, then took off their uniforms, hid their weapons, and instantly were civilians...

But the blood of 25,000 is less than the questionable abuse of the US identity of the UN permitting the creation of Kosovo, which can never last, and defending murderers in Albania through force: meanwhile: these, and other infuriations are inspiring the Reformation of Warsaw Pact ideals in Eastern Europe.....only this time: the Easterners are right.


Barring the intervention of Law Enforcement through either JAG, or local Law Enforcement, (which will not happen since Walker's presence keeps the murdering dwarfs safe from Serbian Giants, and Walker, himself, is retired, thus untouchable by the Uniformed Code of Military Justice), only regime change within Albania, where he is deified, can bring he, and this gang of looting bureaucrats the justice and punishment due.

And, with each day the war Trump began against the Grand Alliance becomes a little harder to conceal....and Putin's invitation to Serb Autocratic President Aleksandar Vučić, to perhaps seek historic levels of vindication from the corruption-powered failure of Western European institutions, is growing more appealing than the lapdog club of the NeoMarxism of Merkel's favor.

And this is most likely how NATO lost the Balkans. 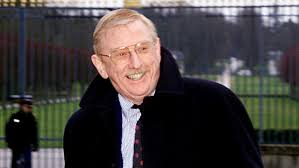 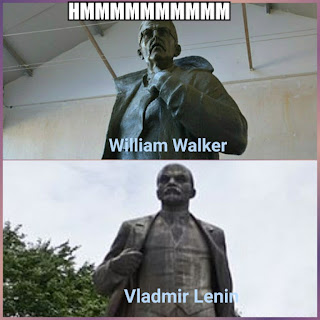 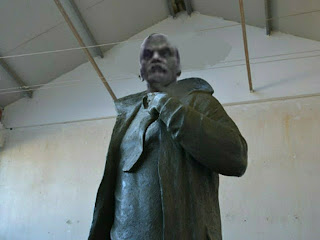