The Politics of the Straight-Edge Movement 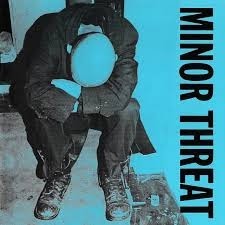 The Politics of the Straight-Edge Movement
Early in the nineteen eighties an obscure punk band called, Minor Threat, released a noticeably short cut called, "Straight-Edge". Little could they have known the reverberating echoes of consequences and repercussions, and ultimately, polarizing consequences and repercussions, which await in decades to come.

Boasting a "who's who" in modern rock iconology, Straight Edge has been the subject of Sociological and intense examination, as well as documentaries whose subjects range from music history, to gangs in America. Maynard James Keeton, James Hetfield, and Henry Rollins are a few rock luminaries whom boast the lifestyle. And as a lifestyle, it is everything rock and roll is not.
No drugs, sex, or alcohol and tobacco...Straight Edge seems more aligned to the Mormon religion with extra steps, than the rock and roll lifestyle. But where does Straight Edge belong politically?
If one were to ask musicians, in general, one comes away with the memory of so many rock stars who posed with Hillary Clinton. Indeed, the Blink-182 members mentioned in the Pizzagate emails do establish that, for the most part, musicians do not know any better than to side with the Democratic Party.
To be completely honest, both parties merged into the Globalist Party during Clinton's first term, and his subsequent betrayal of his voters; in not only failing to end NAFTA, but promoting it! 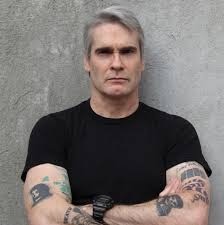 Henry Rollins, vocalist for Black Flag, then his own Henry Rollins Band, is a notable Straight-Edger...

Therefore siding with any of the two major parties until Trump's heroic dismissal of it, meant an endorsement of Globalism for whomever endorsed who. Let's consider the Straight-Edge movement, as it's enthusiasts view it: no drugs, no sex, no alcohol nor tobacco, but violence is acceptable...

Well this places the movement in the Right Side of the moral spectrum: conservative versus liberal. In fact, everything about Straight-Edge resembles very much the moral justification of the Nazi party, lacking a anti-Semitic nature, for Straight-Edge is non religious. 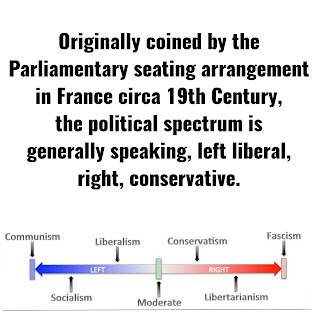 Questions linger as to the movement having an established leadership, which, among other things, could speak for all whom embrace the lifestyle as to whether or not it is anti-religious, which, along with revelations of organized Straight-Edge gangs both using and selling drugs, seems to be an area of at least contradiction, at worst: hypocrisy.
All religion aside: Straight-Edge acts campaigning for Hillary did so out of flattery, and a general lack of understanding the facts about the political spectrum. The fact is, Straight-Edge advocacy needs  more effective pathways for affecting change than the self-imposed D party identity, which literally makes no sense.

Aside from attaching political action grouping to other special-interest lobbies, like Mother's Against Drunk Driving, with whom access to the Globalist D party, and the newly emerging American Republicans, might be mutually beneficial, the Straight-Edge Movement is not going to be able to fit diversity into one party, or another. Libertarian Party themes, in fact, dominate the lifestyle; although laughably, Antifa maintains some sort of claim to Straight-Edge....though again: this makes no sense.

Conservatism has no room for redefining morality as, "What is best for the collective" as yet again, this is square-pegging the hell out of what is already and very rigidly-so, defined...in the final analysis, Straight-Edge can house such political diversity underneath it's roof, but the winds of "party-split" blow on Antifa, and it's anachronistic political agenda, as the absurdities of collectivization serve simply to clarify the conservatism within Straight-Edge.

The conspicuous presence of Antifa appears to be preoccupied with gathering intelligence against a perceived-potential adversary, should Straight-Edgers awaken to their place on the political number-line. This, by definition, makes the Antifa members in Straight-Edge posers, and by definition, expendable. That clarity would ease the pathways to political expression (provided that bringing agendas from their "I wish" phases to their "implementation phases"is understood to be a political expression) by removing members' potential ideological objections, which will presumably be based in Marxist principles, and not necessarily in the "here and now" being experienced by Straight-Edgers vying for resolution within their respective communities.

For example: Antifa, bearing Communist precepts, would not be likely to accede to the implementation of a curfew which was designed to capture drug-dealers after a certain, pre-determined hour of the evening...unless they were, separately from the political lobby of Straight-Edge, assured of the unrealistic Communist right, supposedly, to "report the abuse of a comrade".

Since the police, presumably, would be engaging such a municipal governmental action, and since no police officers are Communist, Antifa's ideological objection would stand in the way of progressive compromise between Straight-Edge and local government.

The most troubling area, however, which peppers the entire Straight-Edge nation with the doubt of ordinary people, the lack of uniformity providing some so-called Straight-Edgers the cover to deal drugs, use drugs, and employ the movement's members as a force acting to defend their illegal activities, will be easier to flush out should the efforts to combat these Sociological ills gain nationwide uniformity. Again, the various sects which have taken up with the Straight-Edge identity would present obstacles: this kind of institutional-awareness makes it far more difficult to conceal a duplicity abiding in other groups claiming a Straight-Edge affiliation, like Antifa, or self-interested mafiosi.
This is a fact of any regime, and anytime there is a huge unified network, the unification of that network will inevitably expose inconsistencies. Within those inconsistencies lies either inefficiency, or subterfuge.

For the most part, any lobby that represents the unifying precepts of Straight-Edge, should the step be taken to sue the system for the changes that realize the goals of Straight-Edge, will clarify a conservative identity, which will inspire the fostering of alliances which, while the political identity was unclear, ordinarily would never have been considered.

These are groups, like MADD, whom were not founded upon a political ideology, but a specific and unifying ideal which then successfully engaged a process of change via political means. Not all of the "conservative lobby" share their specific goals, but it is progress when the needs of a people, whom are not ordinarily considered, are brought to the attention of the public. Groups struggling in just such snafus currently, like Flynt Michigan's "Water Crisis", are in-line with Straight-Edge values, and serve mutually beneficial potentials.