#Nov6Revolution: Will Homeland Security Interfere in the 2018 Gubernatorial Elections? 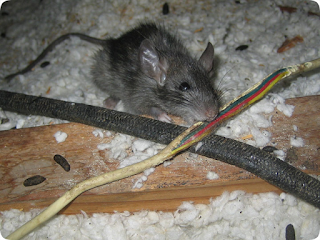 On November 6, 2018, thirty-six states will hold elections for their governorships. With the nation witnessing exposures of election fraud that functioned without any legal authority doing its job, the question becomes pretty obvious: now that they are caught in the Senate and Executive branches, will the Globalist scum now pull the Homeland Security trigger, which figured prominently in the Jones Moore runoff?

The system that allowed the Obama White House to pay $65,000 for a pedo-sex "hotdog party", as well as permitted him the latitude to violate Title 18, in various §s, particularly, 595, has not only been exposed, but the #ReleaseTheMemo2 hash tag is now emerging as yet another crack to a collapsing hulk of corruption, pedophilia, treason, all with federal law enforcement complicity. 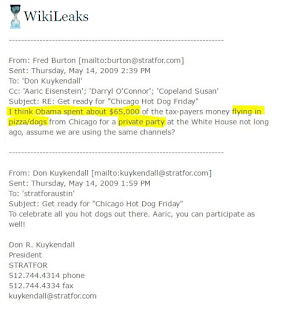 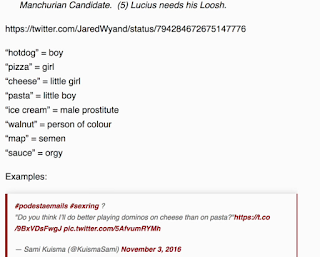 The evidence about food codes is not actually FBI-sourced. This factoid is often used to oppose the PizzaGate scandal's overwhelming evidence, the most poignant of which is the odd phrasings being used, such as:"....John...the realtor says you left a handkerchief with a map that might be pizza-related..." That is code. Now the pedophilia food codes are actually located on the dark-web, where human trafficking, and pedophilia are a thriving business. In one case, however, the Urban Dictionary, corrects one of the 4chan theories in only one case that I have seen, Walnut is not Black Child, but it is slang for the genitalia of a juvenile female.


The System Is Being Exposed...

On January 20, 2017, Donald J Trump was sworn-in as the Forty Fifth President of the United States. And, as promised, a lightning strike of constant intensity has issued from the White House, devoted to exposing 50 plus years of Globalism, and its horrid effects upon the earth.

This exposure forces these corrupted concentrations of power to move their party somewhere else...they cannot again risk pedo parties until the government is back under Globalist control...enter Jeh Johnson's "Election Usurption Plan '17", in which a foolish Congressional Committee allowed the Russiahacked Myths to serve as a legal cause of action...and they brought all US elections out of the Federal Election Commission, in a foolish inhaling of red hot power which can only end in Orwellian nightmare....and, into the control of a few deeply buried bureaucrats at the Department of Homeland Security.
These people are afraid.

Sounds more like rats exposed, chewing deeper into the public trust, doesn't it?

And with AG Sessions shooting off at his mouth about why WE should chew aspirin, and tough it out, knowing he probably has two (2) different staff members that pick his codeine prescriptions up from the Bethesda Naval Hospital, his apparent inaction against real problems is drawing ire from the rank and file. Frankly, like Israel, it is a chink in the armor, if you were to ask them.

But these cases are hard to file, I mean, one is a former president, others, a former first lady, and federal agents that took a twenty year collective shit on all of us...

Meanwhile, quietly chewing the discarded newspapers soaked with the joyous urinations of successfully destroying Luther Strange, and installing Doug Jones: Homeland Security's election-fixing muscle needs to be flexed...monster must EAT. They need to use the power...

That way, all the intermarried presidents of television channels whose choruses, "Russiahacked the US elections" could enjoy renewed confidence, though each cry from each media figure should be considered probable-cause in criminal cases, at least they could have one small victory multiplied a safe number of times...

As long as it occurs in states with real problems that can be cookie-cutter fit into partisan talking points, nobody should notice it.

States like New Jersey, whose BridgeGate Scandal had a markedly different legal outcome for allegedly identical criminal acts committed by several Republicans, the regime-change cries being exclusively partisan is media-created and not actually possible to exist any other way. The media insists in partisan roles defining failure, and leftists involved in successes are exploited in partisan fashions: but there is no law designating that all Republicans in New Jersey are bad, or, in states where Democrats have been caught engaged in acts of corruption, the Republican shift following it presumes, again, that all Democrats are corrupt.

And the media gets fairly alarmed when somebody points this out. Reasons arriving upon consensuses range from, "we are being quietly controlled by the media" to, "once bitten, twice shy".
But, at least in New Jersey, for all that the Bridgegate Scandal presupposes: I don't believe that the current governor, was installed by DHS. But his inability to comprehend the famous lessons, and their implications, in the monstrosity Ed Koch reduced New York into twice, in his only available by observation, in an as-of-yet unwritten biography of Ed Koch, New York, Case Closed in Why Socialism Doesn't Work, people in New Jersey should be very afraid.

If he gets his way, I believe he bears a grudge against the first world which will conduct that state into a dystopian nightmare of welfare, crime, and decadence unbound....just like New York in the seventies, except worse. And all because allegedly some republicans caused a traffic jam.

You see? The media lies....but the hard-bitten people of New Jersey are about to pay for the flip-flop partisan mentality with some of them sacrificed to the murderous barbarity of Islam, and the exploding crime rates as police forces are trimmed to feed illegal occupants shielded, if but for a few precious weeks, from the federal authorities in their state.


But, BridgeGate did the job...perfect punditry reducing a complicated plot into a metaphor. Now, an idiot in Trenton will do far more damage...and if you sided with the North in the Civil War: he shall do this damage illegally.

These states are exactly what the Globalist scum need. And, due to nobody shooting up churches, nor concerts at their behest: Alabamians may be primary targets for their votes to be duplicated digitally, then altered to fit the DHS-preferred candidate, and the whole digital mess deleted from state servers.

It should be pointed-out that all three of these methodologies employ partisan, not candidate assessment, and have been wrong in cases of extreme re-direction from a candidate's party to his actions. However, with a greater than average rate of accuracy, we can use them for the purposes of identifying potential targets for DHS interference based on the fact that DHS is probably using them, too.

No Interference Necessary Doesn't Mean...That There Will Be None!

The sum of the parts is a current and solidly Republican party lead going in, but coming out with a series of changes giving the D party one seat more than the R party; with the states prime to be targeted with interference, not to assure Democratic Party victories, but to perfect the system, and maybe push...a little, being:


All three polls seem to place these R governor's seats at high risk of being lost. These therefore serve as the easiest way for DHS to help, "just a little" to alter the legal outcome, again, to prepare for a coup against Democracy to be successful in 2020, and vote Trump out...
Sharpening procedures, and perfecting algorithmic formulae to produce the interference without a digital thumbprint that exposes it all, if DHS interferes in these races, it would hardly be something its analysts will predict to be conspicuous.

Of these, the state most likely to feel the ruination of Obama's legacy will be New Mexico.

Note: due to the water situation in Flint, Michigan, I don't care what party runs the state, just fix it, you bloody Government leeches!

Democrats May Lose..
On the flip-side, both the states of Colorado, and Connecticut could go from Democratic Governors to Republican ones. Easy enough, DHS did exactly that in Alabama: prevent a R victory whose result matches neither the truth, nor the polls. But it is a risk, too much too soon, perhaps. But these two states do bear a slightly high risk of being interference-victims.

But not all Globalists are R or D, they are in both parties; though for now, Trump leads the R party.
So, what happens when they need to reverse the pro D effect that the machine of Obama's treason has bequeathed to us as its legacy? Would Globalists get rid of a non Globalist Democrat? We have to see one, first. But it is a good question.

Well, to reverse that switching of ballots from R votes to D votes sounds like it's easy, right? According to my buddy in programming, "No, no...that would require a complex series of code-writes, and re-writes, and wouldn't be feasible as allowing the same team writing the first [ballot duplicating], then [ballot altering], then [unwanted result-discarding] code as changing R votes to D votes, to be entrusted to write the new (D➡R) code, reversing the same process. It would not be something a large regime, like DHS, would do..."

In short, the DHS is most likely not in the position to reverse the ballot switching, and must handle that effort like nuclear material. The reason it must be done so delicately is that it represents a huge potential for their scheme to go south. So, in light of this, we are looking at their sabotauge trying to mount a full court press coup against Trump, and the R party, in 2020.