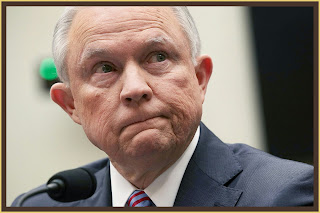 The War on Drugs, like Vietnam, or any conflict involving the US for over half a century, was sold to the American public using falsified evidence, insinuations, and made clarity impossible via any number of techniques causing otherwise ordinary people to quote an endless litany of invented cause of action...


This war has physicians afraid to treat real pain, as well as confuses the evidence of overdoses caused by Sinolan Cartel manufactured fentanyl with deaths prescribed by medical providers. The numbers are just not real.

However, trench-level physicians will readily cite figures which are not simply wrong, but they are incurring needless suffering of the sick, and the dying, due to the DEA simply trying to stay alive in a sea of line item and budgetary priorities which, in the real numbers, would face the need to overhaul this agency. The war with Mexico is killing Americans, and by every definition of necessity, armed resistance is in order. But the corruptibility of the DEA is as pronounced as any small town southern sheriff visiting the archetypes of the Baby Boomer's holdover prejudices from the Civil Rights era.

Enter Mr Sessions. Whose recusal from the Mueller affair may be as consterning as its yet unseen dividend of prudence, and, if you were to ask die-hard Trump voters what is the number one reason Jeff Sessions should be fired, their answer is

5. His recusal from the Meuller affair.

I list it, and I will provide the reason why I disagree. But, the gathering clouds do bear this condition deep within the colour of their bruised anger.

The simple defense, here, is the conflict-of-interest which any Attorney General must face when his boss has been subjected to inquiry. If the cause is sufficient, any measures Sessions takes will avail neither the president, nor Mr Sessions, any sort of relief.

But, as in this case, the inability of the press, and the Meuller inquiry staff, itself, to honestly lodge allegations of interference, means a multi-dimensional failure for the political forces that have engaged this farce. Therefore, recusal is the prudent move.

But, for my money, these clouds hold, within each, a much higher degree of potential, and are very real reasons that the Sessions-era as AG has concluded.

Number 4 is obvious: the very same figures portraying their ungodly images upon the coinage of power, and the expression of power within the US Government, itself, have remained relatively untouched.

This is simply unacceptable to an administration which had promised to drain this swamp. Mr Sessions has demonstrated that he is simply not up to the task, and time is running out, as the elections in Alabama have taught us: 2020's winner shall be chosen by DHS, and not by the American voter.

3. Is most people in the alt right's number 1: why are these despicable people still walking around free? This, "hands-off, let the IRS etc handle it", has produced a cadre of hollow victories. As MacArthur prudently remarked, "There can be no substitute for victory."

The fact that there are two Americas, one for us, and one for them, is the slow wick to the pile of TNT which is our national undoing.

2. Enough said. This entire farce, this unholy robbery of the suffrage of the American voter occurred entirely on Jeff Sessions's watch: that buck stopped there.

1. If any doubts preserved his being indulged by the president, right down to you and I, the headstrong and ridiculous sense of directed purpose with which he now turns and re-directs our attentions from real problems by resurrecting a coda from a pointless past now shatters any such doubts in his priorities.

This sad reneging on swamp drainage by substituting weed for real problems is completely stupid. This new "direction", which has now been proven to be nothing but brainwashed nonsense, and based in the same, this is all the reason we need:

Mr President: fire Jeff Sessions, and please force the real issues which he is ignoring to be made brought to the center. Please stop the DHS from undoing this nation. But, most of all, please leave the sick and the dying the fuck alone.
at January 09, 2018