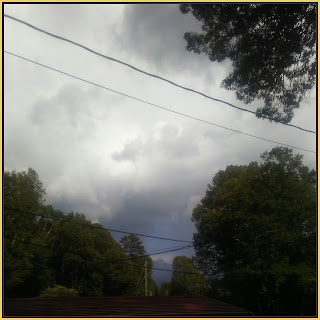 Of all episodic elements which provide life-giving resistance in the circuits of political will, the easiest path to failure is often the most difficult to identify...

Germany has not escaped a crisis. Instead, it has celebrated the unstoppable careening over the edge of too many mouths to feed, too little money, and too many bad decisions. It has called this impending implosion of political orders, "Grand Coalition"...

But, in the far-flung coalition designs which have betrayed the political dead point in Berlin, loudly declaring failure to be compromise, and launching paper tigers citing that the migrant crisis in Germany has ended, holds, in its bombastitude, the sonata for a political existence, which, at the seams, is bursting apart.

The absolute preposterous declaration that a grand and functional coalition has been assembled, and is ready to roll forward, now, is a bit tricky to see, because hidden in the political rhetoric is the splintering surrender: Germany's government is about to come off its rails.

Never mind that the dramatization of business as usual has been annunciated with laughable pretense and fake determination: the coalition assembled is the political equivalent of the world ending in a whimper.

The compromises are unfundable, the life of this coalition, unsustainable. But, the clearer picture in the clouds which are speaking now to the fracturing order of eu federation is the first of what shall be many spasms. And, as congress dances by, those spasms are not experienced in so much as a panic, because that is exactly what should be happening. Therefore, consterningly to the observer, it is not.

Though the need for great change exists, Germany has chosen to manage it in secret, and to adorn it with too many excuses warped into the role of unattainable goals, and fashioned into escape clauses designed to identify the cancer that the Merkel-identity is to eu, when in fail mode, and provide her that escape, while Europe, in its entirety, will struggle.

This is typical of the meta state's effect on Berlin: to attempt measures to contend with crises cosmetically, although this process is every bit as much "not grounded in reality".

This is eu. Even as it falls apart, the persistence of bombastitude has long-since replaced the persistence of time. And for as long as the beholder aligns his eyes absent of knowing better, the appearance that, "this is not a black, green, and yellow coalition, therefore, it is not desperate, either" will pay its obligatory lip-service.

Make no mistake: Germany cannot function like this for another four months. This coalition is unfounded. It is based in compromises too little too late. And seems conveniently enough to be an escape hatch for Merkel, and a flare gun to warn eu that, soon, the neo Marxist masterpiece that derailed Europe since 1999 has finally lost her throne, and her nerve. And, that it had better find her replacement. And quickly.

Her replacement, of course, is terminating the terminally ill meta state while there are pieces left to divvy, and order still to be preserved.

I do not believe any political order in Europe is acutely unaware of that.

This coalition is frought with all the charm of the string pulled that pulls the garment apart. And, that string is a series of legal recourses available to any party in Germany willing to file suit over a variety of fiscal implausibilities incurred by this nonsense coalition, and in truth, the Bundesrat should not even permit this. None of the assertions, as such, are actually legally engaged. This should die in court, as bad as that is...