Politics of the Plutonomy: The Defection Vote 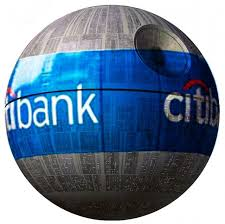 What really happened in Election 2016 is just very poorly understood, and that is by design...because it is going to happen for the next forty to fifty years. Political models and media influence do not comprehend the defection vote... 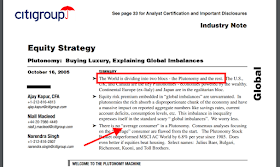 In 2005 a leaked Citigroup memo proved that 1% of the US population held the identical amount of money that 99% held. This is known as The Plutonomy Memo due to the memo describing its shareholders as that 1%. A Plutonomy is a political system in which the rich rule the poor.
Included on the list were possible threats to their hegemony. And number one was, "one man, one vote."

In 2008, Obama's election did nothing to prove Wall Street's fears correct, however, as his sudden rise during the campaign season in 2007 impressed the mainstay Wall Street fixtures. They recognized that he could, indeed, win, and immediately Goldman Sachs contributed $1 million to his campaign, and this appears to have inspired Obama's further shielding of the architects of Globalism from prosecution upon his inauguration...

Obama's 2008 election had been heavily assured by a large contingent of R voters whom had grown increasingly alienated by the true idiocy and nepotistic shame of the ReBush nightmares, and the inexplicable promises to continue these errant policies by then R candidate, Sen John McCain. And, Obama's victory, frankly, suprised nobody, with McCain carrying almost no electoral votes.

But during the 2016 election, the D party's platform ignored the hopes of its voters which it had dashed when Obama failed to act against Wall Street for 8 years, and even shielded members of both his staff, and his party, from inquiry; in a variety of scandals.

So, the defection vote figured as the determining factor, although this time, for an opposing party.

Defection or Revolt Vote means when a traditionally d or r voter crosses party lines to vote for another candidate.

And the defection vote continues to figure in more and increasing prominence. By the time that the Baby Boomers will be either too old or too infirmed to dominate the vote, until the current corrupt elements driving both parties from Wall Street can rely upon present models to again, be accurate, 2022-2054, the role of swing states, and the current dogmas even driving the relatively newer online understandings of politically exploiting the internet, are simply not going to be accurate. 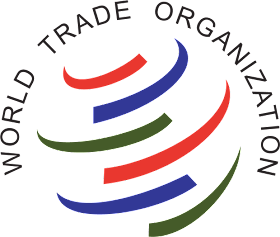 This also reflects a lack of intellect in the Plutocracy, itself.
Hegemony by influence will simply fail to reach an increasingly disillusioned and disproportionately numbered gen X and millennial voting rank. And the appeals aimed at shoring support in swing states, such as Doug Jones, Alabama Senatorial candidate, receiving former Vice-President's, Joe Biden's help, by Biden making a personal stint stumping for the Jones campaign, represents an  antiquated view of politics in America. This, in fact, could have actually cost Jones some Republican defection against Moore, his controversial, and totally shelfable, should he win, opponent.

When Jones engaged sexual indiscretion allegations against Moore on November 12th, 2017, this may, in fact, have cost his campaign the R defection vote, and the election. The reactionary pro liberal press pushed the agenda, and it completely buried Jones as a candidate. The undecided R cannot deny Jones is corruptible. 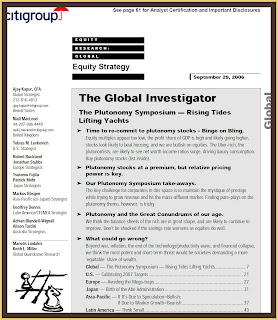 The innovation necessary to replace, "the key battleground state" appeals solely to the industries within each of those states now.

A huge reason for the loss in 2016 of the standby key states, Pennsylvania, Florida, W Virginia, and others, by the Clinton campaign, was the duplicitous way Obama approached economics, then dictatorially relegated the entire coal mining industry onto welfare, and into poverty. This remained in Clinton's inconsistent and artful citation of, "...unprecedented job growth.." in the "renewable fuels" market.

This, of course, essentially states that instead of one solar panel factory, there are now two, and this was both unprecedented, and directly due to Obama. This also stressed a mining industry that had simply been tormented by the D party's out of touch relationship with working Americans, whom felt that their livelihoods were being exchanged for rhetoric, and the religious-like views of the pop-culture sector of the global warming debate.

Their defections, although shocking to the easily misled, largely due to 538's unlawful racketeering, were not actually shocking; as the revolt vote and republican ticket miners, and voters from all industries that make livings from the mining industry, stood in locked step at the ballot box.

However, as much as D voters saw Obama fail to halt the corruption in the Treasury and Federal Reserve, Trump voters are seeing clearly the veracity of the leaked Citigroup document: thus the revolt vote's most obvious quality, that we elect a person to prevent their opponent from winning, cannot prevent the disillusioning with the power-behind-the throne.

Unfortunately, this only complicates the role of law enforcement and the legal system in prosecuting the as-of-yet unprosecuted architects of the hedge fund bailouts and real estate bubble.

It is doubtful that they shall ever see the prison cells they deserve to see, as meanwhile, Bob Mueller's probe's arrests will undoubtedly breathe false senses of securities into an antiquated public view, and media's views, of what really happened on election night. And it will no doubt attempt to vindicate a lot of mythology about that election, to include the fictional Russiahacked.

But the gen-x and millennial voters are now in place to both observe Wall Street's dated election affecting plans, as well as what is happening in the changing role of the defection vote, as well as what that change is expressing: and possibly cause its manipulation to affect a return to a democracy that standardizes rule of law for everyone.