2020 Vision: The Case For Armed Insurrection 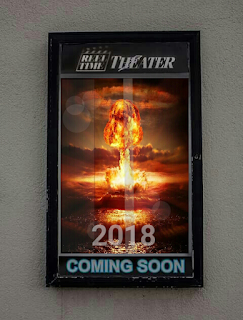 The case for armed insurrection is going to be prosecuted throughout the United States simultaneously with the facts about the two Alabama elections fixed by the DHS, and the general anxieties about Trump's foreign policy affixing upon Israel.

The average American does not comprehend the huge disparity worldwide between a clear majority of nations, and the United States, caused by his support for Israel. The average American will not comprehend how that disparity will manifest against the US in other nations. In spite of how Americans support Israel, they cannot comprehend that this is offensive to China, for instance, and inflammatory enough to have Chinese and Russian troops defending North Korea. Russia, and a huge and formidable alliance with China, Iran, Turkey, and Syria stand against the US, and Israel. Nato is a vapor of what it was, once. And there is no turning back...

The support for Israel is literally the point in US History where the country became mired in corrupt leadership, convoluted foreign policies, and a game of spies within many of our vital industries, and departments within the United States. This most recent and typically didactic view of Israel does not reflect the America Trump wanted to make great, again. Instead, it represents a tired and blood-soaked Coda approving of a succession of war criminals and regular criminals which promotes the resuming of the exportation of fascism, around the world, except against the nation that most needs to be controlled.

To date, there is no exculpatory evidence exonerating Netanyahu from having planned 9-11 while appointee as director of foreign affairs, as that appointment was classified for the six months prior to the actual operation. This theory, Israel is behind the September 11 Attacks, explains the whole scenario perfectly.

The huge, career-ending February 23, 2003 Case For War speech to the Joint Assembly of the United Nations made by Colin Powell, made prolific use of passages prepared for him by the Vice President's office. Those passages quoted reformatted evidence from 1991, and information that had been provided for US officials by the Mossad. The entire Case For War was a lie, a conspiracy, and victimized the entire world. But Gen Powell is a fine man. It is unacceptable how these people just use and destroy them.

The whole point of 9-11 was to replace the Muslim Brotherhood with the US and Israel. Then, Netanyahu reasoned, a more acceptable international response would emerge from his destruction of Syria. During the eighties, Reagan, and the UN, forced Israel's atrocities to cease, as they were in the process of exterminating the population of Lebanon. Lebanon was attacked because the regime, according to Israeli authorities, was illegitimately puppeted by Syria. So, they set about to annihilate both Lebanon and Syria, until Reagan intervened.

How anybody can support a nation this terrible, and not live there, is cultural idiocy combined with sociopathy. They don't have a heart.

Had it not been for Russia, Netanyahu would have succeeded in destroying Syria via 9-11, and the US's inexplicable destabilizing of the security of the Arab world. Finally, he could have destroyed the Moby Dick Syria is to him, quick to forget the gentiles who helped him do it when his bloodthirsty Messiah comes....and the pursuit of that never-gonna-happen event, drives a completely psychopathic relationship with power into a certain future filled with war, and unrest.

Now, he bears constant criminal inquiry. There are so many, that the tongue-in-cheek name designated by the Tel Aviv police, "Case 1,000", is only approaching the amount of corruption with which the Netanyahu regime, and by extension, the US Government, is associated.

This emerging Globalist pro-Israeli foreign policy will be the cause for a war which makes the whole world a casualty. 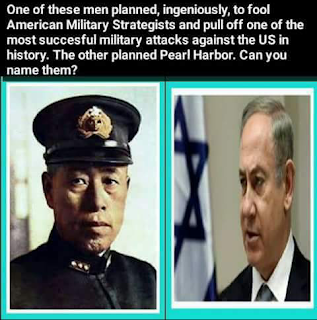 Meanwhile, working feverishly, in the background, the DHS is undoing the seals of legitimacy and the suffrage of the people's vote. While Trump conducts his train towards a war the US cannot win, he also cannot fathom the undoing of him, personally, being planned, and beta-tested, in Alabama and Virginia.

Whether we support him, or not: he was elected lawfully. And most political scientists predicted it.
But 2020 was the objective when DHS insinuated itself into the electoral process. And, like a parasite killing its host, Democracy is gravely ill.

Meanwhile, in the background, the cries of ordinary citizens being mistreated at the hands of a court-system, and corrupt public officials, is growing difficult to ignore. Whether or not the nation can continue, it us very clear what the message of DHS to the American people is: Democracy is dead.

I suggest each citizen arm themselves, and be prepared for the huge mistakes Trump has both directly caused, and indirectly incurred, by the DHS interrupting democracy while keeping a straight face.

And I suggest you reconcile yourselves to your maker.

The DHS aimed at preventing Trump in 2020. But, Hillary would have started the very same war in October of 2017. Seeing clearly is seeing that, of which, the governing class is afraid. And, how that is not nuclear war...
at December 23, 2017