We Still Need Each State To Regulate Big Data 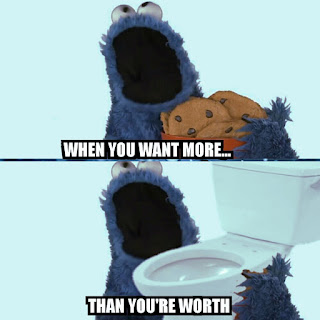 In 2012 Yelp won a suit forcing Google to cease monopolizing the satellite links by infringing upon its intellectual property. And in spite of repeated requests for the Federal Trade Commission to step in, and enforce the penalties Google has incurred, nothing more is being done...

This is a significant big-data civil war; not because one is good, and the other is bad, like some sort of Biblical and epic struggle between good and evil, but due to the incredible greed, and obviousness of money bribing FTC officials to continue allowing two essentially wicked entities to suffer the result of giant-economy deregulation.

Recently, nameless pinheads who operate Twitter have also joined their class-identified fellow data pack rats in depriving American taxpayers of both their entitlement to satellite nets their taxes paid for, and their rights to free speech ceasing big data from trying to enforce an agenda which amounts to a cold dictatorship over the nation.

Also, the ill-gotten gains blinded the ceo class of big data, until it is unaware of the alienation this is creating, as well as the opportunities for enterprising big data wannabes.

Due to Federal government indifference about Yelp, and their having a judgement from a court whose enforceability is no longer the FTC's right, but their duty, it is clear that FB becomes Steemit, YT becomes Vidme, Google has been Firefox, and Twitter is going to be Gab.
https://m.youtube.com/watch?v=dZxD8Rb2DPI

Each state needs to pick up and finish what the fed is too corrupt to do, and protect its commerce and citizens from the entropic views of morality, and contract law with which big data is monopolizing its clientele.

It is unlawful to change the terms of an agreement which is already in effect. It is unethical to even request to do so. So, until big data pays for our lawyers to renegotiate how we are all going to share the huge profits it makes, then Twitter, for ex, has no rights to do what they are doing. And it is the duty of each state to regulate its contract law annotations. This, as well as defining their torts, is just not being done in places the cases were won, already.