The Verdict Against QAnon 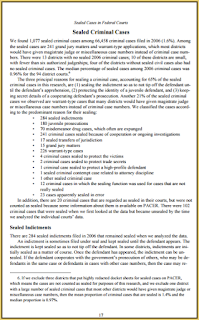 The graduation from compassion to contempt is complete. Ordinarily, this would be enough. However, each of these QAnon participants  represents a future blue-vote, as the identities of QAnon build their followers up to unimaginable disappointment....under their own power...

The verdict against QAnon is that what we are observing is Antifa proving its case against the Alt Right, or this is the work of spurned InfoWars employees. Most people immune to the cult will neither engage, nor accept the efforts of the cult to validate its tormentors...

I never worked as an attorney. The war of attitude raging like a M-1 Abrams right now is the reason. Consider for a moment the fact that a paid spokesperson will speak along the gradient which involves the least oversight, and the greatest possible ambiguity.

Tracybeanz represents the worst kind of confirmation. She has solicited an attorney whom is going to attempt to place doubt in the Pacer system. The Pacer system, while not perfect, must conform to the law.

In a 2006 audit, the auditors state that the only exceptions to the search returns bearing an anonymous indictment involved threat potentials which do not exist in the falsehoods pursued by the cult of Q. And any attorney advising otherwise is merely engaging grandiose speculation. No matter what federal office, nor to whom this attorney gave advice: if he states, unequivocally that 130-4000 indictments were issued by Bob Meuller"s Grand Jury, and Pacer is not showing them, then this person is referring to minor children, or to a civil case.

In the Federal Pacer system, the return for the kind of indictments which number from 130-4000, every single one, would be showing a result. This is because not one of the defendants accused by Q is embroiled in a civil case, nor are they given secret indictments.

Anybody contradicting this is outside of his or her expertise, because this is per the Constitution of the United States.

The only other exception to sealed and nameless indictments, as per the Pacer system, is when the judge or the special prosecutor requests this. However, the return, according to US Law, and according to Pacer's auditors, were within 1.4% of the 2000 sealed indictments, with a mean average of .97% of the total number of sealed indictments which were withheld from the public. Eliminating the categories which cannot apply, and erring grossly on the side of caution, this leaves two indictments which did not show up.

They were two, in number: a total of two. One involved child pornography victims.

.0003030!
Literally, this is the % age likelihood that, of QAnon indictments, one in 33,000 warrants will fit the criteria, neither having a name, sealed, and not returning on a Pacer search. 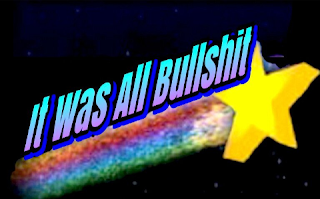 This places the likelihood that Q Anon is bullshit in the category of "beyond a metaphysical certitude". Thus: the verdict is in, and QAnon is Antifa, or possibly spurned InfoWars employees.

On the 27 Oct, an urgent effort to make media contact was charged with life in a desperate pace. Then, one after the other, three events unfolded: snopes and facebook libeled Alex Jones as the inventor of the Antifa Nov 4 Revolution, facebook banned infowars from livestream, Newsweek engaged a desperate effort to advocate the retraction launched by members of Antifa, whom had previously sworn a November 4th 2017 "revolution" as violent retaliation for the violence that they had both started, and been injured by, during the Charlottesville protest last summer. Then, also, on October 27, 2017, coincidentally enough, unless you are sane, Q begins to post, nothing of which, has actually happened.

Earlier today, Q advocate, and YouTuber, Tracy Beanz, solicited a government attorney. He spoke in open ended ambiguities that violate his spectrum of expertise, as well as previous statistics published by Pacer, itself. (Editor's Note: Tracybeanz has denounced Qanon)(She had been the most vocal critic of my work.)

This constitutes the highest form of ethical violation that I can personally now add to the cumulative observances that I have made all along my journey. The reason is; he speaks to bear testimony as to the nature and function of Pacer, should he engage any dialogue whatsoever which is supportive of the Cult leaders' delusions of reference. Pacer itself denies that the returns of the US District Court deny access to all or any indictments, sealed, or not. Thus Ms Beanz shall get what she pays for: a liar's confirmation violating each point of ethical accountability. True shallow victory contradicted by Pacer. Not endorsed attorneys.

Later, this next few weeks, when the legalties are satisfied, the US District Court has a plan. And, after being so overwhelmed by the Cult's refusal to accept reality, a spokesman has been consulted in lieu of a statement to be published and announced. This, so the court employees hope, will put the matter, and the record breaking phone calls, to rest.

I have emailed the court clerk and advised that, no, it shall not.

The reason is cognitive dissonance.


The persistence in following Q henceforth, is based on a mandatory process of cognitive dissonance. Therefore, if the US District goes ahead to try to put an end to the ocean of calls whose answers are all the same, and through a spokesperson, issues any sort of statement, the statement shall be immediately incorporated into the cognitive dissonance process, via elaborate belief in the delusions of reference which cause this phenomenon.

Furthermore: Antifa's war is obviously targeting the ignorance and the repugnance of the alt right in this nation. This absolves this institution from any efforts following the Pacer results citing zero sealed indictments current for the entire year of 2017.

If there were, the Bar Association, and the auditors of the 2006 Pacer performances, disagree with any such logic as it tends to accuse the Pacer system as operating in-violation of the law. This, of course, is absurd.

Verdict: Qanon is the worst insult to the alt right ever conceived. I have personally withdrawn my patreon support for Ms Beanz, and only allow the grief of David Seaman as I understand his belief that his beloved friend was murdered by these people stands correct. His support of Q shall inevitably cease, but I pray his grief assuaged daily.

Verdict: QentologyCult is a lethal wound to the Alt Right. Unless they cease participating in making utter fools of themselves, it will conduct their entire effort into neutrality, proving Antifa to be right about them.

The established R Party rebukes you publicly in my words.
This is the Party to which the President belongs.


For you whom continue lying,  your sanity is in grave danger.

Email ThisBlogThis!Share to TwitterShare to FacebookShare to Pinterest
Labels: The Verdict Against Q Anon