So Much For Jones

The Jones Campaign was passively the victim of Deep State attempts to discredit Roy Moore, which, as those efforts unfolded, Saturday, they took with them the all-important 10% R undecided defection vote. On Sunday, the 12 of November, Doug Jones did something that scares me: he proved himself perfectly capable of dispensing the duties of a loyal PseudoState operative, and he did so in a time where they are both becoming exposed.... 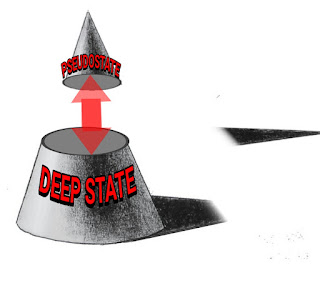 The Deep State functions as a base for the PseudoState to do such things as hire MS-13 to shoot up a C&W show in Las Vegas. Jones proved willing to be the pointy-head functionary of the Deep State, on the 12 of November, last Sunday, exactly one month from the election, (ie, not a coincidence in their timing, also, not real) by calling Moore out for the charges contrived against him. This is not about D v R, it is about about The Unified Globalist Party, the murders, Drug Deals, Child Trafficking, and Enriched Uranium it removed from IAEA Books, and sold to Iran and North Korea....thus Jones made himself, and not Moore, the victim. Therefore, I am calling the election for Moore...


I said Jones was a victim...
I am not sure if the Breitbart story featuring the headline, "Jones pulls ahead of Moore" is a joke, or not: but right now, the 10% of the Alabama Electorate which Jones had to have to win, have reversed their defections, and are firmly in the Moore Camp.

Here are the numbers as they were, before Deep State tampering:
48% Moore
40% Jones
10% of White R undecided
2% of Black D undecided

For either candidate to win, he had to pull a sizable chunk of the 12% of his party's defection vote.

But, after deep state shilling by Jones, these numbers are going to show at the return count on the evening of the 12th of December:
Moore: 58%-60%
Jones: 40%-41%
This qualifies as a landslide for Moore. So, inform Vegas.