Prima Facia Case: How Trump Could Leave His Mark on The US Forever 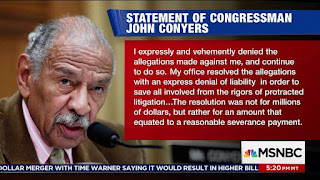 The Case For Congressional Term Limits...take ONE! Uranium One!

What is President Trump's next logical move... ?

Aside from the enthusiasm obsessing the 4chan LARP heretofore known as, "The Calm Before The Storm", and the deficit of actual verified information misleading literally thousands of people, the Mueller Investigation has uncovered the Uranium One scandal not as Q says, a cause of action against the corruption in DC, instead, it may result in the recusal of Mr Meuller, and dismissals of the charges filed against the two subjects that he has arrested.

Chillum, on Twitter, had the scoop on the Uranium One scandal way back in August. The Uranium One scandal is not secret, it was not totally classified, but it describes a process of treason and election fraud which has Meuller's hands, as well as Manafort's, grasping the same dirty money with Clinton and Obama. This may ultimately nullify the entire Meuller Report, as well as force Meuller's recusal. Plus, the more serious implications about the scandal are not really understood.

The IAEA is an international organization which is seated by the UN, and accounts for ALL transfers of nuclear materials, as well as their whereabouts.
The most serious allegations against Clinton and Obama involve the bucking of Nuclear Regulatory Commission (NRC) codes for the handling, and the transfer out of US custody, or the potential that there would be, any transfer to charges outside of US custody, any portion of Uranium owned by the US.

This is close.
The worst thing they did was to have removed US enriched Uranium from IAEA tracking, thus making it black market, and using it as enticement to compel the nation of Iran to sign the Nuclear Non Proliferation Treaty.

The allegations against Alabama Senator Elect (activated, Dec 12!) Roy Moore, about misconduct dating back forty years ago, and involving an incident that pretty much sums up the entire event as, "more dnc corruption", caused the rising of counter-allegations, until, as the Book of Daniel quotes, "The truth, itself, was cast down.."

For a long and uninterrupted span of years, which keeps growing longer the further back people look, the United States Congress, both Houses, the Reps on the House of Representatives, and the Senators in the Senate: every Congressman has been running a tax-payer funded slush fund to pay off their accusers in sexual harassment cases.

And this is a violation of law by lawmakers so pernicious and contemptible that the initial accusations against Sen Moore (to be) have disappeared into the multiplicity of creases and folds of the cloth worn by the ugly truth in the US body politique. And what remains is, one after one, subjecting the congressmen involved to a review by a shocked American public, casting a bad light on the careers of several lifelong parasites upon the burden of the public trust.

Meanwhile, the most significant Swamp Drain of Trump's ten month presidency is being ignored while the Larpers on 4chan are still seeking imaginary indictments against real shady characters.

This reveals what could possibly be Trump's, if not any US President's greatest proof of love for his country: the introduction of legislation to enforce term-limits upon the Senate, as well as upon the House of Representatives, whose two year terms are already sandbagging the nation's business as they prioritize campaigning immediately after winning.

To update this, House representatives should be allotted four year terms, and those terms not exceeding three, and the four to six year Senate should be limited to twelve years of service.

Upping representatives numbers of years practically guarantees it passes the House. And striking after the corrupt members' identities are already ailing, or indeed, resignations have occurred, then it would be treason not to address the problem which has aided and abetted every episode of corruption in American life for years, now: the eternal Congressman.  The removal of his fiefdom ends the madness law enforcement in the US cannot address.