How To Identify An Internet Scam, (and others, as well) 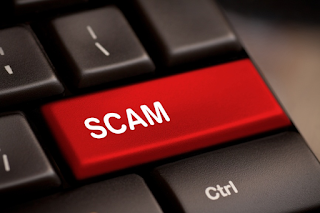 All scams share at least four common characteristics which, at first glance, should be obvious that they are, indeed, scams. They all share a fundamental dishonesty, and they all require your belief and, at some level, your participation.

Here are the four categories that I use for identifying that what I am seeing is, indeed, an internet scam:


I am going to give an example of a real internet scam, that was present on FB around the Christmas season of 2015, and illustrate them, all four.

"If you are somewhere in public, and you hear an elderly woman screaming for help, do not help her!

Recently, in this state, a woman reported to the police that after shopping in the mall, she was loading her packages into her car, when she heard a scream, and then saw an elderly woman screaming for help.

When she paused, and reached for her phone, the elderly woman and her male accomplice beat, raped, then robbed her, leaving her near death.

Groups using this ploy are working throughout the United States, and Canada. So, if you do overhear an elderly woman being assaulted, do not attempt to contact emergency services. Please share this, as a warning, with all the women and young girls in your life." 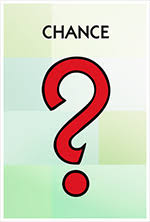 There is so much wrong with this, that I don't know how it doesn't immediately send spidey senses into overdrive!

1. The Fallacy of Blame:
The originator of this tale is not simply targeting you. He, or she, is targeting some other individual or group. Can you guess who it is?

The fallacy of blame works like this: we, a society or government, blame a single group for all our problems. In this actual tale, the originator elicits a disdain for the people in our society whom deserve the most respect: the elderly. His hope is not to beat, rape, or assault us...his hope is that you and I will participate in his crime with him by simply not reporting the assault of an elderly female.

In the now-famous, "Nigerian Prince" scam, the fallacy of blame redirects your attention to bankers, blaming them for his snafu.

The FOB is primarily used to redirect your attention, and it is here that cons and scams are most vulnerable to interruption. Why should we blame bankers...why should we quietly allow the elderly to be beaten...?

2. Nebulous details
The originator of this tale merely says, "your state.." but then refers to Canada, which has ten provinces, and three territories. The lack of the victim's name, the lack of the police officers' names, the oversight in not mentioning what police department, sheriff, etc, are all a definite sign of a set-up in progress.

3. Fear and Consequences
Not merely by injuring old people, which is his primary desire, and what the scammer wants to accomplish, but by his secondary desire, the scammer includes your participation. His secondary desire is to compel you to act in such a way as to assist his (or someone whom is assaulting an elderly woman, his) hatred for the elderly...but how? By assuring you that if you do not abide the tenets of his con, then you will face the consequences, which, for our unfortunate victim, here, were terrible: she was beaten, raped, and robbed. If you help old people, you will be, too!

Consequences fall into one of two categories.


These are the functional parts of scams, as well as the vulnerable parts of legitimate transactions. PayPal has guarantees, for example, protecting you from positive-reinforcement becoming a disappointing and possibly expensive experience.

4. Continuity Guarantees
At the crossroads of "fear and consequences", and, "the fallacy of blame", all scams that rely on people hearing of them, in order to be successful, will possess the means to keep the scam going. It is going to be inserted here because of the wide-angle of differing stories the scammer can use to entice us, or simply to frighten us. It is not, however, always that simple...

In the "Nigerian Prince" scam, perpetuity was achieved by constantly reinforcing the victim with messages about how the scammer needed even more money. At first, he only needed $500. But now, those bankers have upped the amount that he has to pay....so, $500 becomes $1,000, $1,000 becomes $2,000. And continuity for the poor victim here is necessary, or they risk facing the bitter truth. They are, at that point: blackmailed.

The originator of the scam, which I used as an example, inserts continuity by preying on the love GRANDMOTHERS have for their DAUGHTERS and GRANDDAUGHTERS. "Share this as a warning to all the women and young girls..." is part and parcel to either the avoidance of an unpleasant consequence, or the prevention of one, or more of them, altogether.

It clearly attempts to express more hatred for women, and, in particular, all elderly women.

The Nigerian Prince scam has graduated officially from scam to sociological phenomenon. This is because it is famous, the most famous internet, and possibly general scam, of all time. And even though little children can explain this scam, and despite its level of fame, it is happening, somewhere in America, in some form, right now.

The reasons could be many, but it may boil down to, "Sacrifice to St. Jude". This is the name for the human belief that giving a stranger money shall result in the return of some spiritual reward: healing a loved one's cancer, for instance, or perhaps their own "luck" will change.

But it is a scam, and conforms, in some manner, to all four of these characteristics for identifying a scam.

Each of these are at work in every single internet con. And, Q Anon is just that: blame? Msm and Liberals. Nebulous details? The ridiculous impression he has of how the indictment process works in this country. Fear and Consequences? If we do not participate, that means we were wrong about Killary....
Continuity? Why do you argue with me, again?