History of Media Culpability in Misleading the Public: Vietnam, 1964-1975, and TODAY!

Project Mockingbird was an alleged CIA-media plot to employ media outlets in the US in aiding their control over the hearts and minds of the United States, building on the Bilderberger model of media complicity. These two facts about western media are laughed-off routinely....by the media!

While researching this article, I could not locate the headlines of the 1960's boasting of an overnight victory in Vietnam. Concerned, I now have screenshots of the Russiahacked tales, and Mueller, and PizzaGate denials. Because these abuses of people, and the crimes implied to abuse us, are about to suffer a fifty years plus complete destruction of the credibility of the media...from a wick burning since Tonkin Bay.

Tonkin Bay was not the first lie told to create a war, nor the first media lie told to involve America in a war: it occurred in a unique time where the honesty of the baby boomer generation that rejected the program of promoting the war, was not yet for sale. Later, it would be, thus Russiahacked, Hillary has 93% chance of winning, pizzagate isn't real, and a number of other media lies. 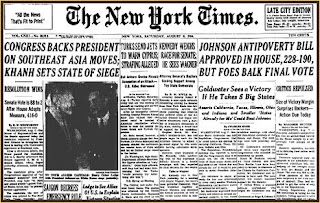 The truth about Vietnam is bankers started it, their club, the Bilderbergers, and its media contingent, promoted it, and CIA's Project Mockingbird kept it spun favorably.  But, the NYT, for instance, is quick to offer up, via Google, only one headline from the era, and buried in print too small to read are the words, "The occupation of Vietnam by US forces will end Communist activities in the area before Summer." and speaks of confidence, and certain victory, which is basically a declaration of racial superiority.
All in a time where the NYT was famous for overturning a 1964 Alabama Court's ruling in favor of the Montgomery City Police Commissioner's $55,000 defamation award against the NYT, which accused him of acts of terror against blacks.

On one side, racism is ok.
On the other, it isn't.

We are seeing this now, in the pedophilia it defends from other Bilderbergers, as well as the outright lies it has backtracked into the Uranium One story.

The credibility of the print media in America is at fatal levels.

Gallup has even been caught lying.
In the pics below, the firm claims that the media is only lying a little. But take note of their claims, the picture we are left with becomes one of number juggling at some "higher up's" behest:

The Cronkite Model of Backfire Vietnam taught the press that it possessed untouchable first amendment rights. Vietnam lied. What ended Vietnam was not a politician, because nobody in politics believed his career would survive the first loss of a war by the United States...Now, who exactly would be using that type of rhetoric?

Allegedly, following the January Tet Offensive of 1968, General Creighton Abrams, whom had replaced General Westmoreland, told Walter Cronkite's producer that the war was un winnable, and he wished that the US would withdraw while it still had dignity.

On his nightly broadcast in mid February of 1968, Walter Cronkite, breaking with the Bilderbergers and Project Mockingbird, sadly informed the country that Vietnam was a lost cause.

This, and not the hypocritical boomers running the editorial direction of the media today, and their generation's assertions, that, "we stopped a war, man..! (Fist raised in a clench)" is the actual cause of the public awakening about Vietnam. The media was complicit in the lying, and this is still true, today.

Other factors were Lyndon Johnson announcing troop surge requirements meant a draft increase would be necessary, in the Summer of 1967, and the general chaos of the Tet Offensive, which caused Cronkite's visit, ostensibly, to restore confidence in the effort. Johnson's approval took serious hits due to both factors, in spite of the media's continuity of the delusion-effort in line with Project Mockingbird, and that effort's counter-efforts to question both Cronkite's, then Americans' reasons, for disputing their support of what it claimed that the initial purposes of the war actually were. And Cronkite took some hits to his popularity for the story, but he refused to shelf it. 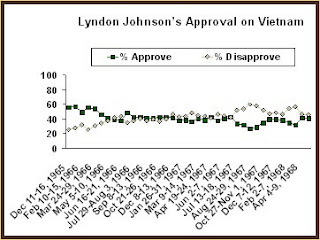 The Beat Goes Off... 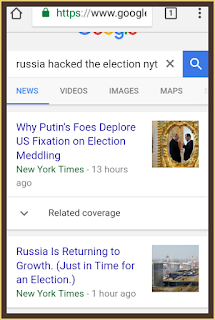 Where is this generation's Walter Cronkite? Odds are, he or she has already been fired, murdered, or blackmailed, or all three.

But this ends when you turn off the television, and stop buying their papers. Period.

Only thing is, Wikipedia denies that it is still very much going on.
at November 24, 2017