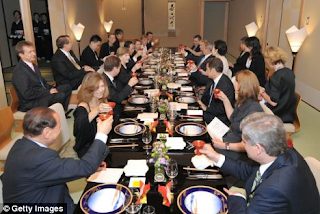 In the more colorful speeches homogeneously influential to the rhetoric being bantered around in the heart-warming crap with which our beloved leaders wash down their lunches, is the completely obvious conclusion that war, misery, famine, and human tragedies, natural disasters, but never puppies, are the womb of the refugee crises around the world. No, really. It is what they say... 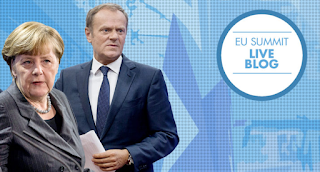 ....capitalizing on the disaster du jour, be it hurricane, or whatever their political enemies had for lunch, careful to draw a conclusion, or two, about how their produce or their entrees were imported from Africa, or Mexico, or from whatever nationalities sneak into Mexico, and how bad those people have it.

That, of course, is the spine of the rhetorical vortex. For whomsoever bears the eternal grudges of that cabinet of out-of-touch game show hosts, as it arranges nicely the common diction prevalent in their second careers as politicians, and for whom their enemies real or imagined are: none of them, not one, bears any collective, nor personal responsibility for the miseries of the human experience. 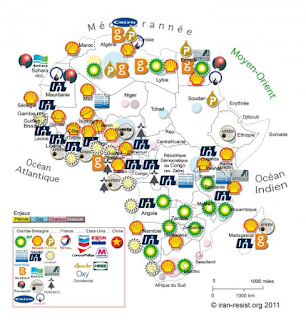 Why Do We Let The Africans Just Keep Making Refugees? 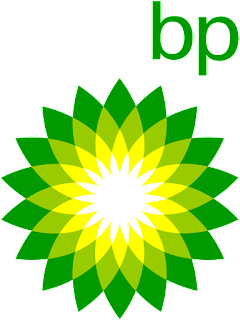 Well, because a real solution isn't going to be possible until Angele Merkel thinks of it, first. And then, the powers-that-be have to see the worldwide benefits as outweighing the price. After all, misery isn't strictly a third world problem.

But, especially in the case of eu, there is already plenty of misery in Europe, and so should charity begin at home. It remains unforgivable how ethnic Europeans, that is, ancestral Europeans, are being regarded in Europe. And it is definitely a warning sign for us.  As most cases for derogation could best be explained by that old venerable American, Ben Franklin, whom said, "A stitch in time..." Why not work the refugee crisis with prevention as a mission statement?

derogation-legal term:(n) refers to the state of permissible non-compliance granted by the European High Court to a member state for reasons that it cannot comply with one or more of the 35 articles of eu, and their amendments, and protocols. ex: (not real) Spain is out of potable water, so it cannot accept anymore camels, but all other eu member states must continue to accept camels, is an example of derogation.


By 1970, clearly Europe, in particular, was having problems with what the UN Council on Human Rights really meant in terms of regulating Africa. At some point in the 90's, some fine person at the UN recognized that Africa is the Father of the Refugee Crises, but that to stop the human endeavours creating the womb thereof, without getting dirty, "stand back" approaches would need to be created. But that was not as bad as when those conceptions were quantified, and fitted into the framework of solutions-to-be-attempted.
Those solutions were:


Blood Diamonds were the watchwords in Europe. But, like ivory and tiger galls, and tragically, unfortunately, they are still very much available.

And, for as long as westerners will pay for rocks, souls will be kidnapped and forced to dissenter them from the unwilling earth, at a markup of pain, sorrow, and death. Requiem to say that blood diamonds are still a thing to be avoided like the plague, but with the 2015 Ebola outbreak, and the free-movement madness eurowide, well, avoiding blood diamonds like the plague is good for people whom are not going to be in contact with infected people.


While we are on the subject, Brexit happens one year after the outbreak demonstrated all that is wrong with Marxist/Merkelism. Coincidence? Nope.

Well and good we operate (some of us, anyway) on the principles that diamonds without provenance should be worthless...but the blood diamond issue is, itself, only a symptom of the bigger crime: African Warlord-Itis.
This seems like what the UN was perfectly designed to do....right....? Cure an entire continent's harrowing misfortunes, brought upon it by European colonialism, exploitation, and gunpowder.

Well.... if you check your war maps, the UN stopped being United some time ago, when, it appears, the Jewish journalists whose pens fell silent during the rape of Beirut, also seem to be again stricken with that same affliction regarding the recent UN Sec Council resolutions to un-Clamp those crocodile jaws, and comply with the two-state solution in Palestine...

...but they were soooo healthy on February 5, 2003, the date of infamy wherein, fed by 1991 data, and Mossad disinformation, Colin Powell removed himself from the running, and forever made our first black president an essentially derogatory one in terms of his relationships to power. What a waste of an extraordinary individual.

Meanwhile, Africa is full of as many as thirty operating warlords, and just under twenty wars, and as many regional conflicts, why are only a hundred American, and a roughly equal number of European Peacekeepers in Africa, and why Niger?

One word: CNN, three more: Black Hawk Down, in a word, Somalia.
The insanity of limited theater engagement has been well understood by military commanders on the modern battlefield at least since Vietnam, as an unlearned lesson. Korea, as a misunderstood one which they named, The Truman Doctrine.

The Truman Doctrine simply stated that the foe could be contained, then held outside of a perimeter, and thus peace maintained. This, of course, worked in Korea....and only in Korea. It has never worked anywhere else. Unfortunately, due to the impact of limited theater engagement upon military thinking, we are still suffering the poisoned waters of Pyrrhic victory acting anything but victoriously upon yet unwon- things...not wars, not battles, just, things, and we can thank people like NATO Central Com Gen Votel for that.

Not that this son of a brass shining floor waxing square dancer gives a crap that his thinking is squarely outdated: guess again. And, without a carcase to sacrifice to the career gods of military-innovation, well, he will likely walk the very same half century rut eleven other NATO generals did, in the very same halls, and from behind the very same desk he currently occupies, from the time he was commissioned into the United States Army in 1978, till now.

A Cold Warrior still fighting his dad's, and his dad's dad's wars, and this is the biggest reason we are not winning them: limited theater engagements are simply not won. They are, like Korea, just kind of, unfought. And this silliness has transferred to the feverish thinking of eu leaders, in particular, none of whom have ever really wanted to even accept envisioning the huge cost of manning and planning the logistical and combat mission to de-militarize, then criminalize, the Warlord-Itis of Africa. Much less, print up enough fake money to do it! 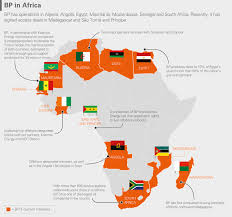 Niger, however, requested the current mission, for which one hundred US servicemen are rendering assistance, from Barrack Obama, in 2010. It seems he intended to use the assistance as soft-cover for staging Operation Oddessey Dawn against Libyan dictator Mohammar Ghaddafi. No offense, but that is so sneaky.

Since Niger is close to Libya, when they called, we pretended to answer the phone not too eagerly... And, after all, being grateful for the hundred men or so that Niger sent for ReBush's idiot solo in Iraq, (by no means should call to question the bravery or valor that those troops demonstrated) we were obliged to listen, at least. You know, we are kind of indebted, just not quite indebted enough to see the realities, and commit to them. And this is the new white man's burden.

Twice in recent years a civil war (if you asked the ethnic fighters) has been labeled a "ethnic/native" uprising over oil, labor, kind of like blood oil. Truth be known there is room for both sides to come to terms: but this is how African Warlord Itis does what it does. Niger is a typical applied military attempt at resistance to this murder, take over, make war, make peace, repeat. And, for the sake of peace, War Lord Itis still is eating the dozen, or more, allied parties who figure in these conflicts.

For its part, the larger tribe becomes the western style military, ie: sells the _____________ which is the natural resource making the money. In Niger, British Petroleum is the bad boy with the bodyguards. But, all of the land, beaches, fishing areas being polluted, and this is admittedly, the short-list of native complaints, but all of these things are native territories which were either in-dispute, or in limbo, or the Niger Rep Government did not inform the natives that their ancestral homes, etc, now belong to BP.


Africa is replete with these kinds of fantastic tragedies, like entire cultures in fuge, and it has been for years. But the real derogation cannot happen in Europe, nor in the United States: the real derogation is facing facts in Africa, and doing so in a military mission unsandbagged by confusing diplomatic vocabularies, and realizations about the human cost over time, versus believing, foolishly, it is a mutually-excluding solution.

It is the refugee crisis, it has "crisis" in part of the term! Nowhere does the word "solution" appear....unless their votes are keeping you in power in Europe.

So, when we start to open dialogues about Catalan and Spain, and for whom the bell tolls yet, again, and we remember that the world is round and comparatively rhythmic in terms of themes both causing wars, and reaching terms of peace, let us also remember that Europeans, Americans, and pretty much everyone has had a taste of exploiting African resources.

But the bell has never tolled on a concerted effort single-mindedly guided at determining an end to the screws that are turning and troubling all of these waters. And if we all could get along long enough, if we could outlive the Bilderbergers and do it, maybe our kids will not hear a third part to the tolling of the bell.