Scenes of Crimes: We Support The Visegrad Four 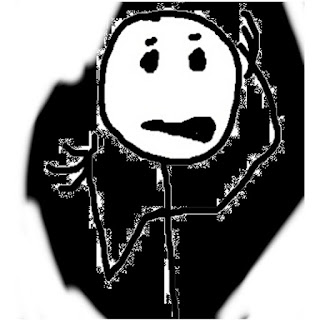 Most of the readers of this Facebook page are Americans, but my blog's readers, including she who will not be named, is not American, and has noticed that I 1) missed the Euro-wide lamentation of the unprecedented fourth Chancellorship of Comrade Merkel, and 2) lost them in an unending rant about Alabama politics.


Apparently, I will need to blend the two.

For the new kids: we Europeans despise the eu. It was yet another good idea turned bad, like Democracy, whet dreams, or paper money, rest areas, etc, which may have started-out well-intended as most ideas do, but then were completely and totally ruined by Bilderberger greed.

Making my one world, and most everybody else's one world, or the other; it made them into really two scenes of the same crime. Also, they are two scenes of the same criminals' crimes.
And without seeing both, it is easy to let the opportunities that created the thieves to continue to eek by...until we are in a state similar to California, broke, overrun with vice and improprieties at all local, state, and federal levels, and an idiot cadre whacking the drum of, "Let's get stupider, and subject our brain-dead citizens to people who want to murder them for being LGBT...or S."

S is for Stupid.

Upon both sides of the Atlantic we have very similar problems which are manifesting differently.

Just some beginning pointers, so we are all on the same page:

The Visegrad Group is lied about daily in the eu friendly press. It is accosted, blamed, hit with numbers, all while Donald Tusk, the President of the Council of EU, is a Pole, (V:4 is, Poland, Hungary, Czech Republic, and Slovakia, not Slovenia, which is Melania Trump's home nation), and has been unsuccessful at reigning either the Poles, nor the ruling Law and Justice Party, back into the fold.

Quoting Morgan Freeman, "Every time I think about that, it makes me laugh."

The lies in the eu media, especially here, really speak that all Europeans support eu.
Casa Pound in Italy, FN in France, just a few of the hundreds of millions of Europeans who want out. Today.

Austria has militarized its border with Italy. Italy has finally sued and recieved the right to close the access by refugees on the high seas. Meanwhile, French cuck Macron, is setting up "Entrance to France" stations in Africa!

Oh, yeah...
For Euros: Alabamians believe, in my opinion, in a particularly uninformed way, that Roy Moore, whose dialogue violates a sacred US cornerstone of its Bill of Rights, separation of church and state, is what Alabama needs.

I have been arguing that a guy new to the national scene, and a non-Bilderberger, most importantly, has zero friends who are, would be of great service to the president at this time. Whereas Moore, whose D buds are currently disassembling the Second Amendment, which is the right to carry guns, has Globalist friends already ruining the country, in his party, and the other one. His violations and theirs are actually violations of brethren...not things we would do.

For my blog: back to eu.

Sorry for all the weirdness. For my fb, I will continue covering all things Globalist, 538, Politics, and when relevant, eu.

And I should say for Austria's sake: we may have a V:5 very soon. Americans should not endear themselves to eu hype regarding hostility between Italy, Austria, and the V:4.

Now you can kinda see why.