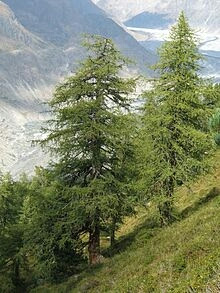 This is the most tragic thing I have ever seen. Trees, frightened of the possibility of yet another rubber-check Hillary Clinton novel, fleeing uphill into the State of Colorado, where D Governor, and Clinton "ally", John Hickenlooper, has refused to accept the pleas of the trees for asylum from the rhetorical and loquacious, shallow and outed, pedophile and criminal.

"PizzaGate isn't real, there is not even a basement in the Comet Ping Pong building." lied Clinton promoting her book, which happened to be nearby a patch of Douglass Firs: the most intelligent of all trees.

The buildings surrounding Comet Ping Pong, some still bearing the banned symbology of FBI identified pedophilia-codes, had been found to be disputed as pedophile hotspots only by people extremely fascinated with the obvious.

Meanwhile, the office of the Colorado Governor was quick to announce the appointment of a special lumberjack to investigate the trees' claims, for which the Republican party of Colorado immediately filed suit, and then the Governor reversed his initial "wait and see" attitude, and granted a general asylum for all trees and larger bushes able to cite reasons they have to feel persecuted by the unprosecuted lies and arborophilia, as well as other crimes of the Clinton family. Arborophilia is an unusual sexual attraction to trees, particularly saplings, as well as the compulsion to write excuses repeatedly. Arborophiles often mysteriously, and in spite of any proof, blame their odd activities on Russia.

Email ThisBlogThis!Share to TwitterShare to FacebookShare to Pinterest
Labels: Again, Ever, Fakenews, Hillary for Prison, Morgan Frerman is a IDIOT, No Chomos in the WH, Real Concerns