The First Critical Analysis Ever of THE MEULLER REPORT

In the recent history of the United States, special investigators, and commissions, as well as the reports they compile, tend to appeal to the lowest common denominators within the scope of an issue.

What we are left with, in regards to the 9-11 Commission Report, is that its findings are only challenge-able when they do not agree with any given administration's desire to wage needless and costly war upon another nation. 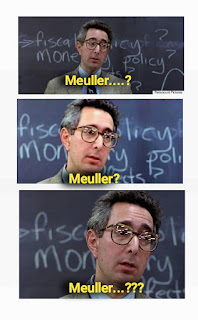 In regards to The Warren Commission report, former President Gerald Ford, when appearing on Larry King Live, said, "We were basically given a shoe, and told to make the foot fit into it. We were given a conclusion, and told to indulge only that factual evidence which supported that conclusion." In truth, this is pretty much the logic behind them, all. The Whitewater Commission found no criminal activity had been engaged by the Clintons, although there, indeed, were clear-cut cases of insurance fraud. Ken Starr cleared the president. However, when the Lewinsky case was tacked-on to the Whitewater case, with its implications of perjury: had that perjury not been as loud and as often, Starr might have cleared him then, too. 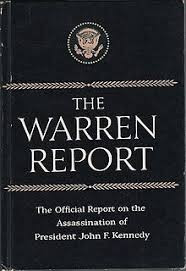 However, it would seem historically accurate to portray commissions and their lengthy reports as favoring the current administration.

Mueller's investigation, however, continues to push envelopes, then to outright travel out of bounds. The tax records of family-members of Trump's family or those of his campaign's is a really a way of saying that there is nothing on the president.

And this could be very damaging to the Globalist congressional contingent whom maintained, in spite of a clear lack of proof, that Russia hacked, then interfered, and now tampered with, the US election. And that graduation-of-terms is not a typo. It is literally the course that the press has chosen to attempt to redefine the degree of severity of Russian involvement: as if "hacking" is more illegal than "tampering".

And that section in Congress needs this report to 1.) find criminal liabilities and illegal acts on Trump's behalf, or 2.) to use inflammatory language to make legal mountains out of molehills, or 3.) they need to delay the report until Trump leaves office, or at least until the chief Inquisitors can distance themselves from the substance of "nothing" rendering from the sound and fury they have been full of for over a year.

If they wish to seem sincere, but lack any sort of actual evidence, they simply draw up a host of allegations, no witnesses named, and no corpus delecti. These types of indictments are known as ham sandwich indictments, because they can be used to indicate a ham sandwich. Innuendo, stating legitimate things in a new, contrived, and allegory of their being illegal, this is how these work.

There is no way a warrant served on ham sandwich indictments goes to trial. The lack of witnesses, most prominently, shoots them down.

This Congress has already failed to implicate other members of Trump's team. Most notably, the disastrous and slanderous allegations made against Mike Flynn by Eli Cummings and Jason Chaffetz, which either interrupted television programming, or were otherwise carried live coast to coast, and represent the worst in American politicians perhaps since Nixon.

The allegations made against Paul Manafort tend to follow this type of slander/wait and see/ cleared by lack of action. This is very illegal.
The latest claims, assuring Manafort that he shall be indicted, do nothing, whatsoever, to fulfill the task for which this probe was seated: prove Trump engaged in both assertions of Russiahacked.

Casting a lot of hot air and hodge-podge of half-baked Congressional assumptions about Paul Manafort does absolutely nothing except fall very short of the mark as set by Meuller, and the Washington insiders who seated this "investigation". That falling-short should result in the repeal of the Magnitsky Act. Manafort, like Flynn, is innocent. And this type of Nixonian school of dirty tricks should recieve the uttermost of American contempt.

The blatant lies, slander, and hints of illegalities as announced by the pair Cummings and Chaffetz, in terms of the Flynn debacle, served also as the highpoint for this Neo-McCarthyism led by Sen Rep McCain and House Speaker Ryan, whose attempted cannibalization of their president demonstrates to one and all the real host of their loyalties: Wall Street Zionists. The non story about Manafort recieved zero live press coverage, as if even The Daily Show didn't wish to be the only press core represented there.

I bet they both weep each night over Sergei Magnitsky....but, in reality, I bet they weep over the money Russia seized to keep their banks Russian.

But Magnitsky was a traitor to his nation. And, the transparency of Congressional activities of late would tend to mean that, in reality, they are working for dishonorable paid-for revenge against against Russia for defending her banks from Rothschilds take over.

Trying to drag the president's constituency and the president, himself, down and through the mud has not weakened the resolve of either. But McCain and Ryan, and many others, may soon find a pink slip from the voters, you know: the people they forgot that they used to work for?

But, legally describing this, well, that will add like four thousand pages to Meuller's findings. But, unfortunately for Globalism, if this is the case, the next step, to repeal Magnitsky Act in retaliation for playing a Beltway insider game not against Trump, but the entire country, would be suitable as a response.

The absence of crimes shall not, however, make peace in the idiot gallery, nor shall it result in a short Mueller Report. Most likely, the many many dealings with Russian interests of Trump, Intnl, shall be used to insinuate illegalities not by Meuller, but by the Congressional Aids tasked with buying time for their charges while they try to ease the blow that the relationship with Russia cannot be anymore interrupted than it has been.

But that is behind the scenes.

The cameras will flow upon scenes and names in similar fashion to the way that Cummings and Chaffetz slandered Mike Flynn. And though these things are illegal, any true fan of the president's, upon hearing that senatorial proteges of McCain, for example, are pointing fingers at individuals, whom then remain free, this should be the same as, "all clear."

This is the US Senate, anymore, honor is not involved.

But, unlike Mike Flynn, whom is a lifelong soldier, these people that the Senatorial sleaze-creatures try to indict publicly, they may choose to sue. And, more than one may feel enough loyalty to their president and nation to refuse to settle-out, and file suit, and prosecute this witchunt, fully.

But the allegations do not have to include slander. Without any, though, the fakitude of both Russiahacked, and this witchunt, demand equal and opposite grinding, in-kind.

To deal with every ramification of this year-long peppering of just bad-direction, Congressional power-brokers would find it expedient to read the report prior to its being released, then to attempt to act prior to its becoming public.

This consists of two possibilities:

Like Hillary's cheating bearing little weight in her recent hints that she will contest the election, Congress pushed for the Meuller Probe more than the DOJ. And this just outright means that it is eaten-up with political motivations.

The illusion of R defection is just that, illusion. And it is obvious that the bipartisan Magnitsky Actors pushed very hard for the Meuller Probe. And, 20 million plus dollars later, they should not simply be permitted to scatter, like when the light is turned on and roaches scatter....

But, that is exactly what will happen.

The real disgust, that Globalist Congress could not force Trump to journey back in time, and violate laws, and then the same group of serpents could not force the report to be abridged, and reveal that their slanders have a hard-copy reference of crimes the Trump camp committed, nor that they could not collectively delay its release until they could read into its 4,000 pages any minuscule point to excuse their disloyal behaviour, shall fuel an apparent degree of veracity to all this hot air smoke and mirrors. But that is all.

Claiming that a probe this expensive, this long, and this already damaging to both Russia, the US, and the world, that it is also wrong, or in some way, inaccurate, is infuriating as I sit here, and foresee it.

When the contingent of Globalist Congress does exactly that, will we let them get away with it?

The greatest issue the Meuller Report shall uncover, is how should we deal with a press and congress this corrupt?

Note: Ryan and McCain believe that their party loyalties preserve them. Should D get smart and go AntiGlobalist, then just desserts could be dished out PERFECTLY.