The Alphabet Company is the actual result of a corporate restructuring of Google which seated Google's current CEO, Sundar Pichai, in 2015. This restructuring seems to be less of a asset-swap and more of a defensive posturing stemming from the acknowledgement that Google may one day suffer the other foot falling in terms of monopoly, and the bad behaviours best exhibited by their inexperience, as well as their lack of tact.

In the move to restructure Google under the new Alphabet, a more tech-related direction was separated and removed from the two founders of Google, Larry Page, and Sergey Brin, whom elevated their influence to more financially-flexible positioning, while leaving Google underneath the new floor-rafters of the Alphabet Company, and under former tech development manager, Sundar Pichai: where it became bad.

When the antitrust hearings in Congress begin, they shall resemble the Church committee of the late fifties and early sixties, in which organized crime members were brought to the Congressional docket and made to sound off in front of the public and the government from whom the mafiosos drew their parasitic existences.

Permit me to use a simile... the Church committee will be more like a carriage. The entire session of committees necessary to convene, investigate, legislate, and derive a permanent disposition in regards to Google and Alphabet will be more like a fleet of Ferraris. This will not be short, it will not be pretty, but there is a crisis of imminent disaster if the matter is not choreographed and Alphabet itself not pried up, and the ugly abuses flowing through Google not laid-bare, and then lanced like a festering blister.

Alphabet might be be to survive as a conglomerate, but being publicly traded companies: there are some aspects of this 2015 restructure which provide points of reference through which the picture of the monopoly may be consolidated from what only appears to be a widely cast net, in terms of corporate interests.

Among other things, the bloated social media giants indulged their appetites for Globalist agendas, and engaged their insipid goals of attempting to replace the advancements to society accomplished under the progressive views of Eisenhower and Kennedy, and replace them with an all-out assault against contemporary Christian values which, by the way, are also American values. This process is called Antiprogressivism, and shall result in the utter loss of all those evolutionary changes.

The way it does the most harm is that, to these unprincipled simpletons, it appears that they are emulating Eisenhower and Kennedy. Both would beat them within inches of their lives were they living, today. And Kennedy was murdered by Globalists, by folks like they....so, there's that.

The failure to recognize limitations and boundaries is the very impetus of criminal behaviour. And Google has really demonstrated that it cannot be allowed to exist as it does, now, for very much longer. Zuckerberg was lying, or extremely naive in his denial of #PizzaGate since day one. His witchunt to clear the defiled Clintons was ill-suitedly his swan song.

"It is time to thrust in thy sickle and reap: for the harvest of the earth has come nigh!"-The Book of Revelations

But such things as limiting antiabortionists' online activities, and refusing them the right to their views, is just one example of the lessons of election 2016 not taking hold.

The entire attempt at controlling human thought is being heralded as progress in their delirium stupors. But, the lesson remains unlearned, and is best exemplified in the very loud and public way Google shot themselves in the foot, and failed to use 538, and successfully usurp the 2016 US election.

Then, instead of laying low, they escalated a war against the government, and against any contingent of Americans whose views differ from their own.

Now thoroughly a monopoly of media, with less-than-noble intentions for humanity,  the absurd attempt to murder the Christian identity is held out as the privilege of their wealth. But it is actually the birth canal of a return to poverty, and the categorical "lesson-learned" in terms of the fate of these men.

Nate Silver is the lynchpin, but he is also merely a fall-guy for these men. He probably does not deserve prison time.

But those whom deserve prison are Pichai, Zuckerberg, and any members of the boardrooms respectively participating in the exceeding stretch of legal-status for a pop-up dotcom contract, and then trying to engage the pulsing wits and gravitationally consequential massive body of coordinated effort in order to fix election 2016 by constant streams of data assuring a Clinton victory.

These are wars made out of rumors and attitudes, where, in their shortcomings as human beings, they believe that truth, and the confidence it awards, is merely an act, a dramatizing of victories not yet won. But, the Christians they gleaned these opinions from never doubted in God: this elemental lacking in their character accounts for both their failure to steal the election, and any devastating disastrous consequence of their superimposing badly conflicting and amoral dogmas upon any future events in which they tempt somebody who has the right to hurt them. Somebody like Russia.

And they would have got away with it, too, except that this is a democracy.

And if nothing is done, they learned that lesson, too. Are you hearing me? 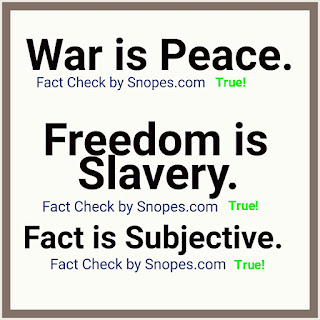 Increasingly Zucc, Schmidt (Google's Liberal Brain Trust) and snopes have been trying to both one-sidedly convict Russia for beinf their paying customers, in incredibly small amounts of money, so small, that their sum could buy one thirty second spot in prime time, and this is yet more evidence of their attempts at trying to rule the nation from abstraction.

Snopes used to be respectable, but their latest steaming pile of lies, "Antifa's Nov 4 Uprising" was created by InfoWars, is only going to make is laugh harder.
But it also speaks directly to the FTC about the urgency with which social media is both trying to start, and then to manage, a civil war. And from CIA, they learned scapegoating, but chose just very poorly...

Already waiting, like a bride forsaken, is Yelp, whose 2012 Antitrust resolution v Google included not one Yelp image should be found on Google search headings..

Recently, and arbitrarily, and under three hours, the Yelp folks discovered thousands.