The constant mainstream media attempts to debate either the election returns, or the Brexit referendum, are furthering efforts to enter and dwell in La La Land.

The election in the US is over. The referendum regarding the host of bad decisions that accompanied eu membership has been decided. The deeds are done. 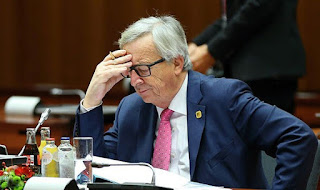 The Brexit Committee, upon either side, is like watching trees in the wind. But, somehow, the mainstream media is reminiscing for the old days, with Millennials squarely in the killbox.

The "anxiety" eu claims has afflicted the "majority" of Britons, in reality, is the pro-eu media capitalizing on the uneventful and sluggish pace of Brexit.
"No refugees have been cast out of the country, so Brexit has failed." claim dopey politicians, and the follow-mentality-having Milennials, repeating their every strategic word, all the while hanging on them, too.

The reality is that The Treaty of Lisbon forces this pace of slow, and uneventfully remaining the same nation as it was sixteen years ago, when the money held in British banks had value, and when terrorist attacks due to multiculturalism, were still, as of yet, unheard of. 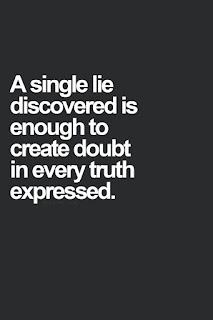 The irony is, that if you are British, and Soros isn't paying you to complain loudly about Brexit, and the loss-of the point: well, then, you're actually complaining about eu! Because the fickle cuckdom which seated the Treaty of Lisbon, also designed the Article 50, and the time-lines involved. And guess who is directly responsible for your complaint? She runs, almost unopposed, against a proxy candidate and in a September 27, 2017 proxy-election....care to guess who designed the pace of which you are complaining? It is the nether-world of eu regulation about which your Millennial eyes are rolling.

Eu is the responsible authority for the fact that, by international agreement, British sovereignty, that is, the right to remove the giant stick in butt refugee crisis by removing refugees, cannot occur until the two-year period of time is completed.

The arguing back and forth by the Article 50 Committee shall secure no place for refugees in UK, however, as this giant mistake shall not be negotiable come April 29, 2019. But every day the cuckery exchanges pinches and mincings of words, anyway. So, make no mistake about it: the refugee policies have nearly defined eu's failures as policy-makers, financiers, and even criminals, if one includes the Panama Papers scandal.

So, do us all a favor, young Briton: take Soros's money. But, remember: yours and his efforts are to destroy your country by affecting your fellow millennial. This "pro-Brexit rally", for example, is directly due to the brainwashing having succeeded upon your generation.

You actually believe that eu existed for sixty years, as did the euro. But try to understand your parents' concerns, because it most assuredly did not. Your generation might be lost: but the one after you shall not be.

If your generation, however, were to go to a public library, and look up eu in a pre-1995 volume, then you, too, would understand our concern. Your belief in eu is not based in reality, but in a highly offensive abuse of historical facts, and demonstration of lessons-unlearned and inbound like bankruptcy.

But the intelligent folks, the older folks, voted out because the Millennials are lost, like Sweden, Germany, and Spain.

But, if we speak of Catalonia and Spain, we speak of damage done to Spain by eu, along the same lines as Kosovo being led by a pro-eu war criminal, whose unexperienced consequences are as an aberration to nature as gay marriage. Yet, political expedience, not right and wrong, administered the cucks of eu's determination that law, facts, and the log unending of historical fact, are all of them subjective to the ineffective meta-state, as it collapses European peace, and does so in acts of fraud both criminal and moral, and does so with the idiot contingent in Europe incomprehensibly cheering them on.

It is similar to watching a rape victim whom does not comprehend that the word for "no" in her language means "more violence against me" in his...

Haradinaj leads Kosovo, Catalonia, the Confederacy of Spain, asserts its independence via eu backing, alone. And Spain, more starved for cash, and more threatened by a loss of identity than at any other time in history, will allow this to happen mainly because the Millennials in Spain judge the previous two generations to be out of touch....until the bills arrive in the mail for participation in eu's major-league games of "pretend", and the inevitable "I told you so's..."

Until then, do us all a favor, and remember: the pro-eu media lies. But, if we were to apply that knowledge to the source of all the assurances UK would remain in the sixty-year old meta-state, like the Globalist media was declaring in the weeks prior-to Brexit, we may begin to learn a lesson, here.

Then, we might learn to remove the doubts and buyer's remorse, which eu attempts foolishly to plant into your brains each and every single day: because fool me once, shame on you. Fool me twice, and if I am a British Millennial, the shame is mine, but I will not accept it until after pointing the finger, and haranguing speeches exhibiting my lacking of insight, and possessing of blame
All the while, the clock ticking upon the cosmic lessons which are bound to visit me with the ghosts of unfaced facts, and during the quiet still of late darks of night, when hurting others by vindicating my dishonesty clarifies as "the fool I am making of myself."

But this process makes me whole. Thusly, it neither occurs to eu, nor its media advocates. 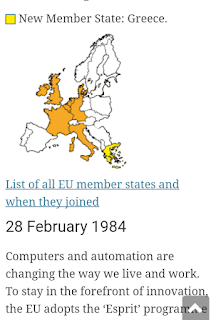 Here are even more contradicting facts about eu....