....And The Fight Went Into The Gallery, And The Emperor Fell

The pop-up terms and conditions element is the sharpest knife in the Facebook drawer, but, it is also, unenforceable.


Is a virtual world identical to the real world? No. The two worlds are divided by the voluntarily participated- in virtual world being optional, and reality being mandatory....for most of us.


Without an attorney present to explain the nature of the public's right to the guarantees of the United States Constitution, and to clarify the evolution of any given social media's terms and conditions, the methods being employed for censorship of clientele by the Big Social Media corps are an example of a monopoly which is being traded publicly.

Any evolving and convenience-driven policy of censorship, which may enforce an image of the CEO's personal political or religious views, represents an immediate threat to both the Constitution, the democratic ideal, and, ultimately will begin the termination of freedoms.

By what merely appears to be legal, and binding, a contractually launched acquiescence into the suppression of historical American values has been undertaken by those whose ulterior motives can no longer remain hidden. None is as a fool as he whom gives his freedom away...

Yet, in order to comply with the law, the Big Three Social Media would first need to clearly express that the usage of its websites costs you their accessing your data and statistics, information gleaned that users provide in a constant stream.

The resulting sell of this data is social media's bread and butter. That this issue is neither made clear, nor the proceeds shared with the victims, has begun to reveal a streak of factual observances of social media which are, shall we say....unsavory?

A female cannot be contractually obligated to give up the custody of a child born for the benefit of adoption by a parent or set of parents whose signed contract is nullified due to the course of nature causing the would-be surrogate mother to change her mind.
The reason is due to the inability of the surrogate to comprehend nature outside of having experienced it firsthand. Thus: the surrogate contract is terminated. And often the plaintiffs are out both a child and whatever money was forwarded to the defendant.

This is but one example.

Facebook, for instance, travels as a signal through technology and satellites proliferated, built, paid-for, and launched by the US Gov. Facebook is also a publicly traded company.

Therefore, the evolving role of Zuckerberg's censorship is unanticipatable by Facebook clientele currently being censored by reason of a conveniently evolving and unilateral definition of Community and Standards.

But the issue is definitely exacerbated by a one-dimensional fine-print legal accompaniment, whereas, should clients be advised that "Christians are not welcome, here" they can avoid dilemma, resulting in both honesty, and a steep decline in Facebook data gleaning and sales, as Christians refuse those terms as despicable.

When the US Gov arrests someone, or any agent at state, local, or federal level arrests someone, the Miranda case demands that the rights of that person be clearly explained. Otherwise, anything that the person says is inadmissible in court.

The popup dot.com social media contract is a feature of a publicly traded corporation, with a legal entitlement to act duplicitously against the very human beings from whom it gleans all of its sell-able data. Otherwise, the client has no real use to these corporations except as an intellectual property asset, by reason of any given future logon potentially increasing Facebook profits.

This represents both AntiTrust violations, as well as unethical priorities. For nobody would have ever volunteered to use Facebook had the current state of duplicitous enforcement of community standards been stated plainly, from the start.

But this is not all. Facebook accusing a Russian purchase of $100,000 worth of ads during the 2016 election constitutes the paradoxical hypocrisies ensuing when Trust violations begin asserting their "moral rights" over both a clear majority, as well as historical values. The fact is, this is an attempt to link to the clauses of the Magnitsky Act. The problem is that had any such violations actually occurred, then both Obama, and House Intell Comm chief Jason Chaffetz, are in violation of the Magnitsky Act, as well.

This, coming from people screaming at a huge American majority whom support their president, "We know you will try to put us in jail...."

But, likewise, using the "catch phrase" Russia hacked the election, in spite of Obama's denial of any such hack, and now using the term "Russia interfered with" to the ridiculous repeat of the exact same mythologies of Russiahacked, indicates an attempt to retroactively remove Facebook from its role in having employed its Community Standards: which, apparently, the Russian corp in question, didn't violate.

The saddest thing is how Facebook actually believes that people were so impressed with a dropout 's stolen intellectual property, that they would walk hypnotized into the ballot booth, and contradict their freewill. This, in spite of the CIA asserting that the tenets of mkultra were unattainable via torture! But, Russians prevented Hillary from being president for a mere $100,000?

Nonetheless, a host of realities in American law have confronted the fad that Facebook is. Antitrust suits, and Mueller's imminent clearing of Donald Trump is how this pity party began to end.

Americans asserting their Constitutional rights shall peel Facebook, Google, YouTube, and Amazon like latex from the molds of the satellite born linkages and communication, revealing humility, loss-of-monopoly-style-income, and intense regret. 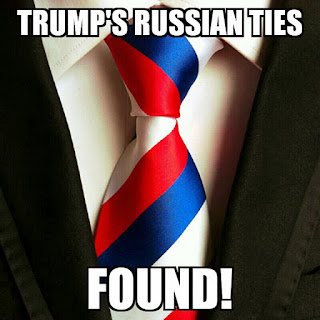 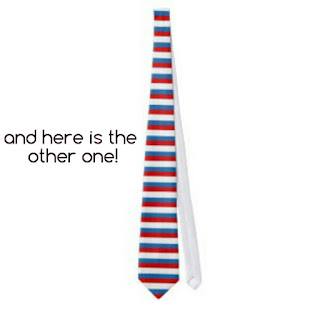 Email ThisBlogThis!Share to TwitterShare to FacebookShare to Pinterest
Labels: Russiahacked still fake, the sound of swans singing, Zucc is done