538, Google, Facebook, And The Crisis of Confidence In America 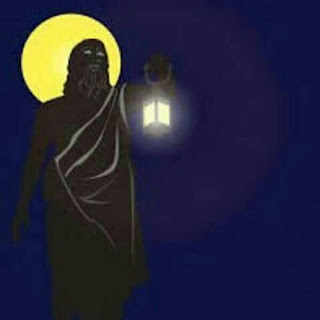 We are facing some very sundry limitations as a nation of social media clients. And, we are causing this crisis as CEOs of a sector of private industry which is, in all sincere and insulting deliberate force, guilty of, at best, horrible judgment. And at worst, the Social Media Complex is guilty of conspiracy, and violations of US Antitrust legislation, for having failed to limit the scope of the path of slander come libel, and failing to control themselves. The social media's corporate community has attempted to validate it's individual CEOs' political beliefs, and engaged in promoting candidacies, political parties, and is at war with the truth.

538 is the connective tissue to the comedy-of-terrors which the minority candidate, as well as her supporters, have been regurgitating upon friend, and upon foe, in a vain effort to avoid having to face the tragic realities of the Clinton modus operendi.

But, without a measure of the strata of Nate Silver and 538's mathematical models, and thus proof of his contrived results, we are at the crossroads, and we cannot afford to wait for them to volunteer their wit and contrition for very much longer.

538 is a social media website which put an air of delusional self-assessment into the hearts and minds of the Democratic faithful via promising Democrats victory. And, without getting some answers, or fifth amendment pleas from 538, then this crisis shall continue to boil away; although there can be no denying when they lose in 2020.

The remedy stands: that Social Media doesn't have the right to impress and enforce its image upon its clientele: this is a violation of ethics so profound that it must be confronted comprehensively, and on many various levels. And those levels all culminate in Antitrust suits, to force a more decentralized corporate structure, and to allow for dissent at the upper-eschelons of their corporate design.

The conspiracy, however, seems to allow for the Washington Post, for example, to have a fall-guy in Nate Silver for that publication's role in the conspiracy against Donald Trump, against the people of Russia, and against ourselves.

The result proves that msm publications who were promoting Clinton and 538 were engaged in conspiracy, whether knowingly, or not. Ignorance is not actually a defense from the law.

Thus, msm legitimacy exists solely in the minds of the very very few, in this nation. And, thus quoting 538 for over a year, and quoting the metaphysical certitude of Clinton Kaine in 2016, the convulsions of election night are most certainly never going to heal by trying to punish the candidate whose win was predicted by most political scientists, as well as Gallup. Nor will it ever be resolved by denying #PizzaGate. We cannot bury lies underneath the truth, and we cannot hope to rest if the truth has become adversarial to us.

Email ThisBlogThis!Share to TwitterShare to FacebookShare to Pinterest
Labels: Antitrust Laws, Being the Goliaths, Defamation Laws, Facebook Goes Viral, In Court, Persecuting the Davids, The Hubris of New Money